Back in June, Google updated its previously Tango-only Measure to support all ARCore devices. This convenient utility is picking up some UI tweaks and a quick way to copy heights and lengths in the real-world with an update today.

The first change in version 2.1 is a rename of the “Length and “Height” tools that users drag into the viewfinder to “Distance” and “Elevation,” respectively. The tools themselves are tweaked to be easier to grab, especially when fine-tuning the endpoints to get the right measurement.

Meanwhile, once a tool is in the frame, Measure’s controls have been redesigned so that the capture button is at the bottom-center instead of the top-right. Aiding in reachability, the button to remove the current tool is at the right, while on the left is a new way to quickly grab the exact measurement in view.

It copies the current measurement — down to the ± value if Precision Display is enabled — to your clipboard. For those who don’t want their image gallery filled up with screenshots, it’s rather convenient.

Meanwhile, the app also appears to take advantage of a similar floating dot animation to Google Lens when initially identifying surfaces. Lastly, this update brings support for Android Oreo’s Adaptive Icons, with the Measure icon now placed in the default icon shape on the homescreen and launcher. 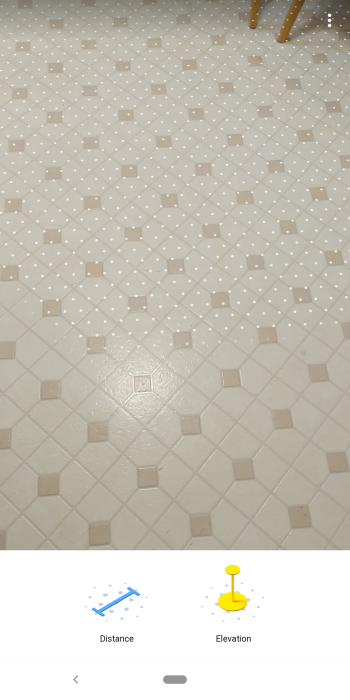 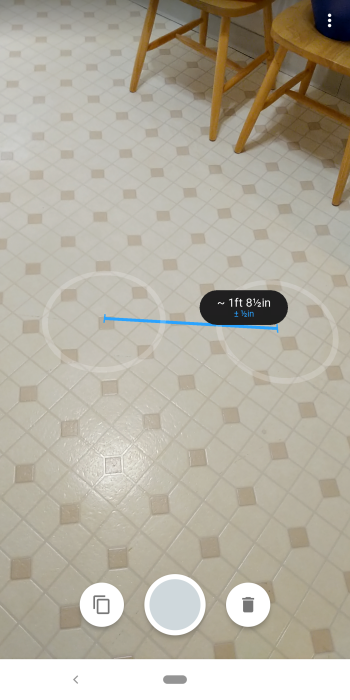 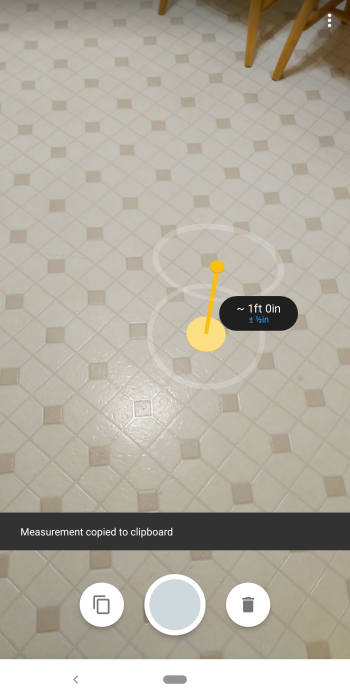 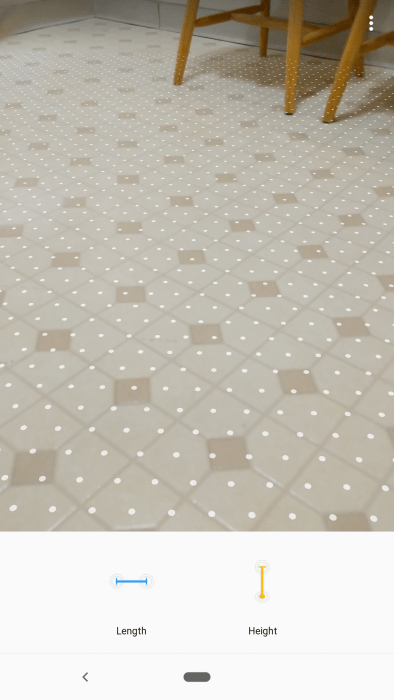