Google unveils the new Android Pie statue at the Googleplex 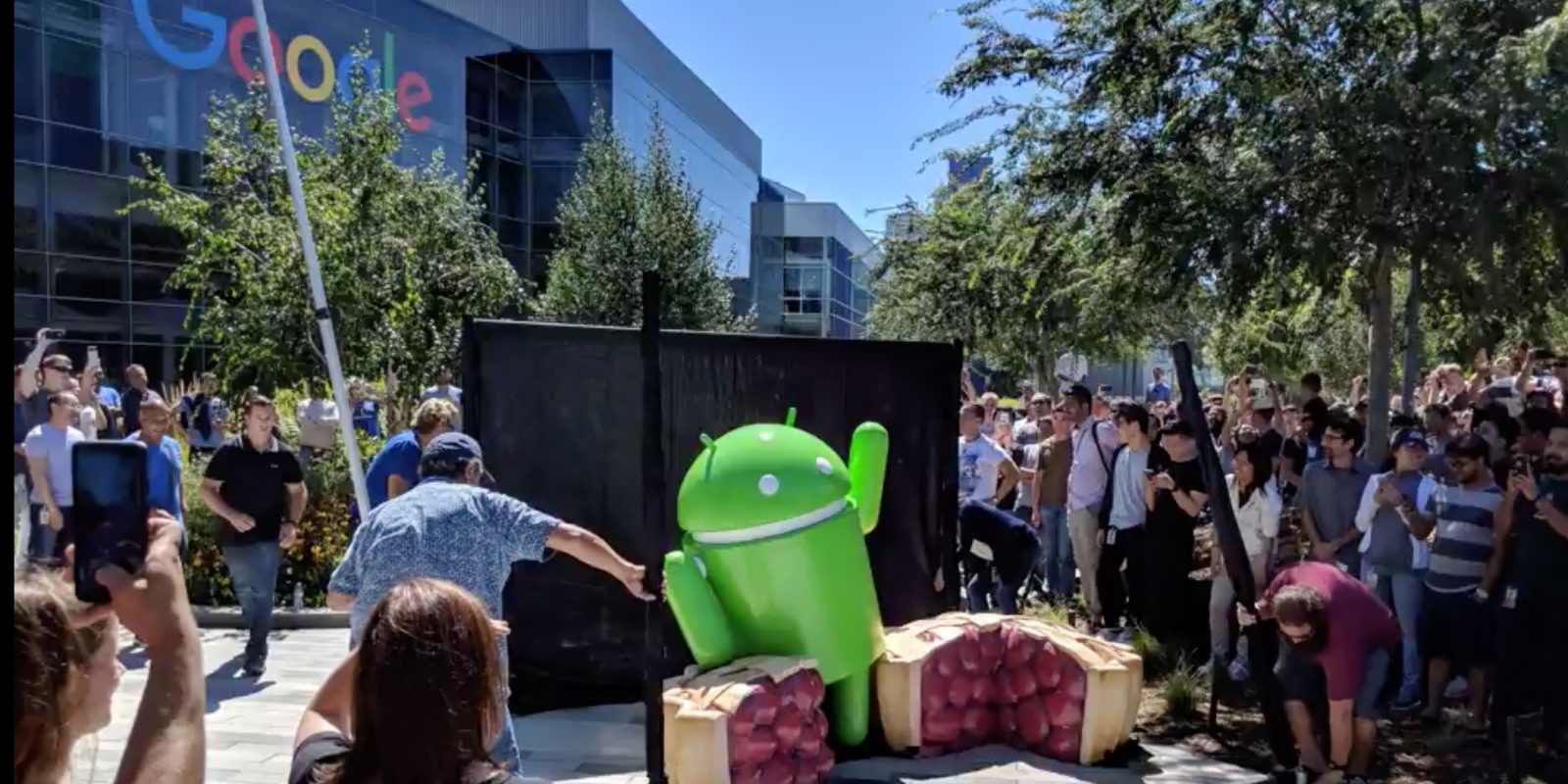 Google has followed this morning’s launch and reveal that Android 9 is named “Pie,” with a new Android figurine at the Googleplex moments ago. As is tradition, the green droid is accompanied by the corresponding dessert for the year.

Compared to last year’s joint Oreo unveiling in both New York City and Mountain View, Pie had a much more quiet ceremony in front of Googlers at the company’s headquarters. Earlier today, a cube surrounded in black sheets appeared in front of Building 43 at the Plex.

This afternoon, the tarps were removed after a countdown to unveil the Android figurine leaning on a slice of pie with the rest of the dessert next to the robot. Like in the logo, this appears to be a cherry pie, though the droid is not holding the slice up.

Reception to the name on social media has been quite tepid and quite obvious in retrospect given the Pi Day tweet on 3/14 this year. Meanwhile, whatever choice was unlikely to top last year’s Oreo co-branding that also featured custom branded Android Oreos with green filling.

Meanwhile, speculation has already moved on to what Android Q will be named in 2019. There are no obvious Q-named desserts, likely causing Google to use some other food-related name that’s only vaguely considered a snack.

There is not a single treat on the Wikipedia “List of snack foods” that starts with Q https://t.co/AQflfPDhL8

Calculating the circumference of an #AndroidOreo like…
Happy #PiDay! pic.twitter.com/ox5bsNkmnO