Huawei’s infamous sub-brand Honor had a couple announcements for us at IFA 2018 in Berlin today. The more notable of the pair of announcements was the Honor Magic 2, which is yet another entry in the category of bezel-less smartphones that slide to reveal the necessary camera hardware…

The Honor Magic 2 follows up on the company’s Honor Magic from a couple years ago, and its most tantalizing feature is that bezel-less display. Honor isn’t the first to achieve something like this, though. Another Chinese manufacturer, Oppo, announced its Find X with a similar sliding mechanism earlier this year.

One primary difference with this phone, however, is that the you must slide the phone yourself — the Find X was a motorized slider, which many expressed could be an unnecessary potential point of failure.

Rather than a formal announcement, however, it would seem that Honor is just teasing the phone for now. The only things we know about its spec sheet are that the phone will have a Kirin 980 system-on-a-chip, and that it’ll support 40W charging. Other than that, this phone’s mostly a mystery still. 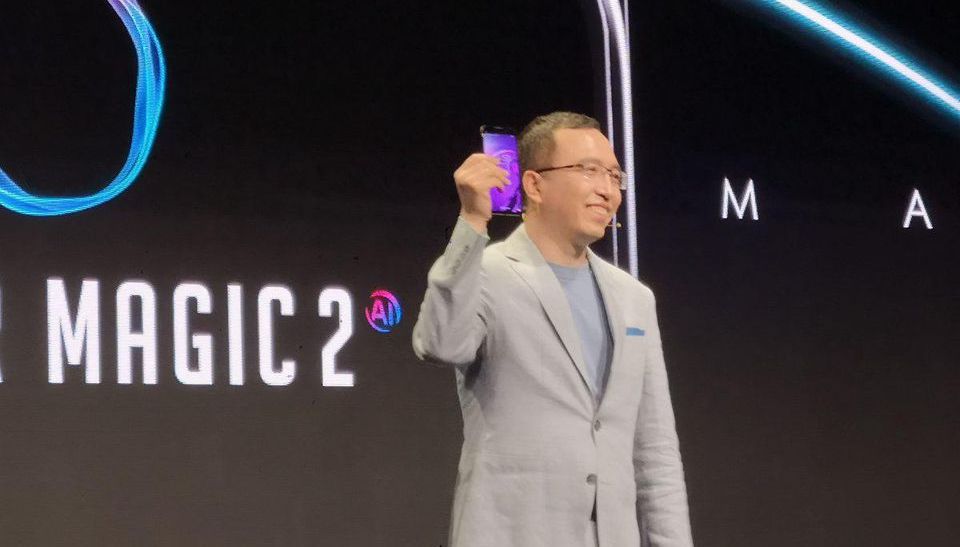 Forbes does say, however, that the Honor Magic 2 is a couple months from launch. It’s not clear at this point where the phone will be available nor how much it will cost — I’d bet against US availability.

Another of the company’s phones, the Honor Play, also got some attention today. The phone was first announced for China a couple of months ago, but now the company is expanding it to other locales in Asia as well as Europe. For those that don’t know, the Honor Play is Honor’s cheap gaming-focused device. For the price, it definitely has some impressive specs.