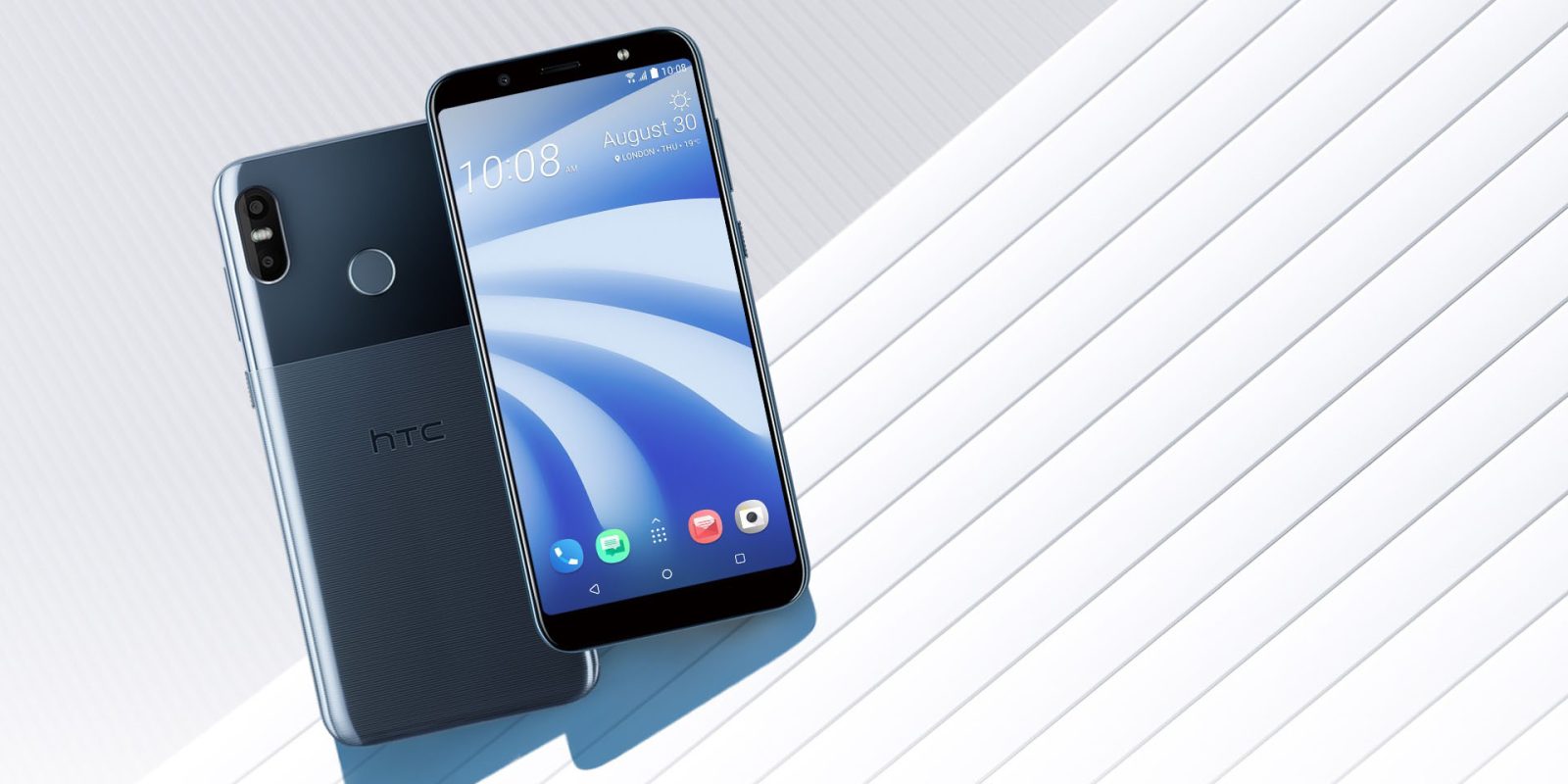 Long since separated from creating hardware for Google, HTC’s ailing mobile business has flipped from the cutting-edge to the mid-range. Announced at IFA 2018, the HTC U12 Life drops a few of the now commonly seen design principles of the numerous iPhone-clones available on the market already. Strong specs and a pretty steady design make this a candidate for best mid-range smartphone out there.

Straightaway it’s obvious that the design has taken a heck of a lot of cues from the original Pixel smartphones — which we all know HTC were responsible for — with a somewhat similar two-tone back plate including some interesting subtle stripes that will likely be loved or loathed. Even the fingerprint scanner sits in a position almost identical to the original Pixel, but the rear camera module has literally been ripped right out of the Apple playbook.

In terms of size, HTC has packed in a 6-inch FHD+ panel (2160 x 1080 pixels) in a predictable 18:9 aspect ratio. The interesting thing is the sans-notch approach, it’s completely devoid of one of the biggest design shifts in mobile tech. The internals powering this sizable unit are modest, to say the least, with the Snapdragon 636 processor and 4GB of RAM providing adequate headroom for general usage.

Onboard storage is limited to 64GB but can be expanded via the microSD card slot. The 3,600mAh battery combined with the more efficient Snapdragon 636 will hopefully power users through a full day with no problems. HTC claims that it should be good for up to 12 hours of regular LTE browsing, or 13 hours of continuous video playback.

Wired headphone users will welcome the inclusion of the 3.5mm audio hack, but the U12 Life also includes stereo speakers for a better wire-free media consumption experience. The USB-C charging port can stick to simply charging and forget about becoming an audio interface — granted you still have the option. If wireless headphones are more your thing, then the HTC Life also supports Bluetooth 5 right out of the box too.

Elsewhere the dual 16MP and 5MP cameras add the capability to shoot video in 4K at 30fps or 1080p at 60fps, whilst the front 13MP camera has an actual real LED flash for even better lighting for your selfies. Both front and back cameras have f/2.0 aperture lenses whilst simultaneously supporting HDR for increased image contrast, color depth and brighter images — especially in low light situations.

The HTC U12 Life ships with Android Oreo 8.1, with no information regarding an update to Android Pie yet available. This version will also include HTC’s Sense UI customizations, which are relatively lightweight when compared to other OEM Android skins. Expect to see just a handful of HTC apps alongside the standard stock experience.

Only European and UK pricing is currently available for the U12 Life, which is around half the price of the U12 Plus. You can pick it up for £299 in the UK or €349 in mainland Europe later this September. The disappointing part is that unlike the U11 Life previously, there’s no word on whether HTC is planning to release the U12 Life in the US.