Over the past several months, Google has been rather inconsistent about updating the Android distribution numbers. Skipping June entirely, July’s were not reported at the typical start of the month. The company is now reporting the latest figures on the very last day of August.

Having only launched at the start of the month for Google Pixel devices and the Essential Phone, Android Pie is absent. Even with the number of devices in the Beta Program, it is still below the .1% threshold to appear in distribution numbers.

Oreo again sees the biggest gain with 8.0 increasing 1.3 percentage points, while 8.1 jumps 1.2 for a grand total of 2.5 points. Combining for 14.6%, this number was buoyed by a series of many 2017 flagships receiving Oreo and new devices launching.

These numbers are compiled from Android devices that accessed the Play Store during a seven-day period ending on August 31st. 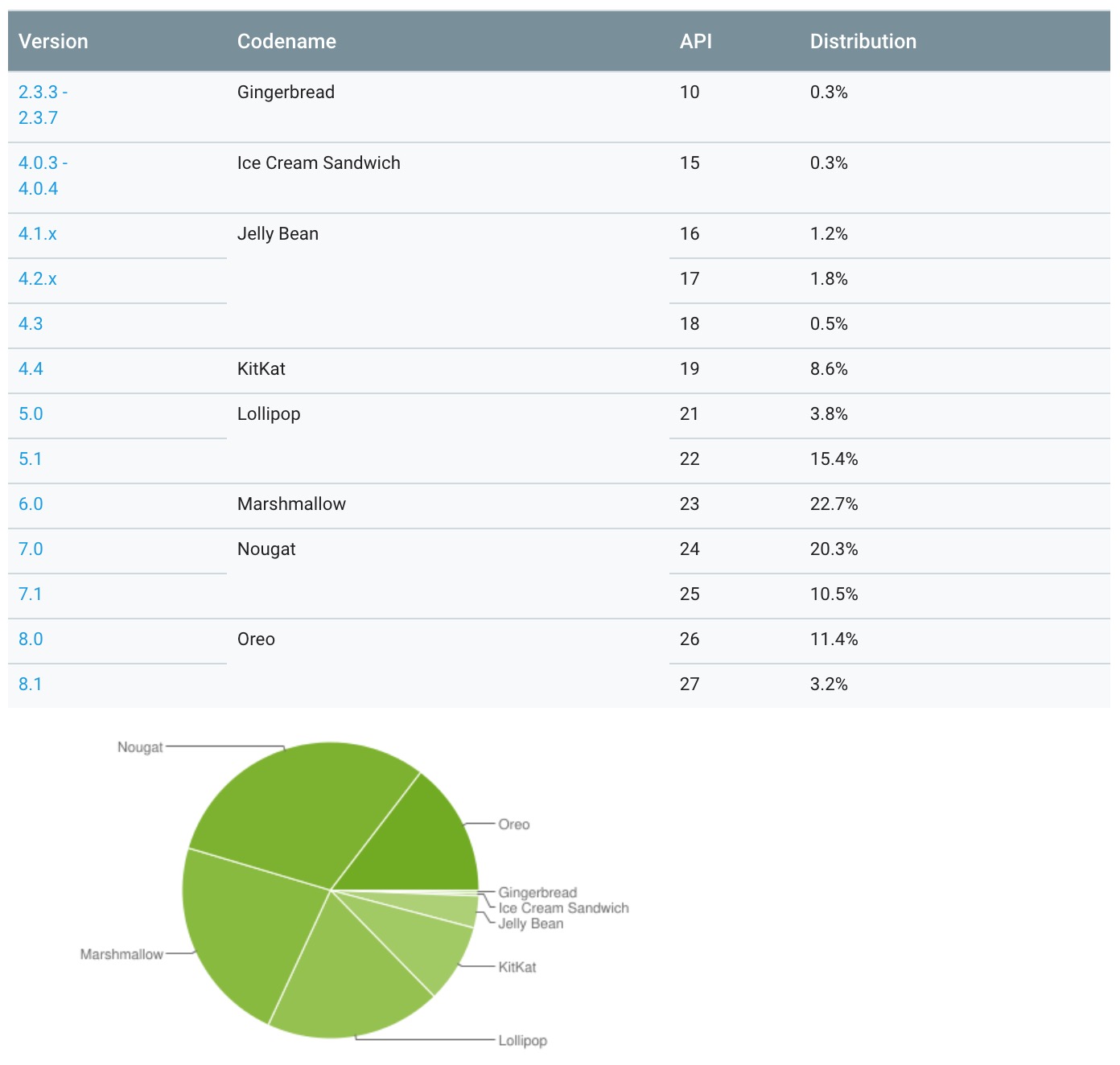