Google testing a dark theme for the Google Feed, including on non-Pixel devices 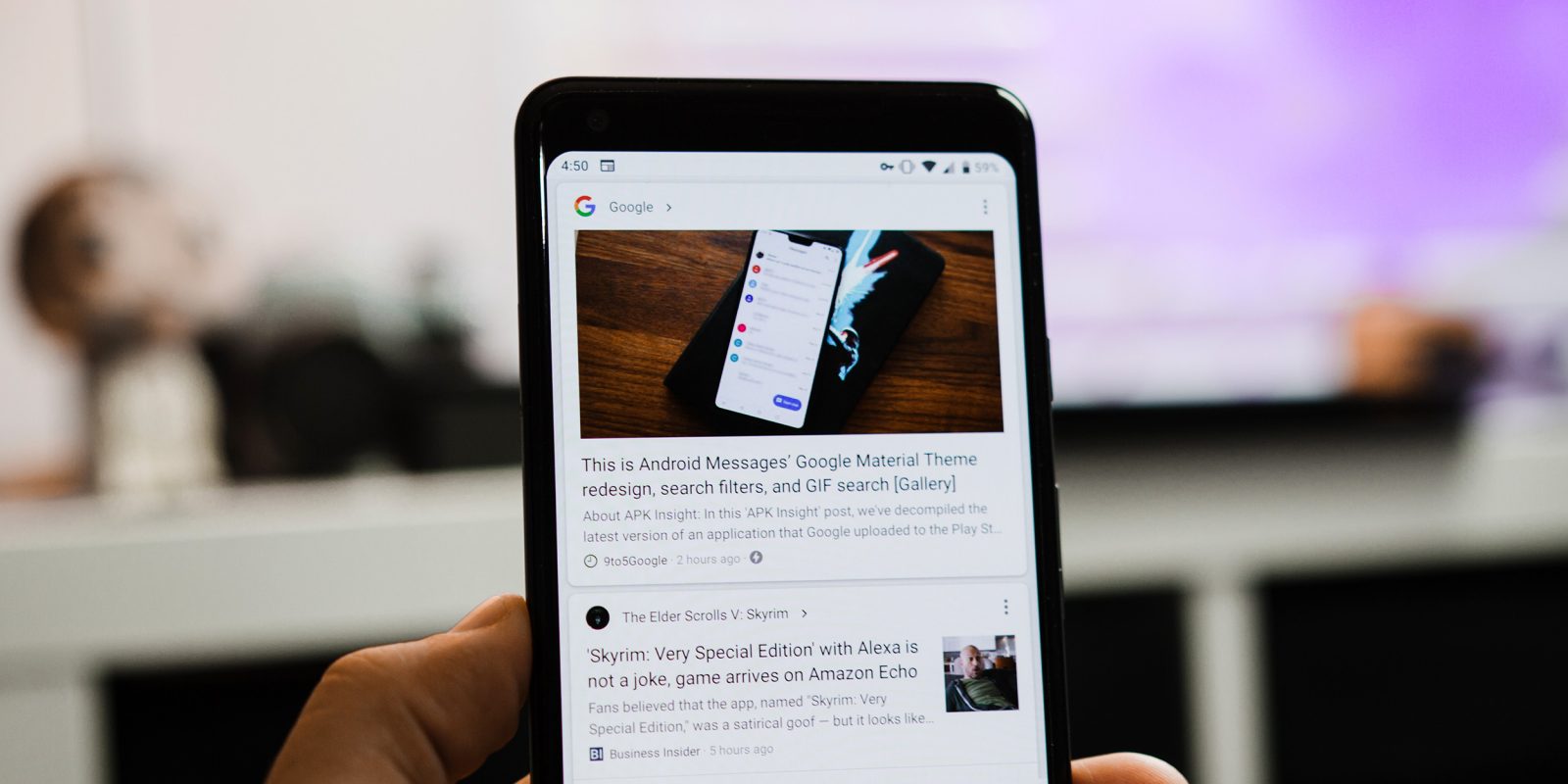 Starting with Android 8.0 on the Pixel 2, Google introduced a device dark theme that was dependent on your wallpaper. This themed the Pixel Launcher, app list, Quick Settings, and the Google Feed. However, for the latter, this only darkened the background. Google is now A/B testing a true dark mode that’s applied to the entire interface.

With Android 9 Pie introducing a system-level Device theme for Pixel devices, users no longer have to set a specific wallpaper to invoke either look. For the Google Feed, cards to the left of the homescreen are still black text against a white background. The dark background surrounding each card only minimally helps to make scrolling less bright.

One user today (via Reddit) posted screenshots of a proper dark theme with white text on dark gray cards. The background remains transparent, but this is clearly still in development. Namely, shadows surrounding each card are apparent, while the weather card is still displaying dark text on a black background.

What’s also notable is how this dark theme A/B test is appearing on a non-Pixel device (an Essential Phone). This is evident by the search pill up-top and suggests that this theme could be applied to any Android device. Curiously, the test is appearing even when the Device theme — for notifications and Quick Settings — is set to light on this device.

It’s unclear whether the look will be tied to the Device theme toggle or another one located within the Google app.

This latest dark theme comes as more and more Google apps have been adopting a dual look that users can manually enable. In Android Messages, the dark theme rolled out with the Google Material Theme, while YouTube for Android’s just started widely rolling out this week. One for the Google Phone client is expected next. 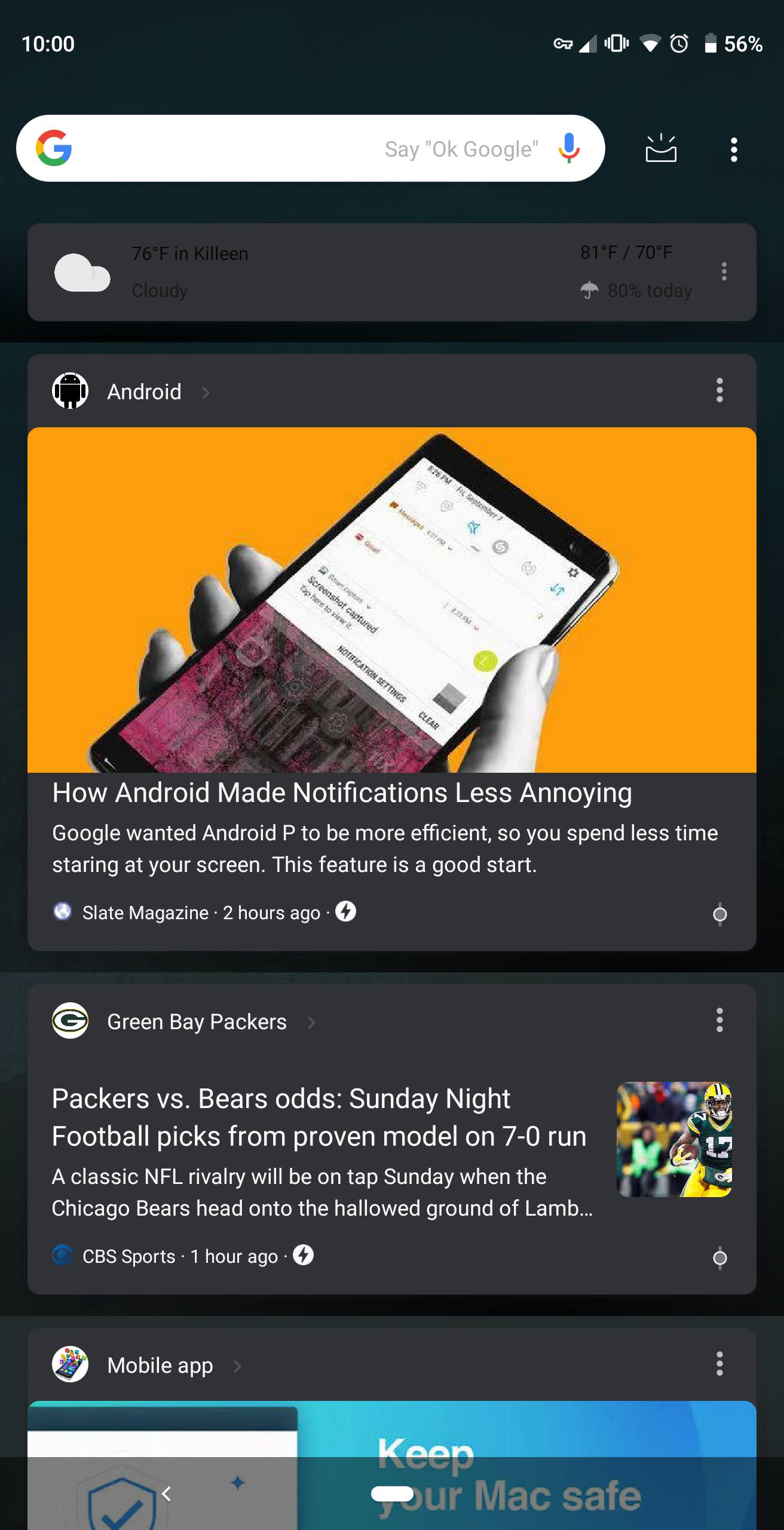 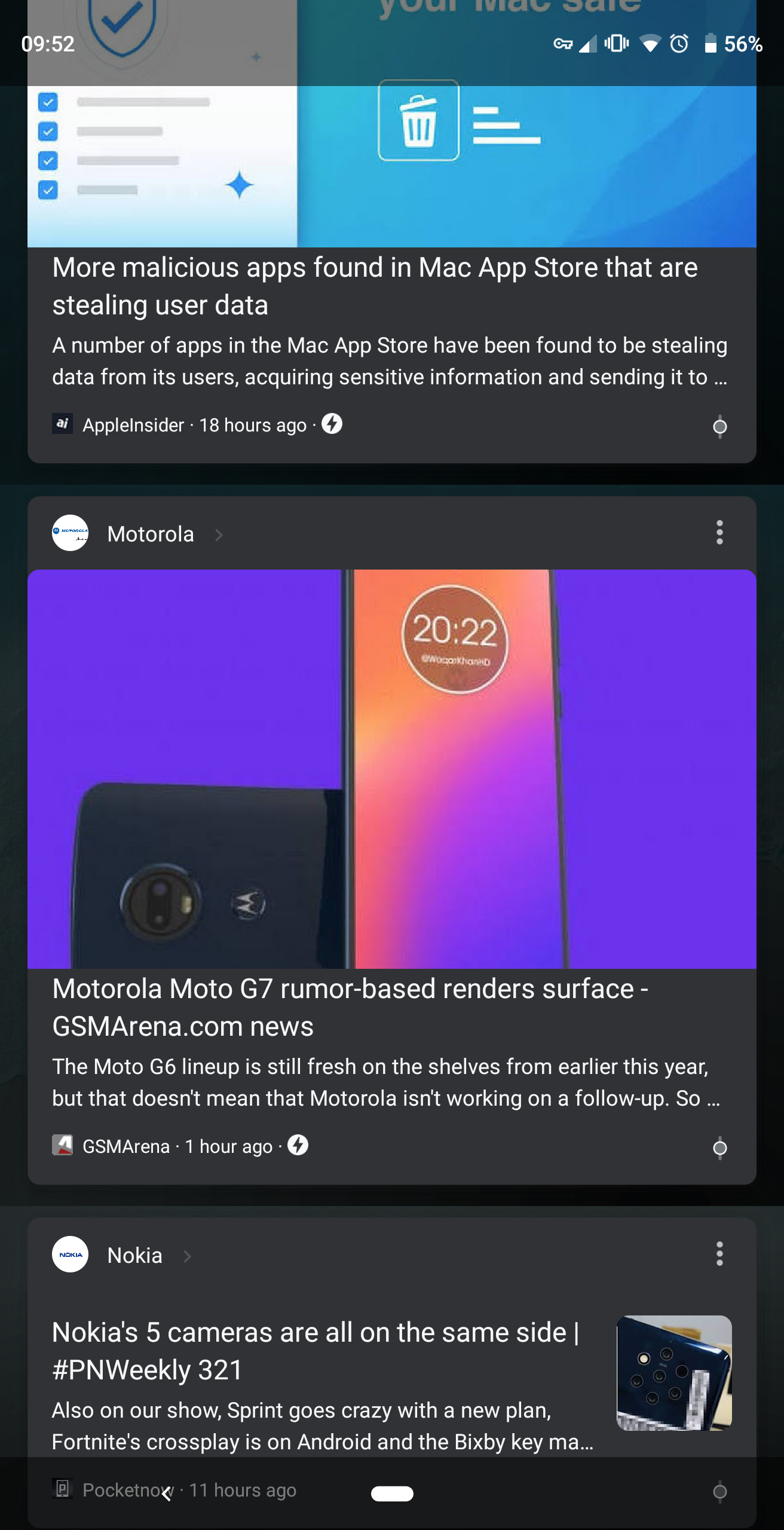 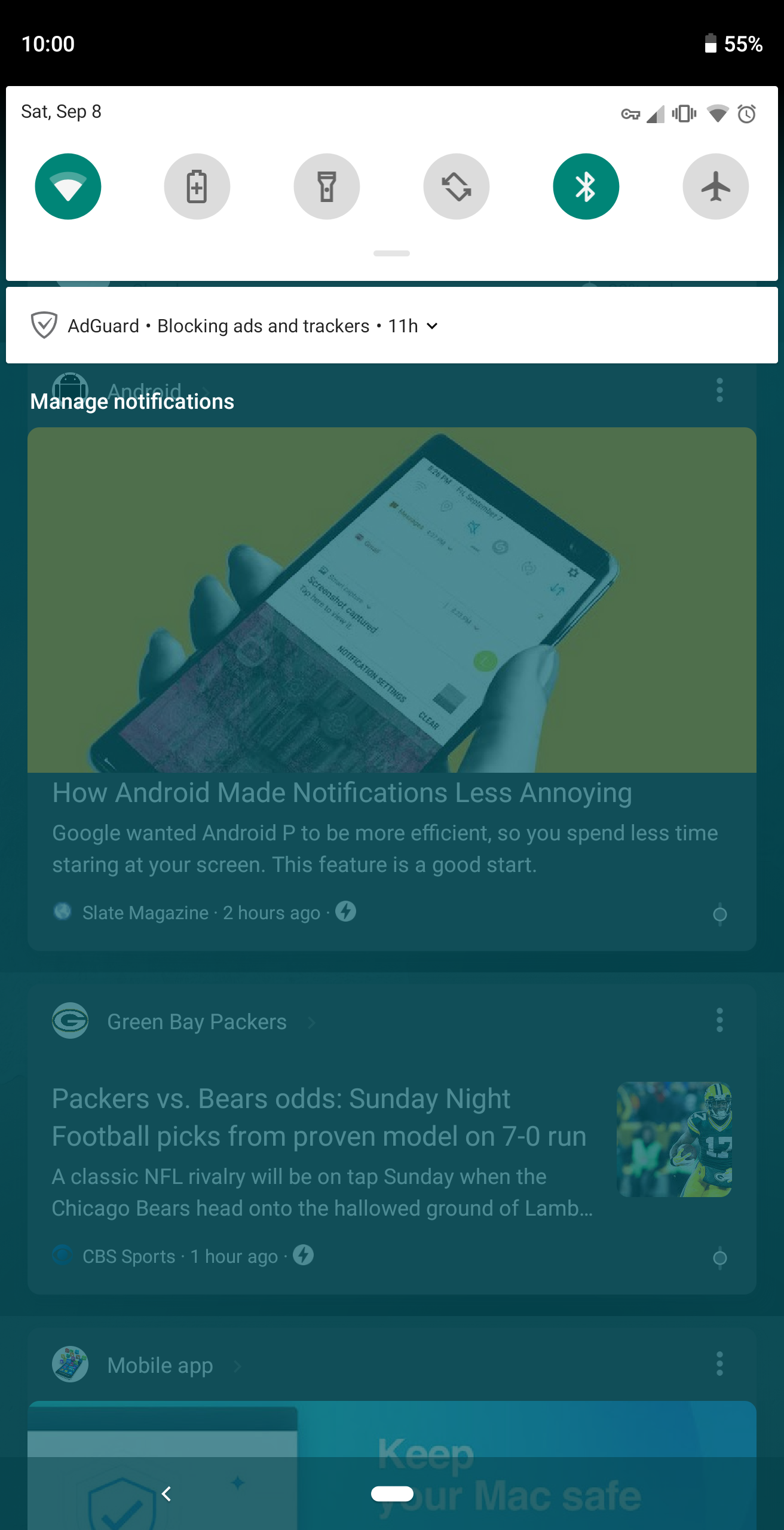