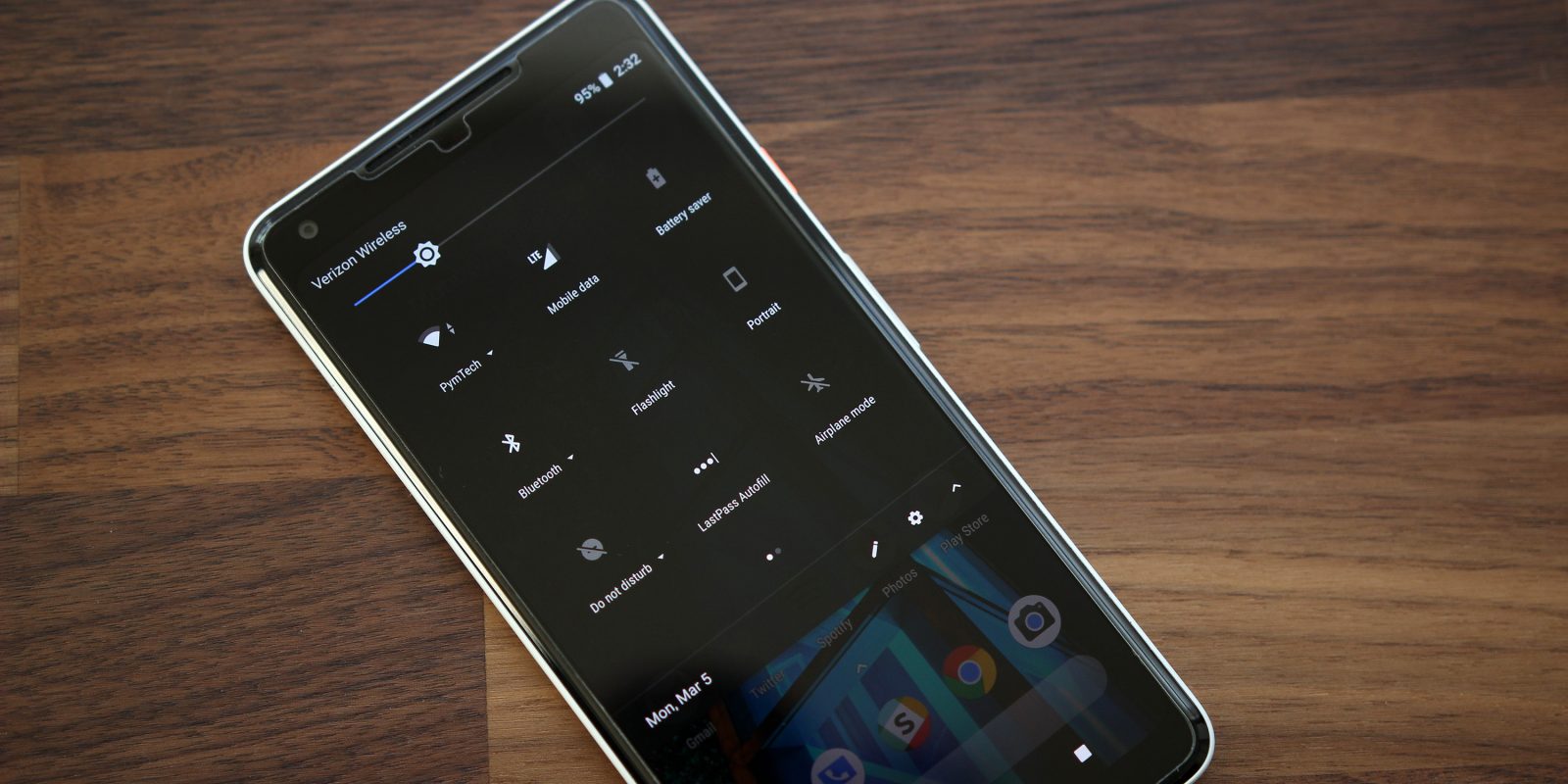 One of my favorite small touches on the Pixel 2 when it first launched was the addition of a dark theme to match your wallpaper. It’s a great change if you ask me, but having it based on your wallpaper is sometimes a bit annoying. Now, it’s looking like Google will give users a manual toggle in the future.

In its current form, the light/dark theme on Android 8.1 is only triggered based on your wallpaper. So, unless an OEM changes it, the homescreen app drawer and quick settings shade should both change between white and a dark grey color based on the overall color of your wallpaper. There have been some apps to let you manually change it, but it’s pretty hacky. Some users, including our own Abner Li, have even found success in tinting wallpapers. Regardless, it’s definitely a pain point.

Luckily, Google is looking to change that. An issue tracker bug was submitted early this year asking for a manual toggle, and now (via Android Police) a Googler has marked that as fixed and commented the following:

We have added support for a Dark theme to be applied to quick settings and launcher under Settings -> Display -> Device Theme. It will be available in a future Android build.

While this won’t allow for a full system dark theme like many are hoping for, it will give a manual toggle for this limited dark mode theming. Of course, only devices that take notes from Google’s implementation will be able to take advantage of it. From what we’ve seen, Essential is the only other OEM taking advantage of it.

It’s unclear when this toggle will go live in Android, but there’s always a good chance it’ll show up in the final Android 9.0 release.