Google displaying AMP stories in the Google Feed on Android 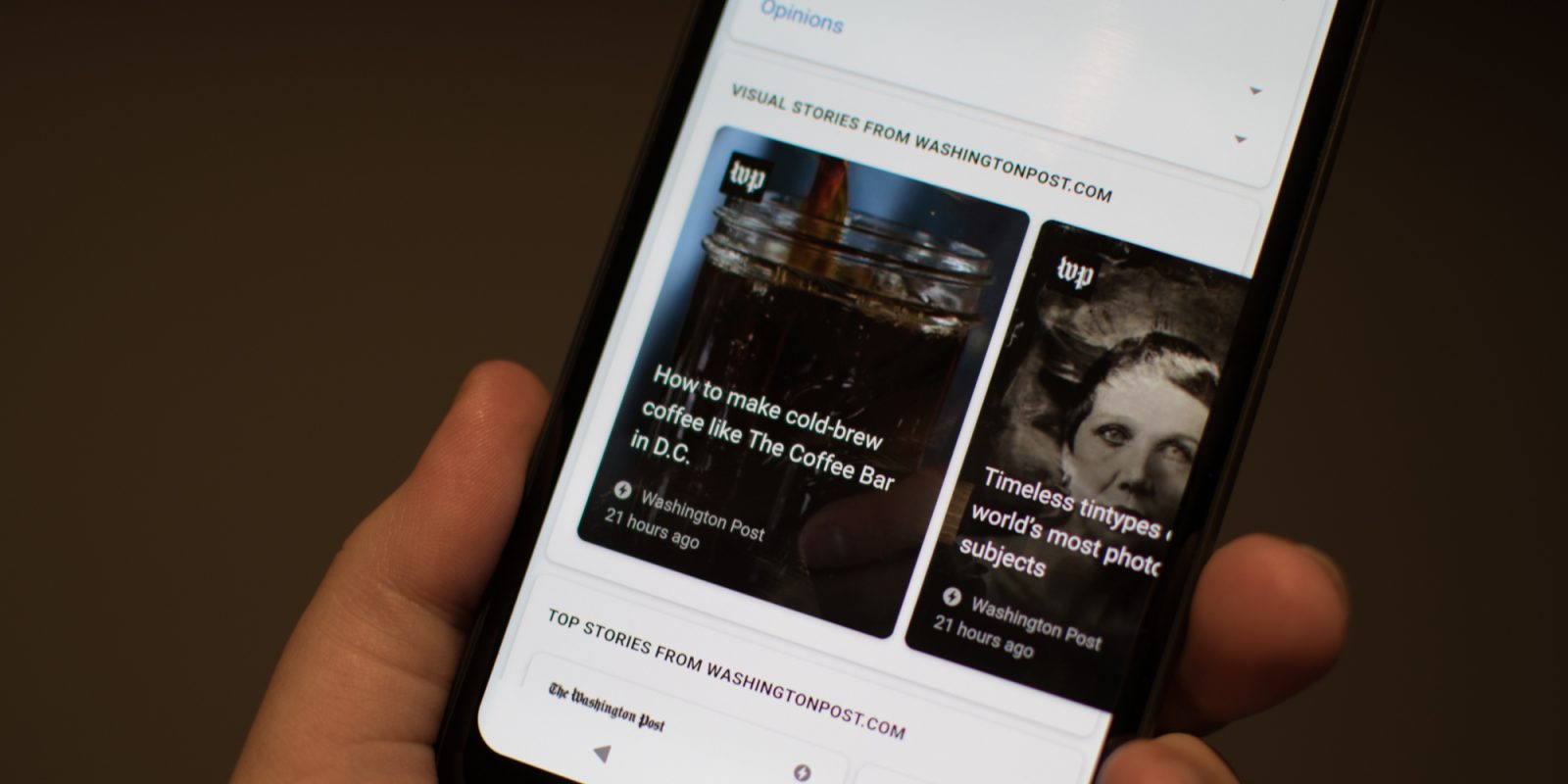 Earlier this year, Google debuted AMP stories to compete with similar formats popularized by Snapchat and also found in Instagram. First appearing in Google Search, they are now available in the Google Feed on Android.

The AMP story is a “mobile-focused format for delivering news and information as visually rich, tap-through stories.” Portrait images, videos, and infographics are all geared towards tall phone screens and are very consumable. Navigation is done by simply tapping to the right of the screen.

That portrait nature is conveyed in the Google Feed with the story card featuring a tall image that takes up most of the screen. Labeled as a “Featured visual story,” tapping opens the standard Chrome Custom Tab for an AMP story. An overflow menu in the top-right lets you access the standard browser controls, while Google’s add to Collection feature is also present in the app bar.

AMP stories appear in the Google Feed to the left of the homescreen and in the Google app. However, they look more elegant in the former against a transparent background.

As an Accelerated Mobile Page, stories load quite quickly with the same technical infrastructure as the optimized web pages. AMP stories first appeared in certain Google Search results on mobile this February.

Publishers involved in the early development of the AMP stories format — CNN, Conde Nast, Hearst, Mashable, Meredith, Mic, Vox Media, and The Washington Post — have brought together their reporters, illustrators, designers, producers, and video editors to creatively use this format and experiment with novel ways to tell immersive stories for a diverse set of content categories.

Just this week, Google moved to cede control of the format by switching to an “open governance model” with an industry committee and working groups. This change should address fears that Google is trying to take over the web. Meanwhile, Google might be planning a rename of the Google Feed to Discovery.