Google Maps is probably one of the company’s most-used and more-adored products, and it’s always getting updated to try and improve things for the better. Today, Google is announcing a slew of new features for Maps users including a new “Commute” tab.

The Commute tab for Maps first popped up in a limited rollout in early September, but starting today it’s rolling out to users on Android and iOS. Google says that this new feature is designed to help you “take control over your commute.” It built the feature with the fact that, in many cities across North America, rush hour traffic can result in a commute that takes up to 60% longer than expected.

With the new Commute tab, Google Maps can provide live data on traffic to help you best manage your daily trip to work.  It automatically accounts for accidents or heavy traffic and can help you better budget your time to account for that or provide alternate routes. Android users will have notifications on these updates sent to their device before getting caught in the delay.

This new tab also better accounts for users who use mixed transportation. If you both drive in a personal vehicle and take public transit, Google Maps can display information for each leg of the trip include departure times for buses and trains.

You can see helpful information about when to leave, and for each leg of your trip:  you’ll know if there’s traffic on your drive, when the next train departs, and how long it’ll take to walk from the train station to the office. We do the work for you and automatically factor this into your ETA so you can anticipate exactly when you’ll get to work. 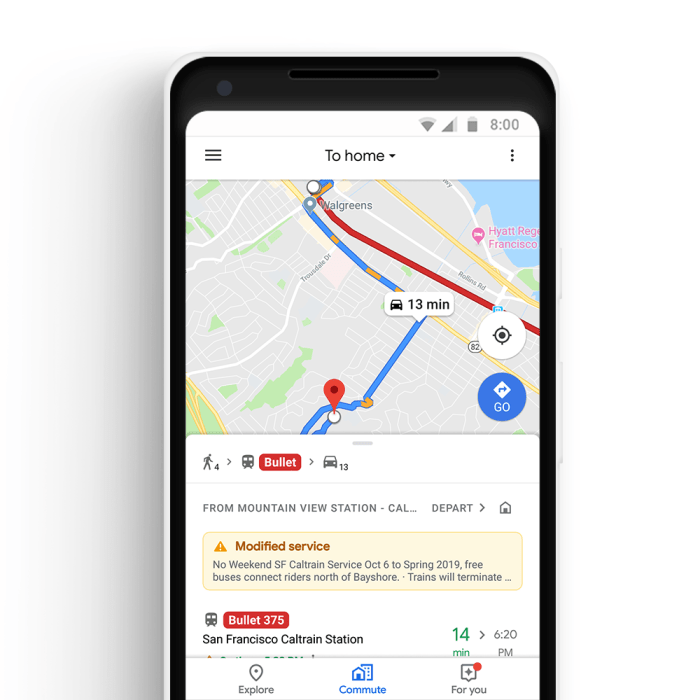 Google has also worked with public transit in 80 regions around the globe to start providing real-time location data on subways, trains, and buses. Better yet, Google Maps users in Sydney will be able to see just how full their bus or train is, and this feature is promised for more cities around the world.

Now, transit riders in 80 regions worldwide will be able to see exactly where their bus or train is in real time on the map. This will help you plan your day more efficiently—you’ll know if you can spend an extra few minutes grabbing coffee, or if you really do need to make a run for it to catch your bus.

Finally, Google Maps is also adding direct integration with popular music services. Spotify, Apple Music, and Google Play Music will all be available directly within Google Maps’ navigation screen. With Spotify on Android, users will also be able to browse through their songs and playlists too. 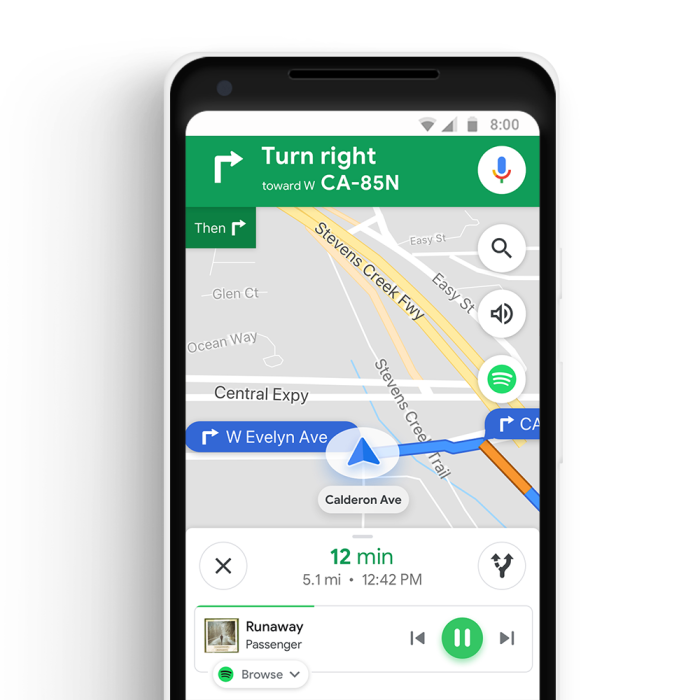 All of these new features start rolling out to users starting this week on both Android and iOS.