Spotify is one of the most used music streaming services available today, but recently its Android app has been subject to some big issues. A handful of bugs in the Spotify app cause music to stop randomly, notification controls to disappear, the app to show itself offline, and much more…

Multiple Reddit threads over the past month have gathered many users who are experiencing these various issues with the Spotify app for Android. These issues seem to differ slightly from user to user, but the most common problems as of late seem to revolve around music playback. The app will often shut down music that is playing, regardless of if it is stored offline or not, completely at random. At times, users also report the app starting music playback when unlocking their device or even disconnecting Bluetooth headphones.

Another common issue noted in these threads is the disappearance of notification controls. Multiple users note that the app simply won’t show controls in the notification panel even though playback is occurring. Some users also note issues with the Now Playing screen within the Spotify app itself where the songs will either be mismatched with what is playing or the Now Playing screen simply won’t show despite ongoing playback.

Other various issues that have been reported lately, especially in the past few weeks, include the Spotify app showing itself as offline or not loading up the Browse or Radio tabs despite a stable internet connection. Chromecast issues have also been noted, with the app sometimes saying it’s connected to a Chromecast source despite playing music locally. Personally, I’ve had a lot of these issues on my Galaxy Note 9. 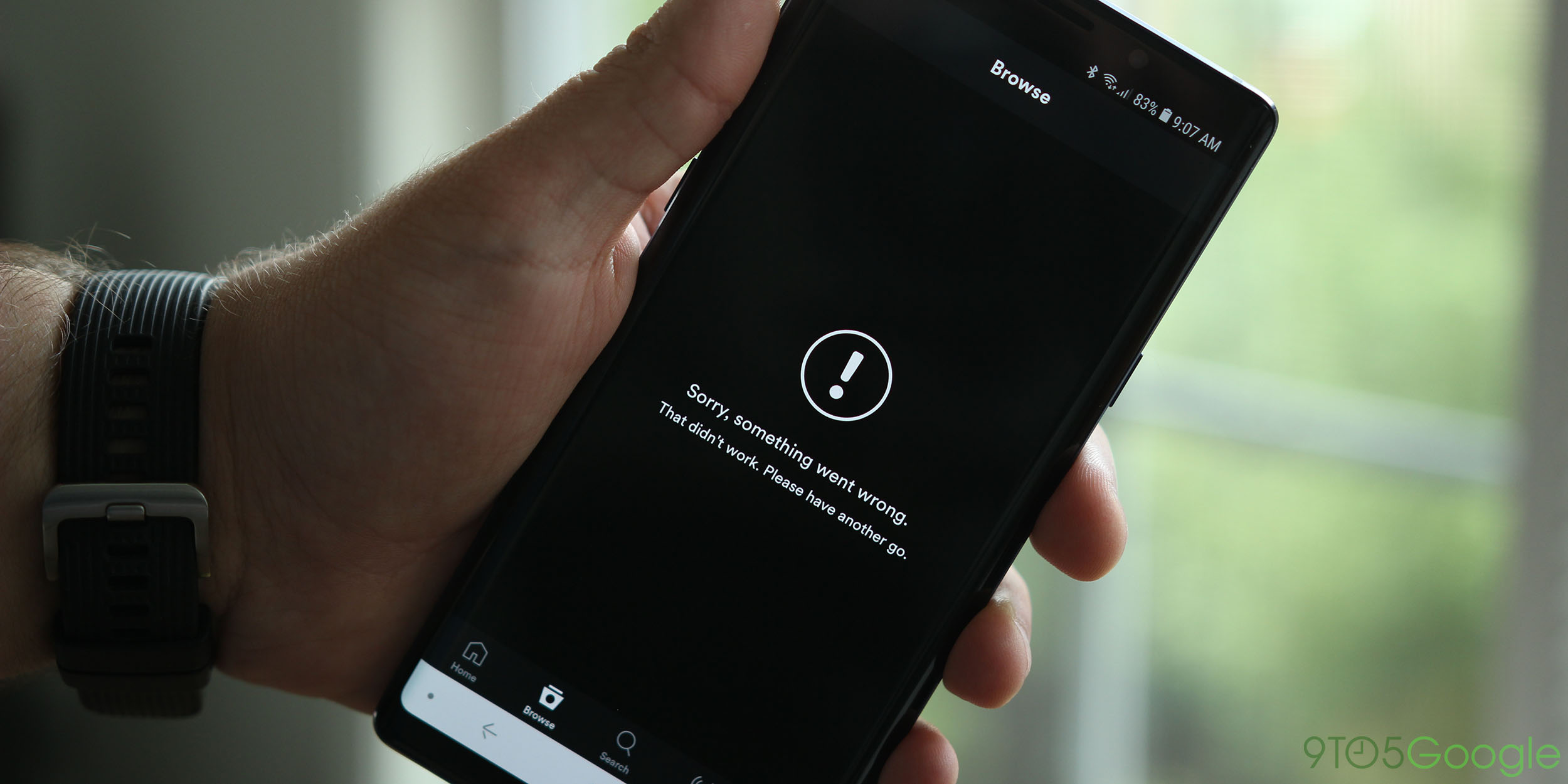 The Spotify app for Android has had ongoing issues for quite some time, such as some tabs being slow to launch, but something has clearly gone bad in the past month or so. One user did reach out to Spotify on the company’s forums, and a representative did flag the issue and confirmed the company is “looking into it.” A moderator also commented on the thread asking for users to provide issue reports. Version 8.4.70 of the app was supposedly going to fix the notification issues, but it appears that the problem remains.

If you’re affected by any of these issues, be sure to drop a comment below. Some users do note that clearing your cache or uninstalling/reinstalling the app seems to help to some extent.