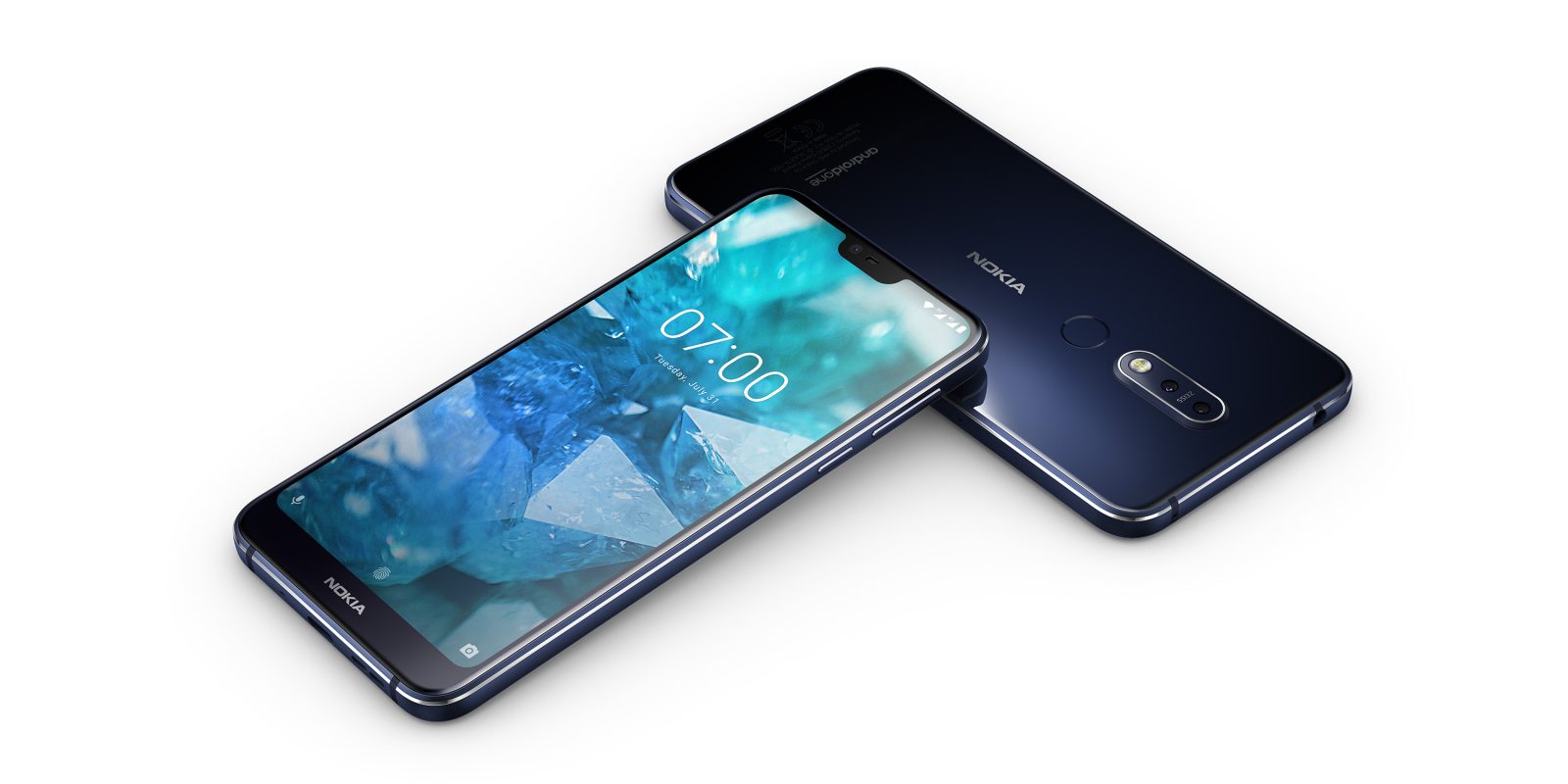 Nokia’s upper-midrange device the Nokia 7.1 was officially announced today at a London launch event. Somewhat expectedly, the device follows the design language of the previous Nokia 8 models, but with a typical 2018 notch, Android One, and an affordable price tag in tow. Here’s everything you need to know.

The device will feature the polarizing notched display, which measures in at 5.84-inches and has a 1080 x 2244 pixel IPS LCD HDR-capable display with a 19:9 aspect ratio. The display is wrapped in an aluminum frame with a glass sandwich design. As for the notch, it’s similar in size to the OnePlus 6, and one of the better-looking attempts by Android manufacturers to add the feature.

Soft chamfered edges make the device comfortable to hold but the overall weight of 160g means it feels sturdy when gripped. That being said the glass back might be slippery, meaning a case is a good option. Nokia says that official Nokia 7.1 cases will be available starting at $10. That being said, the shiny glossy back looks great in varying lighting conditions and deserves to be seen. There’s also a rear-mounted fingerprint sensor – the perfect positioning in my opinion. 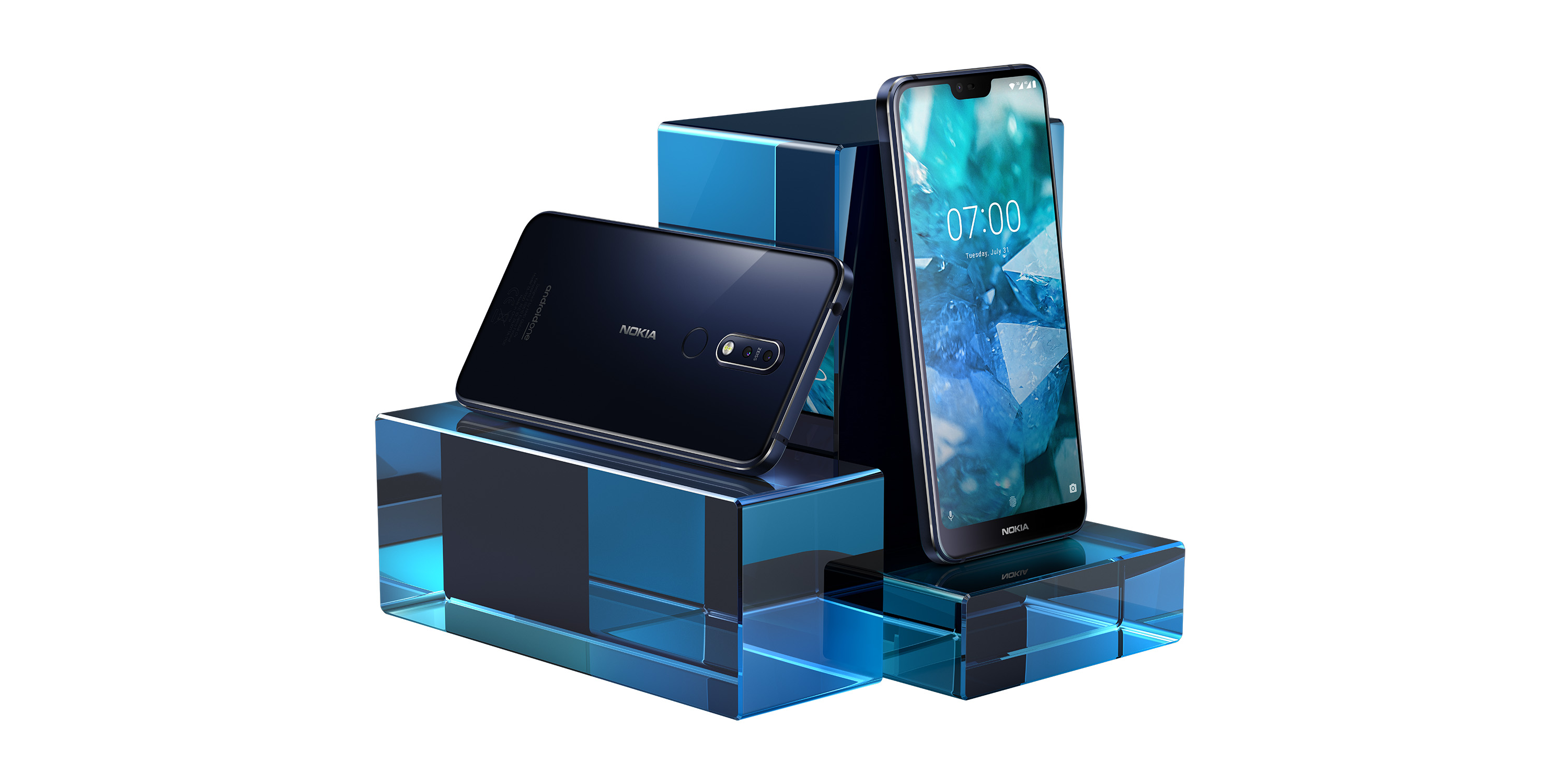 Wired audio is still par for the course with the Nokia 7.1, with an up-top 3.5mm headphone jack allowing for standard headphone usage. Nokia is sticking with the standard, which, although popular, is increasingly become a major differentiator between mid-range devices and high-end devices. If you like the potential for wired headphone usage, then this is one of a few devices that is still supporting the standard.

As for exact measurements, the Nokia 7.1 Plus measures in at 149.7 x 71.18 x 7.99mm with a small camera bump. The camera will sport a dual camera Zeiss lens setup with a 12-megapixel main sensor and 5-megapixel secondary sensor.

Powering this follow-up to the popular Nokia 6 device will be the Snapdragon 636 CPU and the 7.1 Plus will come in two distinct memory/storage configurations – 3GB/32GB and 4GB/64GB options, the latter of which being the only option in the United States. Expandable microSD card storage is also available. Battery life is always one area that any mid-range devices is almost bound to excel and the Nokia 7.1 has a 3,060mAh battery which should provide solid endurance. 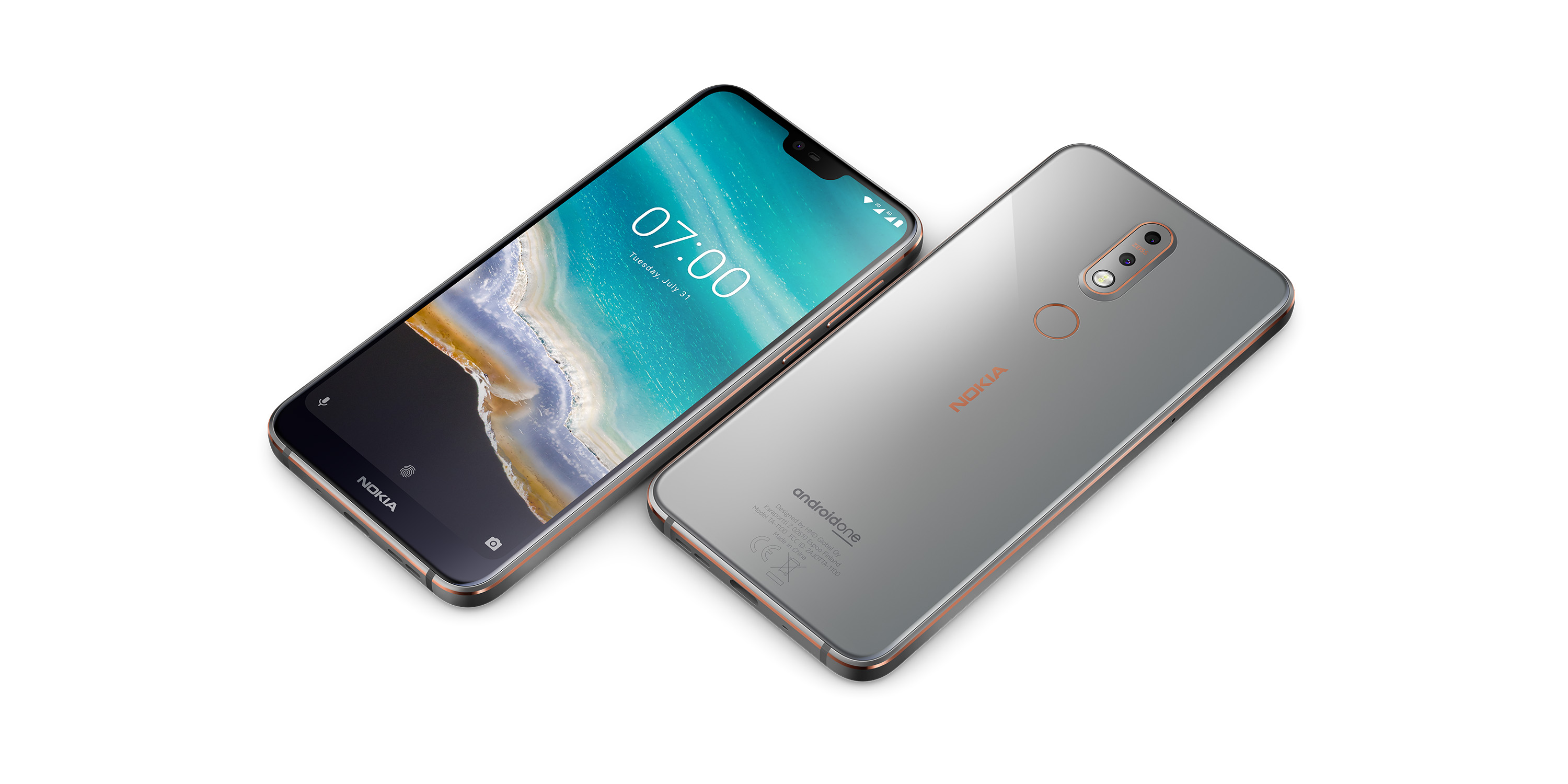 A major selling point to this new wave of Nokia devices will undoubtedly be the Android One branding – which will mean regular updates and, hopefully, great long-term performance. Out of the box, though, the Nokia 7.1 runs on Android 8.1 Oreo. An Android 9 Pie update will be made available very soon, though.

As for launch details, the Nokia 7.1 will launch in European markets of course, but also in the United States. In the States, the phone will costs just $349 and will be available for pre-order starting tomorrow from Amazon, Best Buy, and B&H Photo. Shipping starts October 28th. As for Europe, the Nokia 7.1 will be available from the 22nd October and will be priced at 349 Euros for the basic model or 400 Euros for the 4GB RAM/64GB storage variant. Nokia is also launching two pairs of wireless headphones with the 7.1, including one truly wireless option.

Stay tuned for our hands-on coverage of the device!

Ben Schoon contributed to this report.