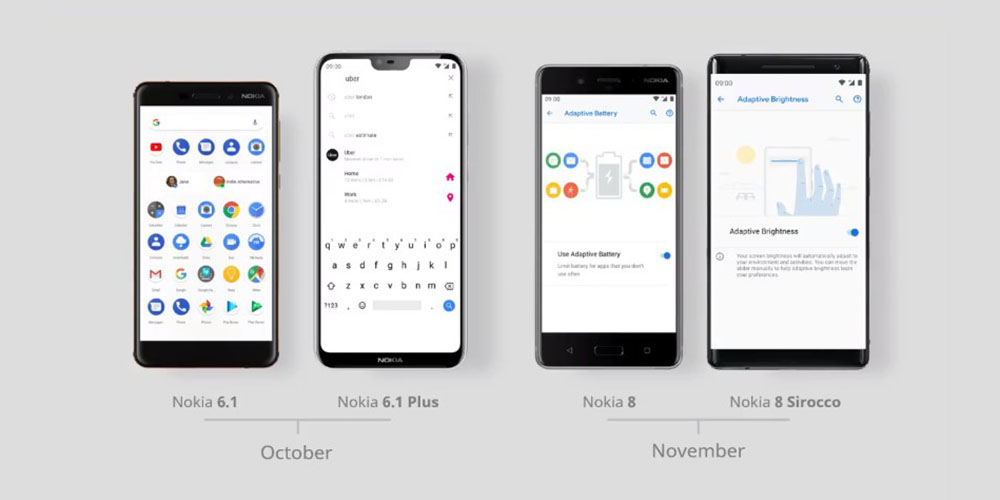 Nokia’s Android 9 Pie update just landed on the company’s Nokia 7 Plus within the past couple of weeks. Now, alongside the reveal of a new smartphone, Nokia is confirming Pie updates for a few more of its devices.

At its London launch event today, Nokia confirmed that Android 9 Pie was heading out to a few more phones starting this month. Firstly, that includes devices running on the Snapdragon 600-series chipsets. Namely, that’s the Nokia 6.1 and Nokia 6.1 Plus. Both of those devices will get Pie during the month of October.

On the other hand, Nokia’s is also updating the Nokia 8 and the Nokia 8 Sirocco to Pie starting in November. There’s no clear timeline, but the update will apparently arrive before the month is out.

This is great to see from Nokia, as the brand has gone all in on Android One in recent years. Getting a quick update to Android 9 Pie is something we’re happy to see, even if there were a few delays in getting things sorted out. Nokia also mentioned that it plans to launch Android 9 Pie upgrades for the rest of its portfolio soon after these initial devices.