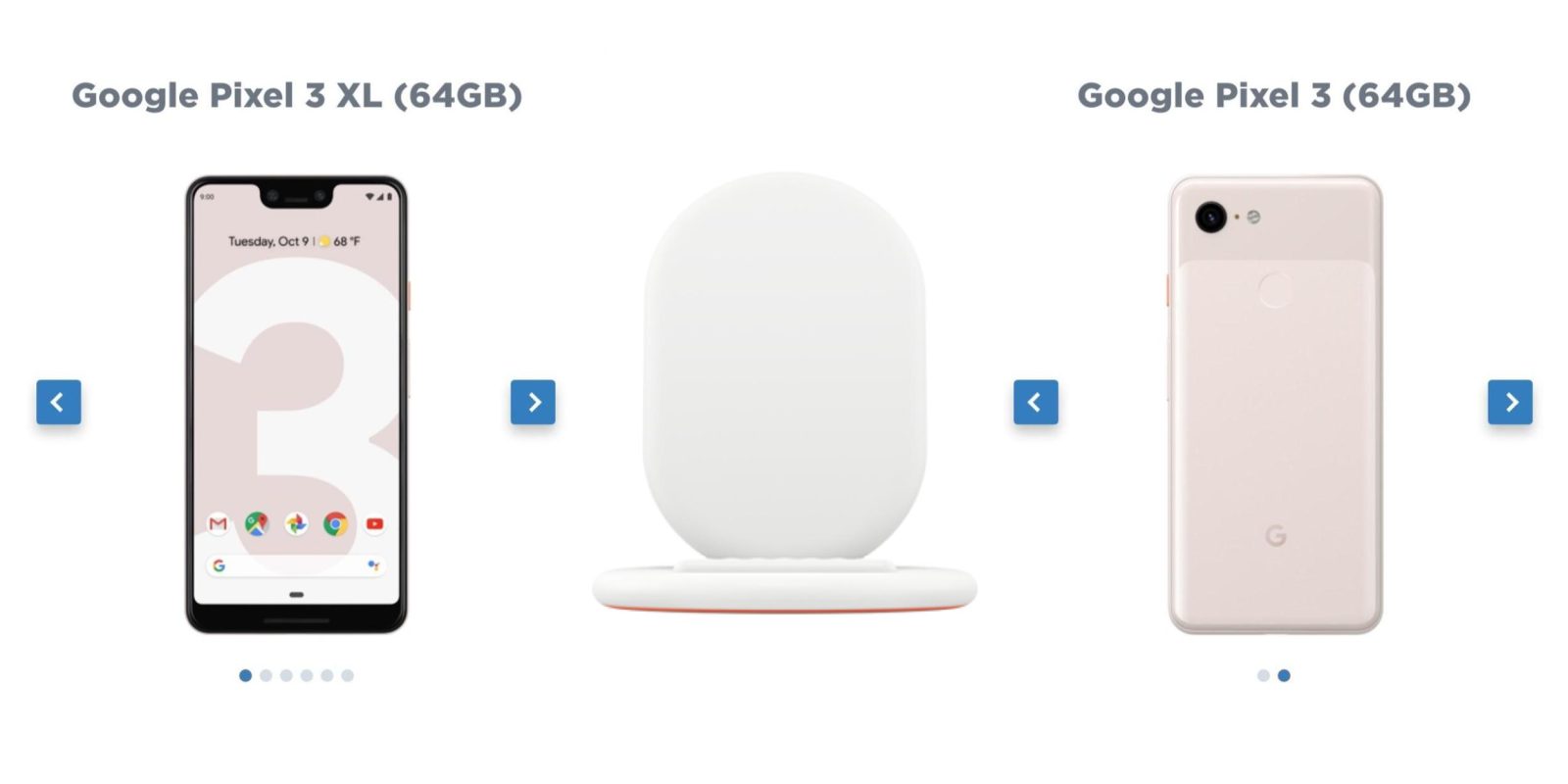 Just this afternoon, a British ad detailed a “Top Shot” camera feature for the Pixel 3 and a Google Home Hub launch date. A Canadian carrier has now listed both Made by Google phones, revealing that a Google Pixel 3 Not Pink color is only available in 64GB, while the Pixel Stand will come as a pre-order gift.

Canada’s Freedom Mobile has fully listed the Pixel 3 and Pixel 3 XL on its site this evening, with official device renders that match leaks from earlier this week. The device will be available in 64GB and 128GB capacities, but Google is again limiting the third color option to the lower storage variant.

For both the original Pixel and Pixel 2, blue was limited to the smallest capacity. Meanwhile, the rumored “Sand” color is interestingly named “Not Pink” by the carrier. Fortunately, it will be available as an option on both phones.

Freedom Mobile is offering the “Google Pixel stand” as a pre-order “gift.” The carrier provides a frontal shot of the wireless charger, with the accessory predominately white with an orange base. This would match similar deals for pre-orders on the Google Store in past years. The first Pixel was bundled with a Daydream View, while customers last year received a Google Home. Google and other carriers will likely match this offer for the first buyers.

The carrier listing notes that the Pixel 3 and Pixel 3 XL will launch with “Android 9” and confirms other specs like Qualcomm’s Snapdragon 845 processor, 4GB of RAM, and reveals IP68 water proofing. 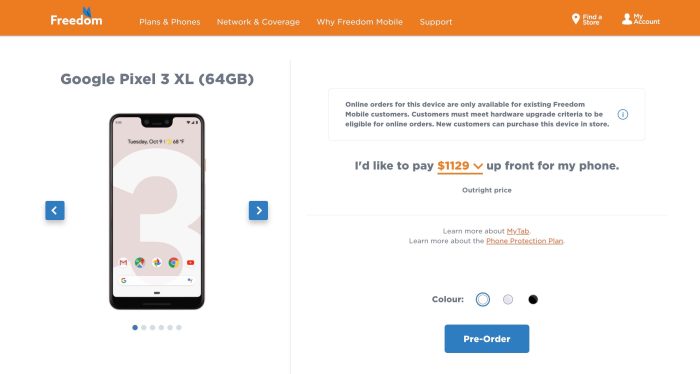 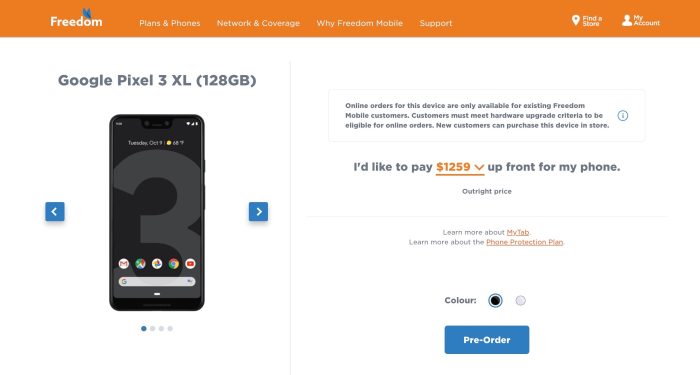 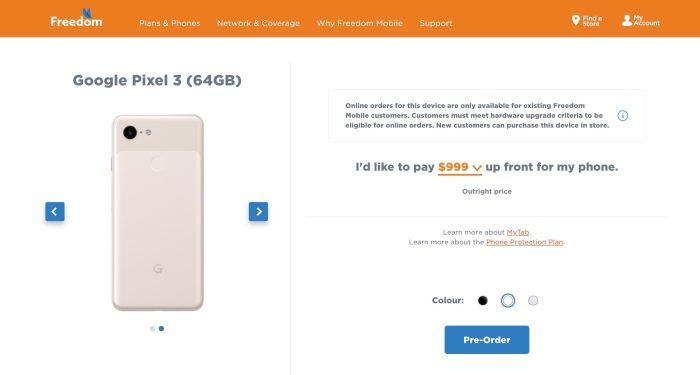 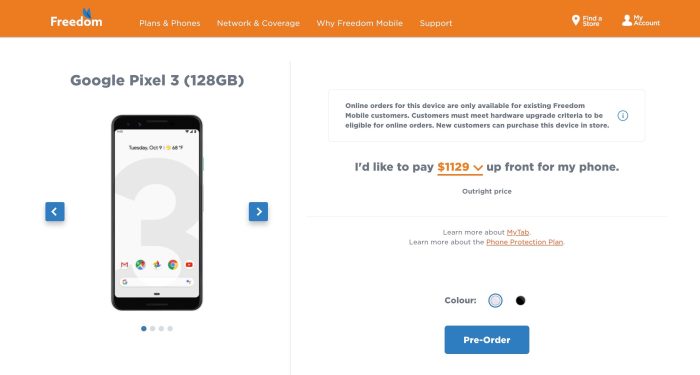