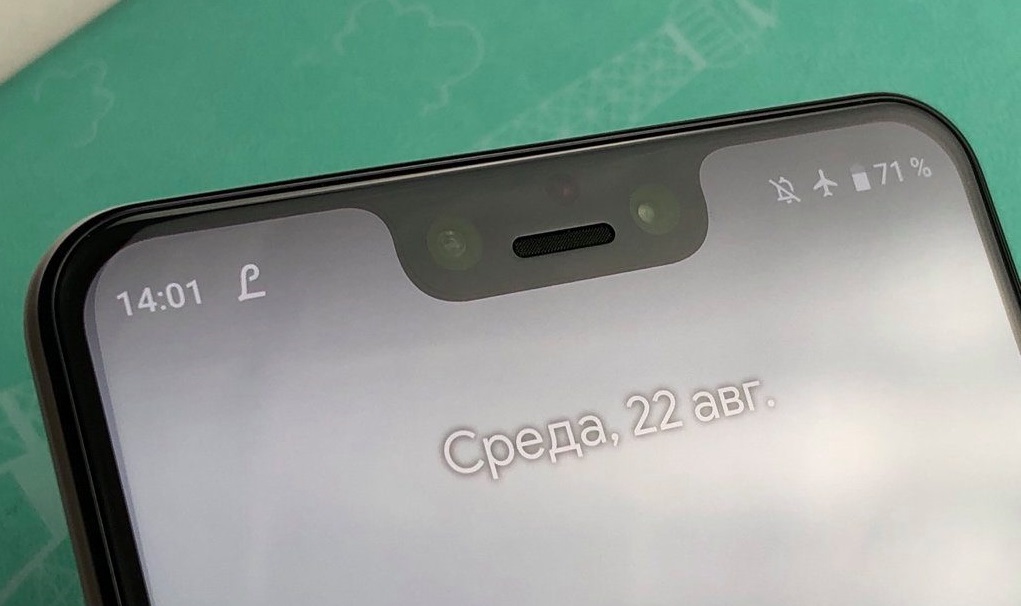 If there’s one thing that the Google Pixel has been known for since its inception, it’s the camera. With the forthcoming Google Pixel 3 and Pixel 3 XL, the Mountain View company is tripling down with improvements across the board and some new ideas. Sources tell us there are upgrades to the rear shooter, a new Visual Core chip, a front-facing dual-camera setup w/ new ‘Super Selfies’, and more.

If you’ve followed the flood of Pixel 3 leaks over recent months, you know that some basic facts about the phones’ cameras have already been solidified. Numerous photos of both devices confirm that Google is sticking with a single rear shooter for a third year as the industry moves toward double camera rear setups, but it’s simultaneously going to introduce dual front shooters — and decided to put them in the “notch” of the XL.

Something that’s been a mystery about the Pixel 3 and Pixel 3 XL since they first leaked, though, is why Google decided to go with dual front shooters — despite being known for avoiding dual shooters on the back. (One source, in fact, told us that Google has in the past considered bragging about the use of just a single back camera with the phone’s marketing — à la “you only need one.”)

According to one source familiar with the phone, a primary goal of the Google Pixel 3 and Pixel 3 XL’s two front-facing cameras is shooting better selfies.  We’re told that the resulting images are similar to other faux bokeh implementations, but with some improvements to make the Pixel stand out versus the competition. Google is eager to “see how people like the improved Portrait Mode,” one source said.

Another source corroborated this, saying that Google is planning to introduce something they’ve heard called “Super Selfies,” and that one of the two front-facing sensors has a wide angle lens. A third source further confirmed that the second front-facing camera on the Pixel 3 and 3 XL is wide-angle. Several other Android phones have launched in the past with a similar setup — phones from Oppo, Vivo, Lenovo, and others have all touted better selfies thanks to dual-cam front-facing setups.

Some leaks from a Russian publication that already got their hands on the Pixel 3 XL (and “reviewed” it) give us some insights into some changes coming to the camera app that go hand-in-hand with this. Google’s next smartphone seemingly keeps the existing options to enable or disable the Face retouching feature, but the Pixel 3 lineup will add “Natural” and “Soft,” as well as a zoom-in ability. There may be other selfie-related features in the works that we aren’t yet aware of.

One source told us that the dual front-facing setup may also be used for improving a security/facial recognition feature, but didn’t know one way or another. So far, leaked Pixel 3 XL units in the wild have shown no sign of any kind of new face-based security (besides the usual “Trusted Face” option that’s already available), although the software builds running on these phones is pre-production.

Interestingly, we’re also told that these double front face cameras might not be a permanent feature for future Pixel devices. Google has apparently not committed to this idea for the long run as of yet and will evaluate whether the second camera is needed and the reception of new selfie features accordingly.

The exact resolution of these camera sensors is as yet unconfirmed, but the latest leaks, including one Google Pixel 3 XL leak from earlier this month which shows the device running a benchmarking app, suggest that the rear camera will be 12.2-megapixel, while both front-facing sensors are 8.1-megapixel. Other recent leaks corroborate this, but our sources haven’t confirmed these readings.

While Google has added a second camera to improve front shots, the Mountain View company is seemingly taking the opposite philosophy with the rear shooter on the back. The company is “doubling down on making a single camera powerful enough to not need a second camera,” a source said. We’re told that, once again, low light with the rear shooter is “incredible,” and one of the sources added that Google will be including a new Visual Core chip which will be used for “more than just HDR+.”

For now, we don’t have any details on this new Visual Core chip nor what supposed improvements — presumably rooted in software — are coming to the Pixel 3’s primary shooter. Since pre-production units of the Pixel 3 XL are already floating around (with some actually providing plentiful camera samples), any new software features will likely surface soon. We probably won’t know about under the hood changes, which I’d presume many of these are, until the phone launches later this year.

Google will without a doubt dedicated a sizable portion of the Pixel 3 unveil to the cameras and the software wizardry its continuing to do. In the meantime, be sure to brush up on the rest of the details: