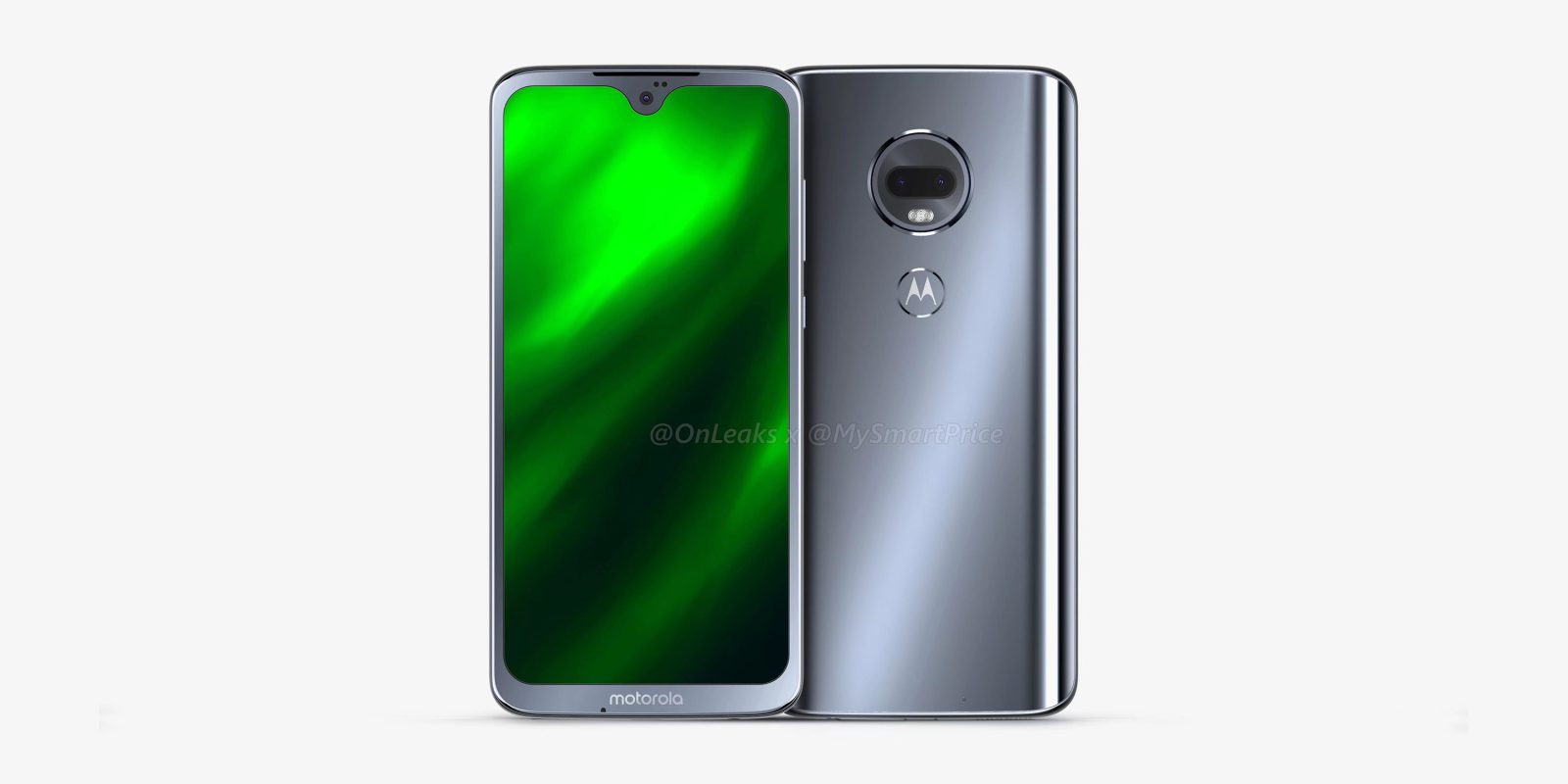 The latest in the Motorola G-series smartphone series, the Moto G7 has surfaced in full 360-degree CAD-based renders showing that this model will indeed sport a notched 18:9 display.

Expected to debut alongside the Moto G7 Plus early next year, the leaks come courtesy of MySmartPrice and @OnLeaks and will undoubtedly spark interest from those who want a cheap almost stock Android experience.

The addition of the notch is clearly the most obvious difference between the Moto G7 and its predecessors, and despite this notch, the Moto G7 is set to have a greater screen-to-body ratio than any prior Moto G model. That doesn’t mean that the signature chin has been lost, as this remains with the Motorola logo emblazoned as we’ve come to expect.

Soft curved glass is found on the rear, with a logo-embossed fingerprint reader and sizeable circular camera bump that is also found on the 2018 Moto E models. The camera will come with dual sensors and dual-LED flash, whilst the camera specs are expected to be a combination of 16MP main shooter and 5MP secondary. For the selfie taker, the front-facing is touted at a potential 12MP for much more detailed photos.

Overall, the rumored specifications include an octa-core processor, 4GB of RAM and 64GB of onboard internal storage, but no word on whether that will be expandable via microSD card. The battery capacity increases to 3500mAh, which is a sizeable improvement over the Moto G6s 3000mAh battery. Charging should be quick, with the addition of a USB Type-C charge port. The 3.5mm headphone jack also remains intact at the bottom of the device. The Moto G7 will likely ship with Android 9.0 Pie right out of the box for smooth daily performance. 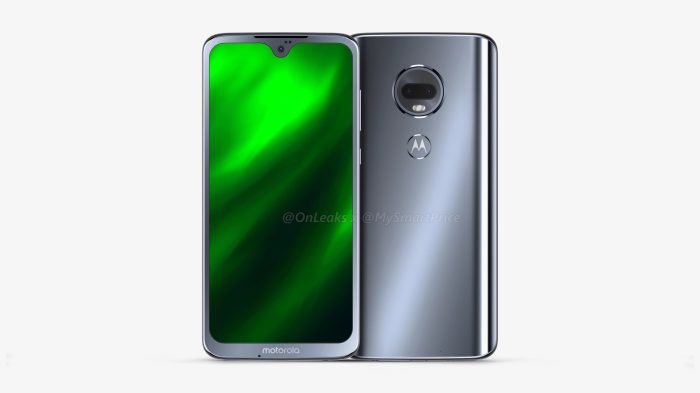 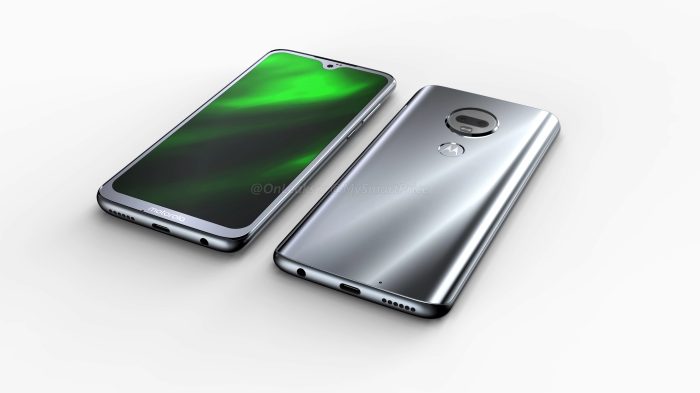 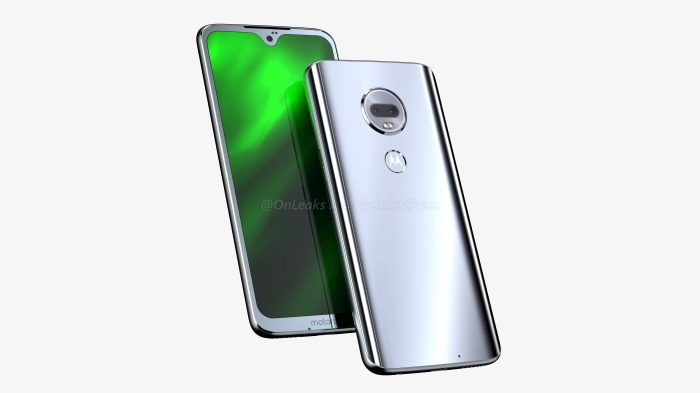 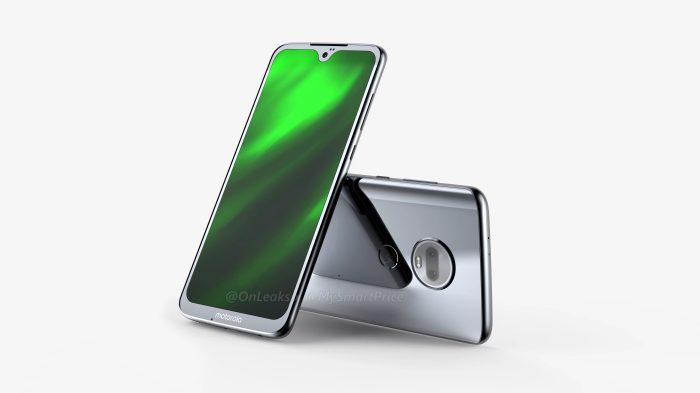