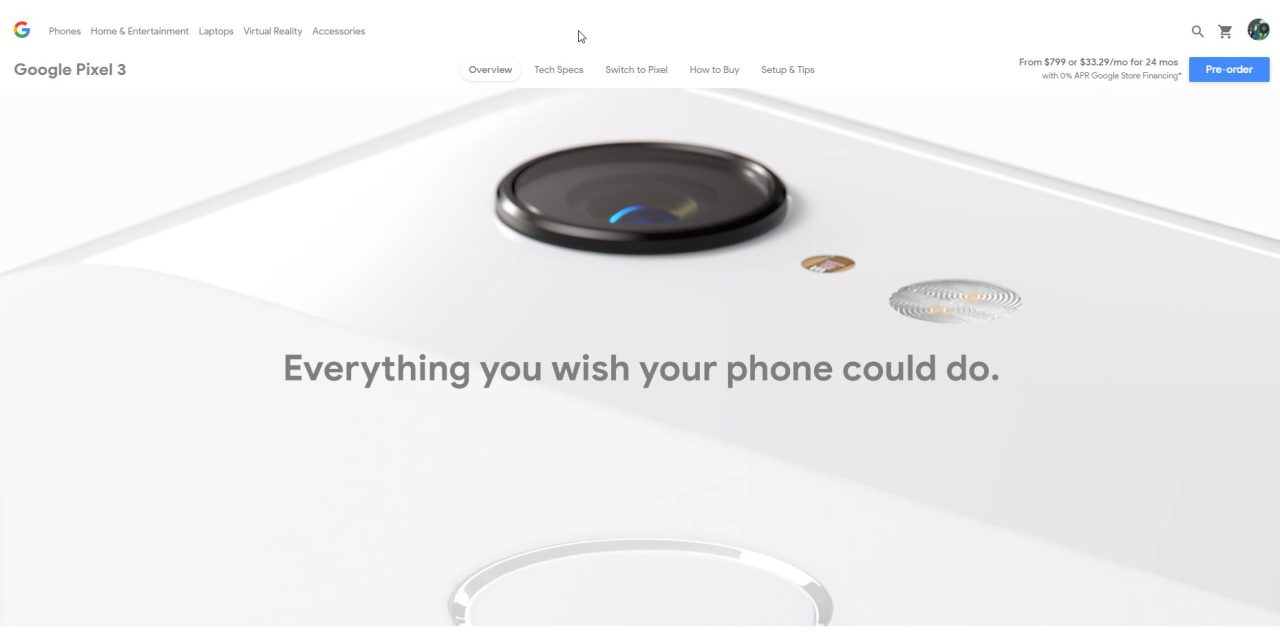 Google just announced, after months of leaks, its new Pixel 3 and Pixel 3 XL. Now, both devices have gone up for pre-order on the Google Store starting at $799.

Google’s new smartphones have leaked out tremendously over the past several months, and with today’s announcement, we’re finally getting the last few details. That includes the pricing. The smaller Pixel 3 comes in at $799 with its 5.5-inch display, and the Pixel 3 XL at $899 with a 6.3-inch notched display.

Both phones come in Clearly White, Just Black, and Not Pink. They also both have the same Snapdragon 845 processor, 4GB of RAM, 12.2MP rear camera, and front-facing speakers. They also both have a glass design with a matte coating to reduce fingerprints, wireless charging, and USB-C.

As usual, you can purchase unlocked, for Verizon, or for Project Fi.