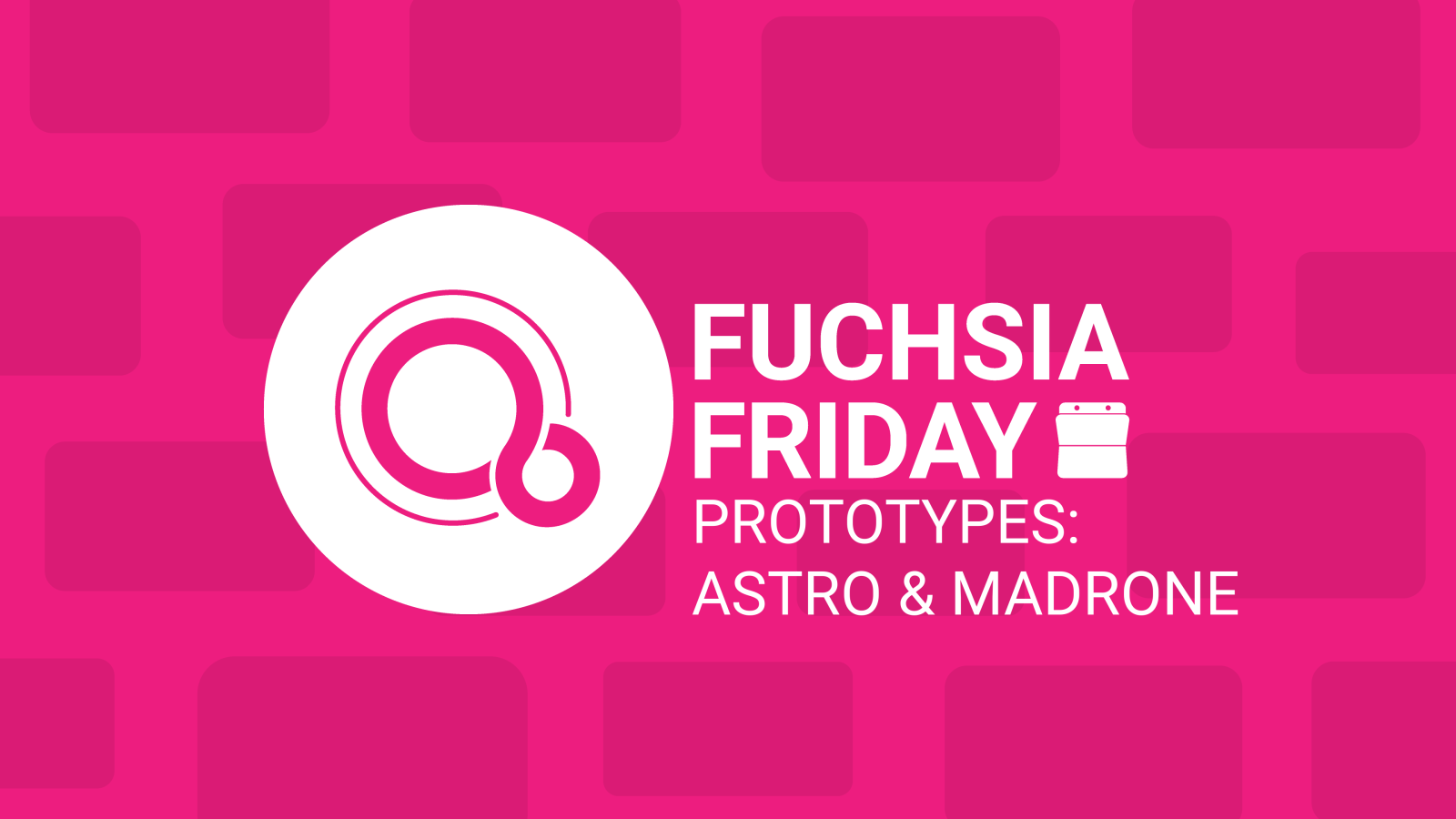 Things have been relatively quiet in the Fuchsia scene as of late, but development work has not ceased. Today on Fuchsia Friday, we take another look at Fuchsia’s device prototypes as found in its source code, including a brand new one.

To recap, earlier this year we looked at three Google “devices” appearing in the source code for the company’s upcoming operating system — that reportedly has ambition to replace Android within 5 years. One of those “devices” is actually an emulator with the codename Machina, and the other two are Gauss and Astro. While Astro’s purpose remains elusive, we generally believe Gauss to be a smart speaker.

Not much has changed for Gauss, but since June, more work has been done on Astro, revealing additional details about the mysterious device, including its display. Both variants have a 7-inch, 1024×600 resolution screen, which seems surprisingly dated.

One of the more interesting things I found while researching Astro is that the term “EVT” is being used when referencing it. In the hardware world, EVT stands for engineering validation test, and is typically one of a few stages of hardware testing before a device actually goes to market. On Quora, an Apple product design lead explains that EVT is “the first time you combine looks-like and works-like prototypes into one form factor, with production intent materials and manufacturing processes.”

To put Google’s concept of the EVT stage into perspective, when a member of XDA got their hands on a Pixel 3 XL in July and leaked some details, the device was clearly labeled as “crosshatch EVT1.0”. And more recent leaks indicated the next stage, DVT. While it’s obvious that Google’s Pixel hardware team is very different in that we already know they’re producing hardware for the mass market, we’re still looking at a device going from EVT (around July) to release (likely October) in less than a year.

This general timeline might indicate that Astro is coming sooner than most would expect, but it could also mean… nothing at all. The fact that Astro is even getting an EVT sounds, at first, like it may be a consumer-focused device, but it could instead be a promotional or demonstrational device. The Android TV dongles given to developers at I/O earlier this year come to mind. Or Astro could be part of an internal push for Fuchsia, to show what the OS can theoretically do. Being some sort of developer device could explain the low-cost, low-resolution screen (the official Android Things dev kit, for example, has an 800 x 480 display).

But what actually is Astro? Readers have suggested the idea that Astro could be a smart display of some kind, but the display resolution should give anyone pause. Even the smaller of Lenovo’s smart displays has a resolution of 1280×800. As mentioned, a dev kit like the official Android Things kit might make the most sense. Other wild suggestion have been something of a portable Android TV-like device or hardware related to Google’s gaming ambitions, but there’s not really any evidence yet to back up those ideas.

Since we last looked, the Fuchsia team added a new prototype, codenamed “Madrone”, which is based on the NXP i.MX 8M board. Beyond that, not much else is known about the hardware, or what Fuchsia developers intend to do with it.

As for the codename, a madrone is a type of tree commonly found in the Bay Area. Knowing that Gauss has such a clean-cut meaning behind its codename, “one maxwell per square centimeter”, I’m honestly not sure what this tree may indicate about the device, if anything.

While we haven’t found any evidence in the open source code for prototype hardware other than the ones we’ve detailed here in Fuchsia Friday (be sure to read our previous coverage of ‘Astro’, ‘Gauss’, and ‘Machina’), one of our sources tells us that there are a dozen or more prototypical Fuchsia devices floating around internally — experimenting with the OS out on everything from phones to smart displays to even smartwatches (the watch was “unusable,” we’re told). We have no proof and aren’t sure at this point how Google could keep all those hidden, but it’s not impossible.

We’ll be keeping a close eye on Astro and Madrone as they develop, so stay tuned.