What is Google’s Fuchsia OS, anyway? 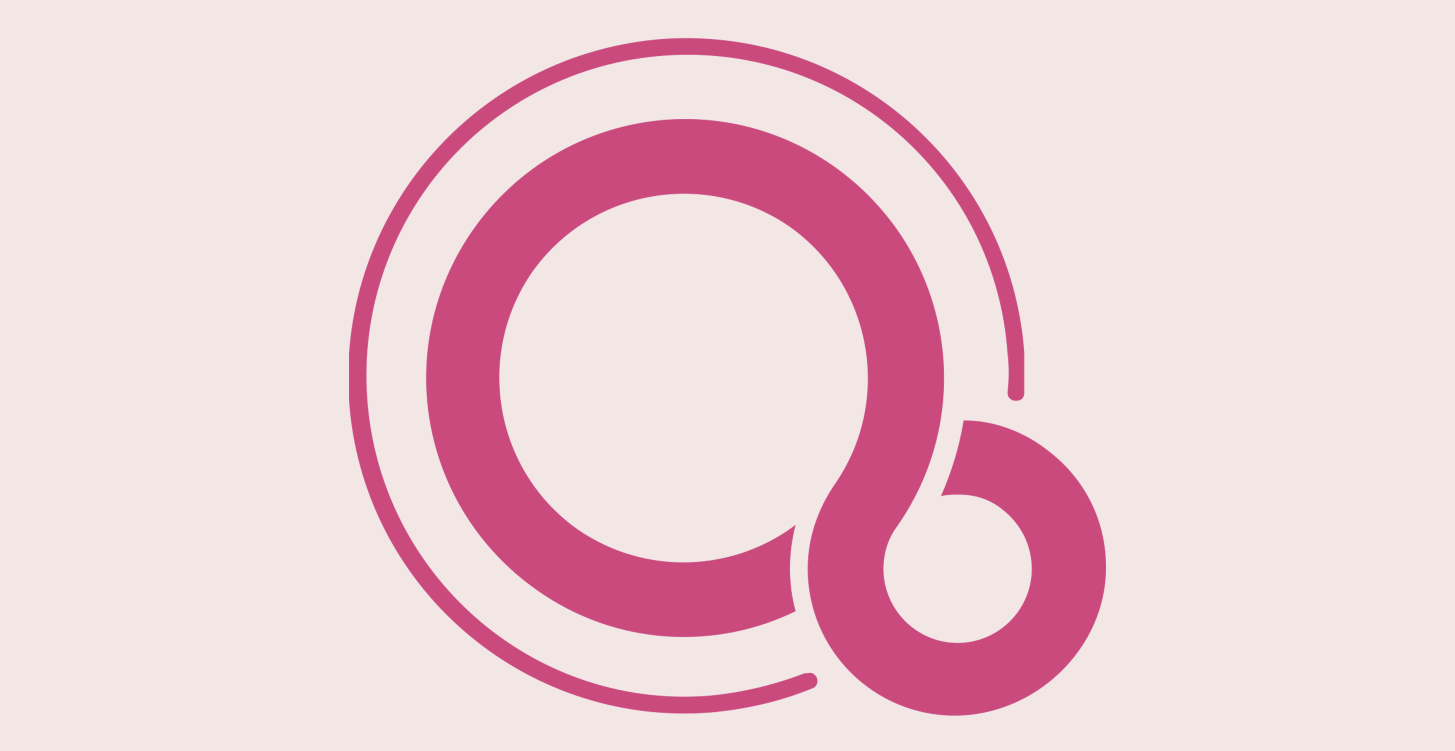 In 2016, we learned that Google was beginning work on a new operating system, with speculation at the time being that it could replace Android. Things were quiet until May of last year, when an innovative, but early home screen design was uncovered. Now that we’ve seen it up and running on a Pixelbook, it seems more likely Fuchsia could eventually supplant both Android and Chrome OS.

With the resurgence of attention on Google’s new Fuchsia OS, we thought it would be good to give a recap of what exactly Fuchsia is and why we’re excited about it.

The first thing you’ll notice when you log in is that Material Design is here in a big way. Fuchsia uses its own special renderer, Escher, that specializes in shadows. Your windows, notifications, buttons, pop up boxes, and more are all cleanly layered, giving a depth to your view. Your wallpaper feels less like a picture hiding flatly behind your applications and more like a view out of a nearby window.

Fuchsia currently offers two layouts: a novel mobile-centric design codenamed Armadillo, and a more traditional desktop experience codenamed Capybara. Armadillo drops the app drawer and shortcuts model for a combined view of Recent Apps, Quick Settings, and your Google Feed. Capybara is still very much a work-in-progress, with only a taskbar containing the time, a placeholder for quick settings, and something reminiscent of a start button.

You can check out our look at Armadillo from last year right here:

In either case, every application you open is in its own card, or you can combine multiple apps into one shared card. Some suggestions from your Feed will directly open two apps in one card to offer a combined action. Overall, it’s an interesting evolution of the traditional app-home-screen model, which seems to put the focus on actual tasks rather than individual apps.

Fuchsia seems to be Assistant-first

Assistant in Android can inspect your screen for information for its use if you hold the home button, but it seems Fuchsia will provide even deeper access. In Fuchsia, you can be in your browser looking at reviews for a restaurant, then you open your calendar to check a date, then say “Okay Google, invite Samantha to lunch” and it would have all that context. 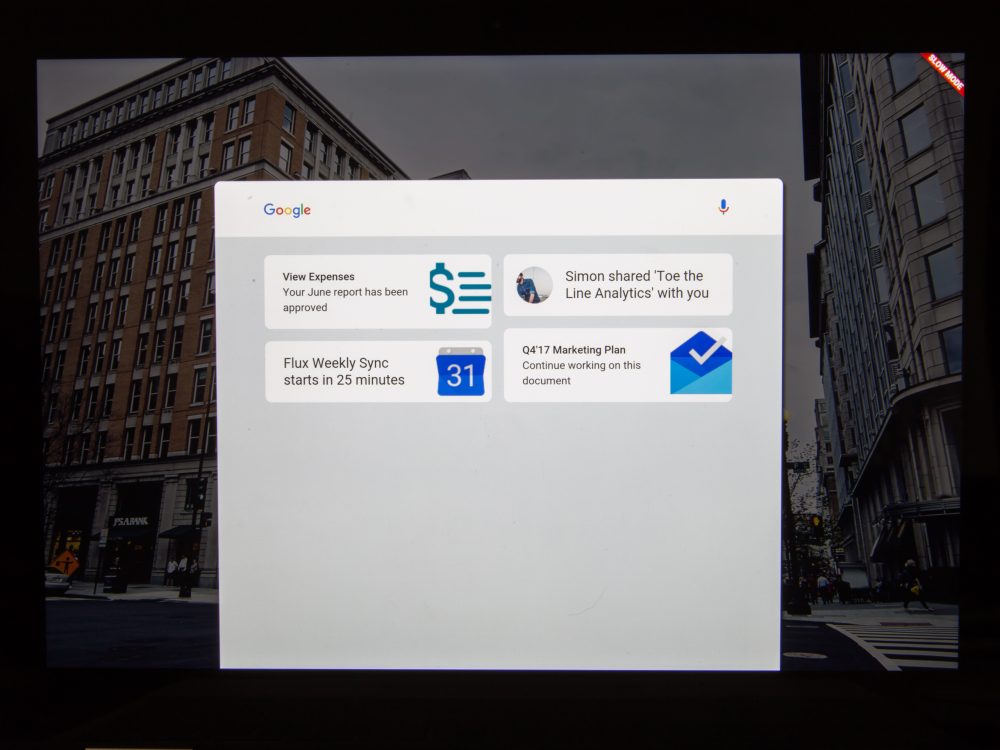 Assistant will have access to all “entities” (“an identifiable person, place, thing, event, or concept which is represented within the Fuchsia platform”). And notably, the developers have specifically called out access to entities seen on-screen in the past: Entities will enable “the Assistant to inspect and manipulate entities present in the current context or seen in the past.”

Fuchsia is a cross-device OS

In today’s technological world, most people don’t have just one device, but multiple. Phone, tablet, desktop, laptop, wearables, and more. Based on the current state of the OS, Google seems to be working to make Fuchsia run on all of these seamlessly and in unison.

Traditionally, the problem with doing this is maintaining progress and context. That’s where something called Ledger comes in: once signed in with your Google Account, your applications automatically save their place across devices. Google describes Ledger as “a distributed storage system for Fuchsia.” Everything is stored in the cloud. 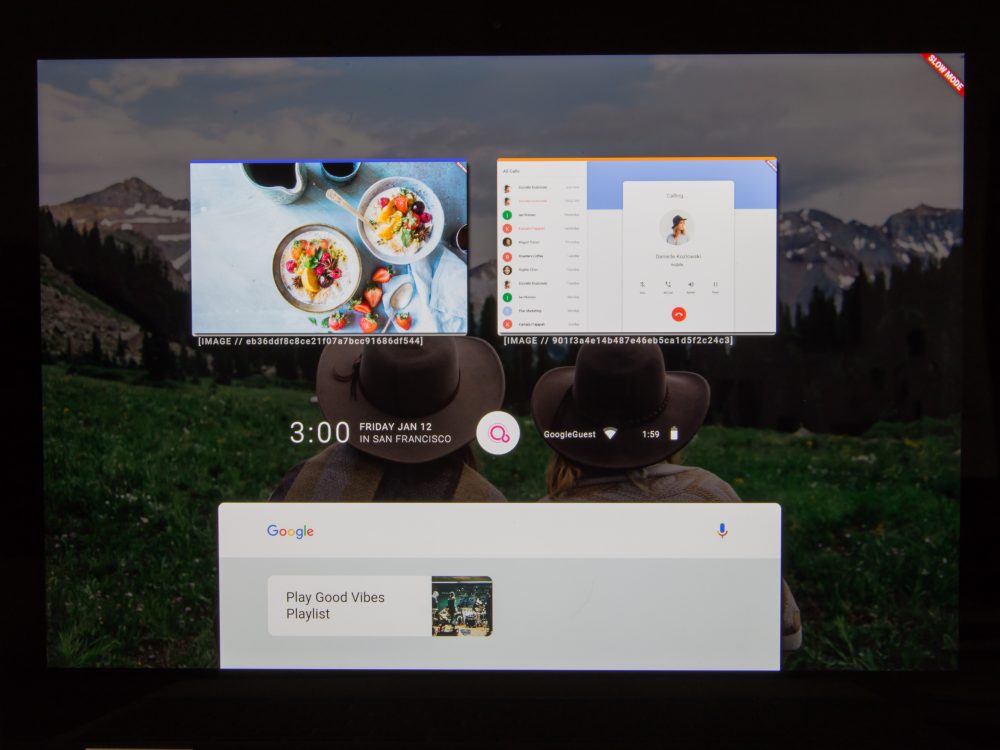 The idea is a futuristic but cool one: Close Chrome on your phone, then open it on your laptop and your tabs are right where you left them. The document you forgot to save before you left work? Just open Docs on your phone and save it. Your battery died right in the middle of a research project? Borrow a public computer and pick up where you left off.

Additionally, since there’s no difference between Fuchsia for laptop and desktop and Fuchsia for mobile, for some there may not be a need to carry both. Theoretically, you could just plug your phone into a dock (similar to Samsung’s DeX or Razer’s Project Linda, perhaps), and you can be up and running with a bigger screen and a desktop/laptop-like experience.

Android and Chrome OS are both based on Linux, which has a solid 25-year foundation. One problem for Android is that before Treble, patching to the latest Linux kernel was reliant on device OEMs putting in the work, which few did (or at least not in a timely manner). Even now, after Treble has been available for a few months, some OEMs are reluctant to include it on their devices. This leaves Android users potentially vulnerable to new exploits that have already been patched upstream.

Fuchsia avoids these pitfalls by using its own custom kernel, Zircon, which is designed to be consistently upgradeable. To help make this possible, applications are isolated from having direct kernel access. This both gives an extra layer of security and prevents apps from being incompatible after a system upgrade, a problem that has plagued Android before.

Google is reaching out to developers of all backgrounds with this project. Most of the UI is written in Dart (a language that is designed to feel familiar to JavaScript and Java developers), through the Flutter framework. Support for Go, another Google-designed language is also included. Systems developers will find comfort in the availability of Rust. Google is also targeting Apple’s developer base by introducing Swift support.

The icing on the cake, though, is the native interoperability support for most of these languages. Through the FIDL protocol, your Dart UI code can directly interface with your Go backend or any other combination. This gives developers the opportunity to be more expressive and use the best language for the job at hand. We’ll dive a bit more into this later.

So when can I use it?

That’s the tricky part. While Fuchsia in its current state is looking pretty, the underlying functionality has a long way to go. It doesn’t even have a fully functioning web browser, (though a port of Chrome is in progress). And if you’ve seen it running on a Pixelbook, you know it still has a way to go.

Some signs we’ve seen point to some kind of initial Fuchsia release that would be sooner rather than later, but everything’s really up in the air for now. Based on looking at the current state of things, we’re inclined to think we won’t see any devices running Fuchsia until 2019 or later.

Notably, everything in this post is simply us doing our best to deduce Google’s current progress and hopes for the project — as with anything in this stage in development, it’s all subject to change. Probably lots of change before you ever see this on a consumer product.