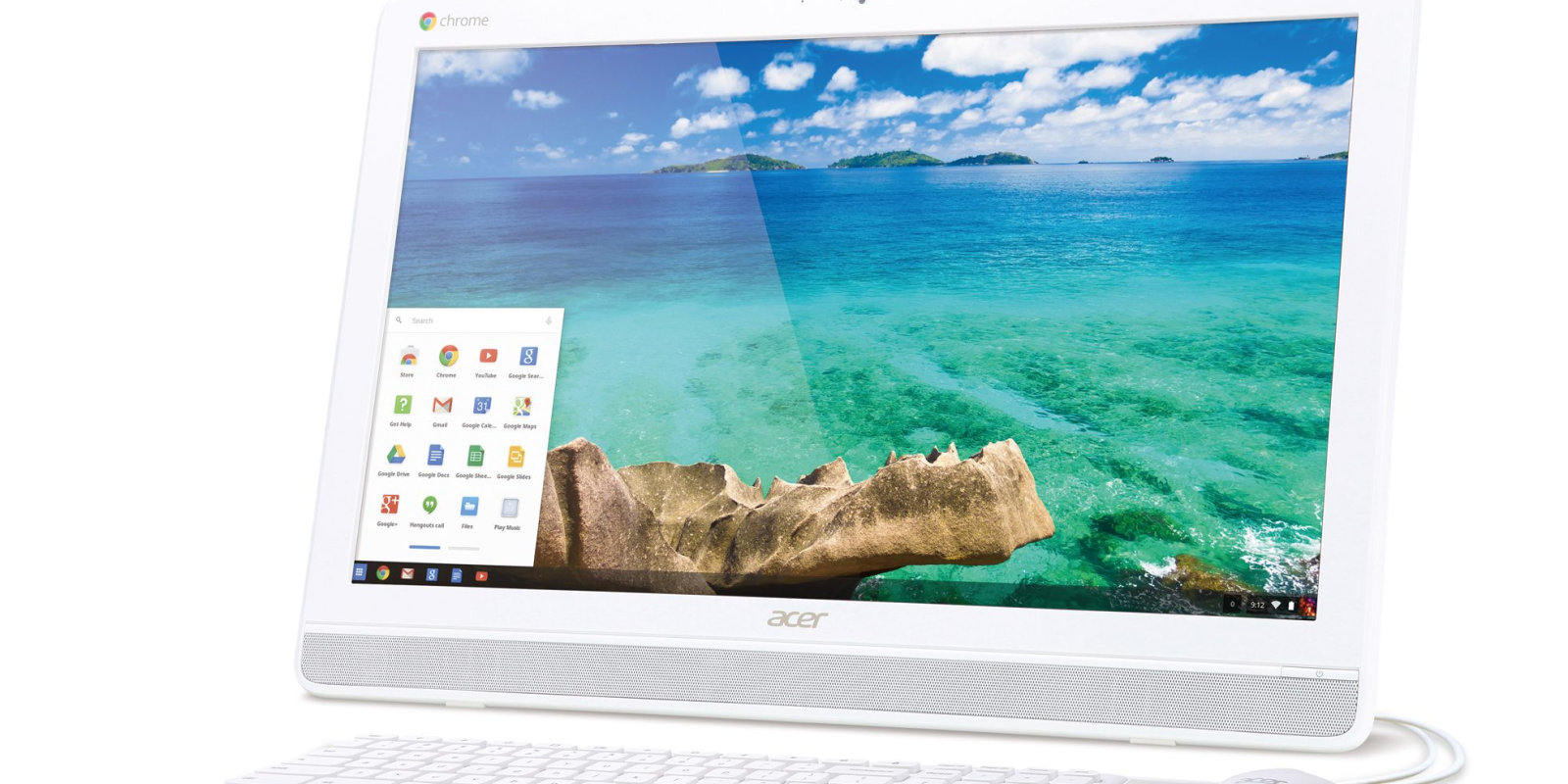 Between gaining Linux app support and the announcement of the premium Google Pixel Slate, Chrome OS has been stepping up in a big way. It’s no surprise that manufacturers are trying to ride the momentum by re-introducing form factors for Google’s OS, including the forgotten Chromebase.

Chrome OS’s unique combination of features has made it dynamic enough to work with a variety of designs over the years. Chromebooks (laptops), Chromeboxes (desktops), Chromebits (stick-sized computers), and now, thanks to the Pixel Slate and HP Chromebook x2, “Chromeblets” (terrible name).

One form factor that did not catch on initially may be getting a second chance: Chromebase all-in-one computers. Similar in design to the Apple iMac, only a few brands — LG, Acer, and AOpen — have created Chromebases. With limited uses for such a device, high costs (for a Chrome OS device), and non-portable form, Chromebases weren’t ready for primetime.

There hasn’t been a new Chromebase since AOpen’s Chromebase Mini from early last year. That now seems to be changing with a new board called ‘Kalista’, according to code discovered by Chrome Unboxed. Chromium developers are being very clear about Kalista’s status as a Chromebase.

It’s not yet known whether Kalista is intended to be a final product or a baseboard for many Chromebases, like Poppy and Fizz are for Chromebooks and Chromeboxes, respectively. What we do know is that Kalista is closely based on Fizz, which indicates that it too will run on Intel Kaby Lake processors.

Update 10/29: It’s now been confirmed that Kalista is indeed a baseboard, and that an actual product is in development, codenamed Karma. This change has triggered some renames across the Chrome OS codebase.

Additionally some information has shaken loose about the processors that will be available for Kalista-based Chromebases. It seems that these models will be able to support high-end processors like the Intel Kaby Lake-R i7 8550U. To support these, some Chromebases will use a 135W power supply, as opposed to the 90W ones used by current Chromeboxes. Also unlike the Chromeboxes, Chromebases will not be capable of using USB-C power.

It’s also been revealed that Kalista-based Chromebases are designed to have a touchscreen, which is fairly typical for similar Windows all-in-one PCs and will come in handy for working with Android apps.

Given their previous track records, it’s likely that this Chromebase will be made by Acer or AOpen. Of the three companies to have made Chromebases, these are the only two to make more than one model. There does however, exist a third possibility, albeit a slim one.

The creation of a new Chromebase offers potential answers to questions that have been lingering in our minds: Why did the Brydge leaks show two Chrome OS keyboards? And for that matter, why was one labeled as a “desktop” keyboard?

It seems plausible to me that Brydge was preparing a keyboard for a device that is still yet to launch. That brings us back to our original argument that the company only makes accessories for premium products like the iPad and Microsoft Surface (and now Pixel Slate). Not to mention the leak indicated that the keyboard would be “for Hooli” or as Silicon Valley fans would translate it, “for Google.”

Another piece of the Brydge puzzle was that the two keyboards had the same Midnight Blue color — a scheme we now know to be signature to the Pixel Slate. The Pixel Slate would be fairly unwieldy to use with a detached wireless keyboard, especially one without a trackpad. This could indicate a Chromebox or Chromebase with the same style cues as the Pixel Slate.

Beyond that, Kalista is being developed by Quanta Corp, who also made the Pixelbook, Pixel C, and most Google Home speakers. This is by no means definitive, however, as Quanta also develops Chrome OS products for other companies.

There’s not enough evidence to say that Google is making a Chromebase, but needless to say we’ll be keeping our eyes on Kalista going forward to learn more about it and find any hints of who may be developing it.