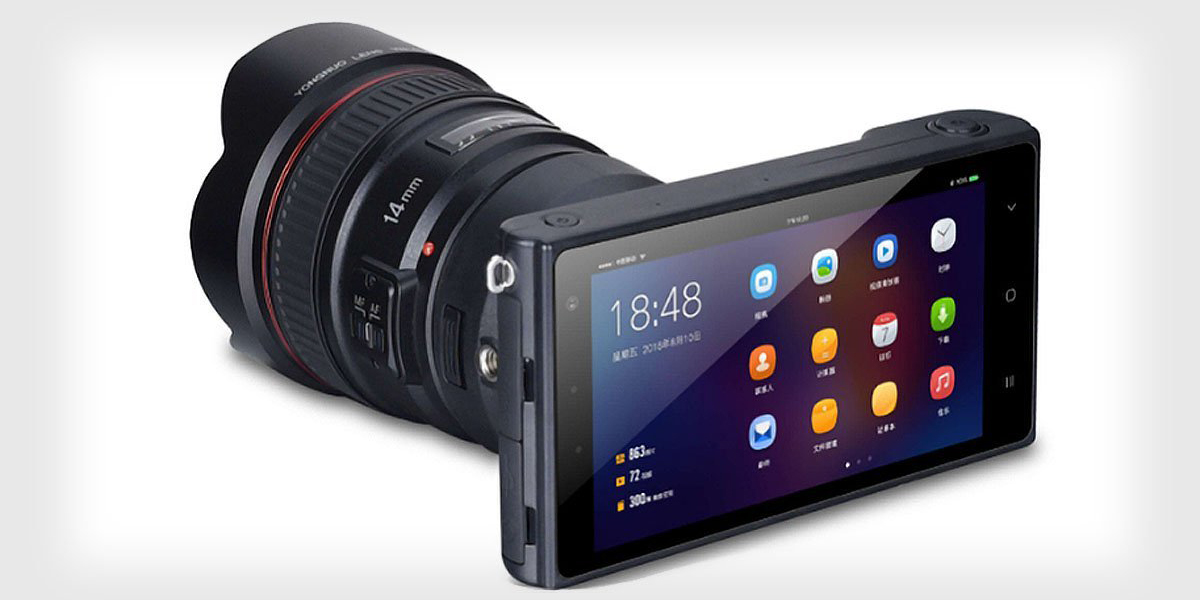 As initially spotted by PetaPixel, Chinese camera company Yongnuo has announced the YN450, an Android-powered 4K mirrorless camera that supports the usage of Canon EF lenses.

Yongnuo is famous for creating cheaper clones of Canon lenses, so it should come as no real surprise that the YN450 would offer lens support.  That aside, this reminds us (and I’m sure many others) of the ill-fated Samsung Galaxy camera, released way back in 2012. However, the Galaxy cam didn’t feature traditional lens support.

Powering the Android-side of the device is a still-unknown Qualcomm 8-core processor, 3GB of RAM, 32GB of expandable storage (no word on it being microSD or standard SD card yet though) and will come pre-installed with Android 7.1 Nougat. The 5-inch 1080p display will support multi-touch, which should enable much greater control when picking or pulling focus when in use.

The rear camera shoots at 16-megapixels with RAW functionality for more advanced photographers, and also includes a front-facing (technically rear-facing in this instance) 8-megapixel camera. Video, though, is capped at 4K at 30fps.

Other hardware features include a stereo microphone, GPS, a 3.5mm headphone port, dual LED flashes, and a decent sized 4000mAh battery — much bigger than many dedicated camera batteries.

Supporting DSLR lenses means you get all the benefits of the Micro Four Thirds sensor on top of a full Android experience, meaning you can access Google services directly from your camera roll. It also means that this could provide a solid live streaming device with a direct connection to services such as YouTube and Twitch.

There’s no word on the Yongnuo YN450 pricing or the potential release date either, but it could potentially be a great go-to device for online content creators if the priced right.