Hands-on: Nightscape for OnePlus 6 and OnePlus 6T is a mixed bag [Video] 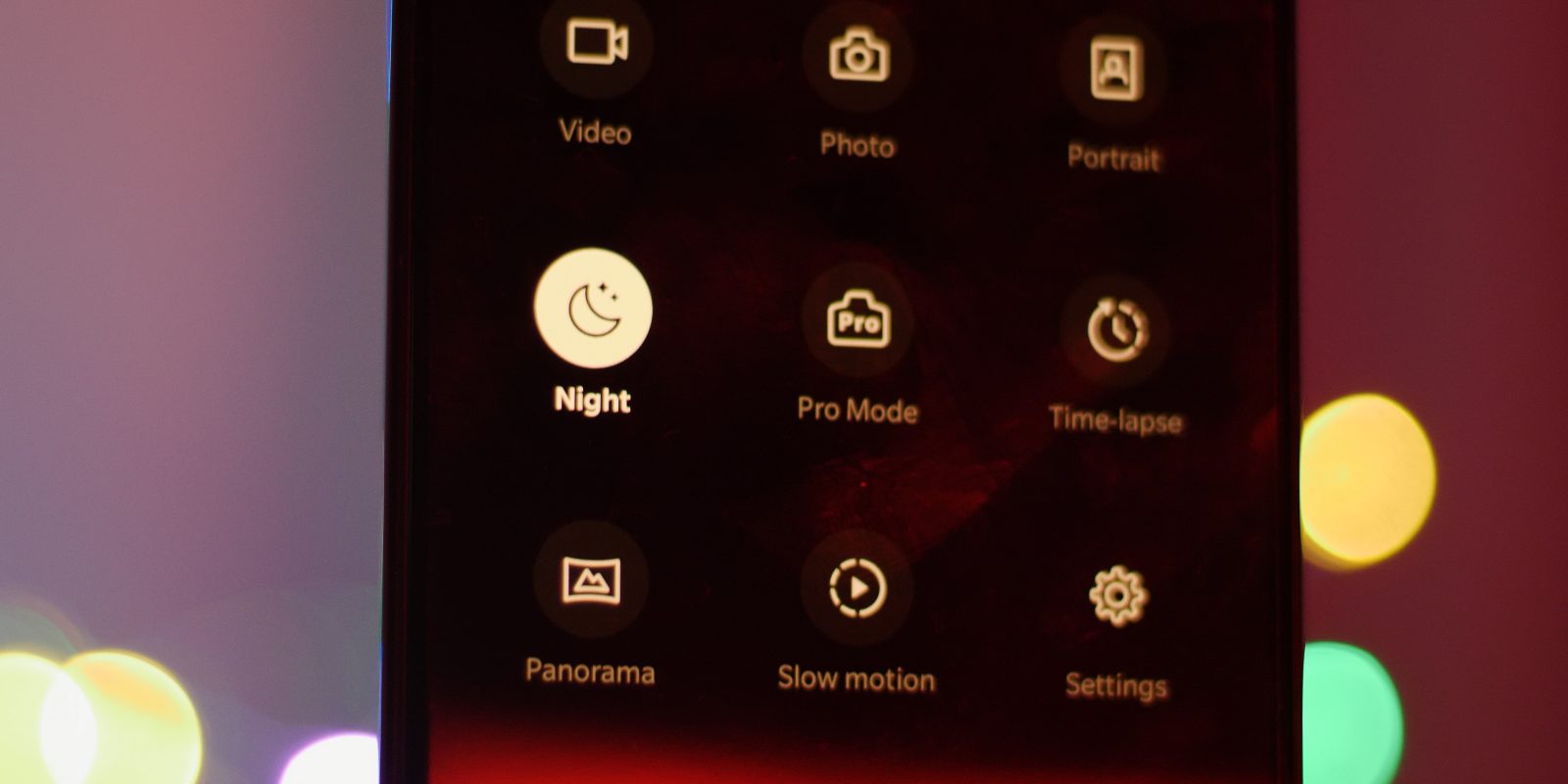 The OnePlus 6 is already capable of using the company’s new Nightscape mode thanks to Android Pie beta 6. Naturally, that meant I had to head out into the darkened streets to see if it actually makes any difference to the night-photography capabilities of the device.

Let’s first get this out of the way though: don’t expect Pixel 3 Night Sight or Mate 20 Pro Night Mode level quality. The OnePlus Nightscape mode isn’t quite as good, but given the right conditions, it can really improve your night-time photography. Also, please note that this isn’t strictly an in-depth camera test, but more just an indication of what to expect on your OnePlus 6.

That said, on the OnePlus 6 (we tested using the 6 as our 6T review unit hasn’t arrived just yet), Nightscape results were a pretty mixed bag at times. My first attempts were a little shakey, but once I got the grasp of taking steady shots, it’s easily the fastest Night Mode that I’ve been able to test.

Let me also say, without seeing any of the results, you will most definitely need to pick and choose your battles with Nightscape mode to get the very best end result. Sometimes you will see the standard Auto mode will produce a more workable or pleasing image, that isn’t any fault of the device. You can only work with what’s at your disposal. 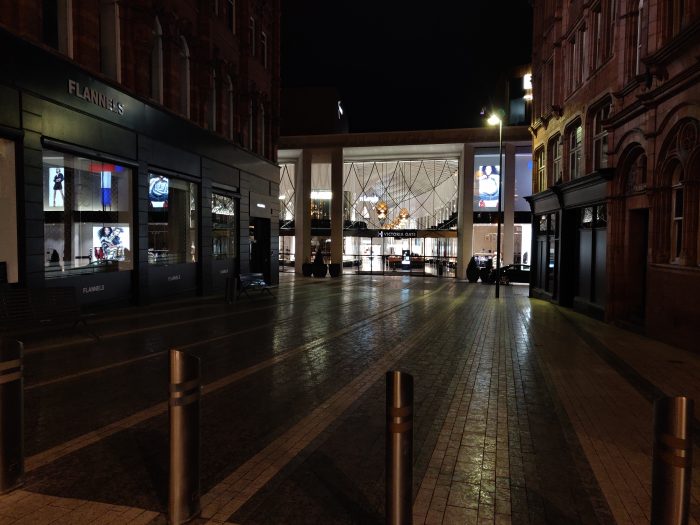 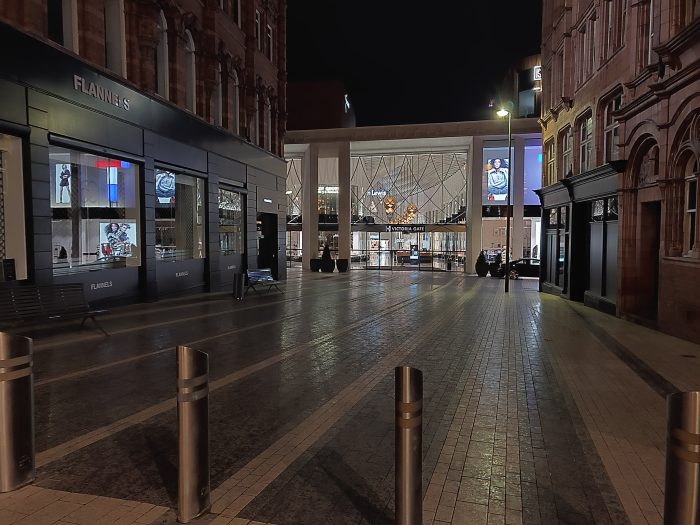 As you can see clearly from this street shot, Nightscape works by prolonging the exposure and increasing the overall clarity of the dark corners of the image. While it isn’t quite to the level of the Huawei Mate 20 Pro or Pixel 3 Night Sight, you do get a much nicer looking result.

You might be able to notice that it loses a little bit of crispness — I’ve seen this with some images where I’ve probably not quite kept my hands as steady as I could have. 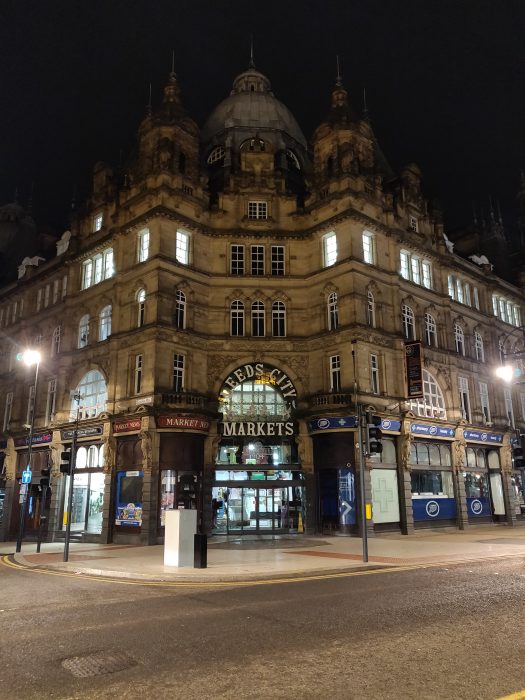 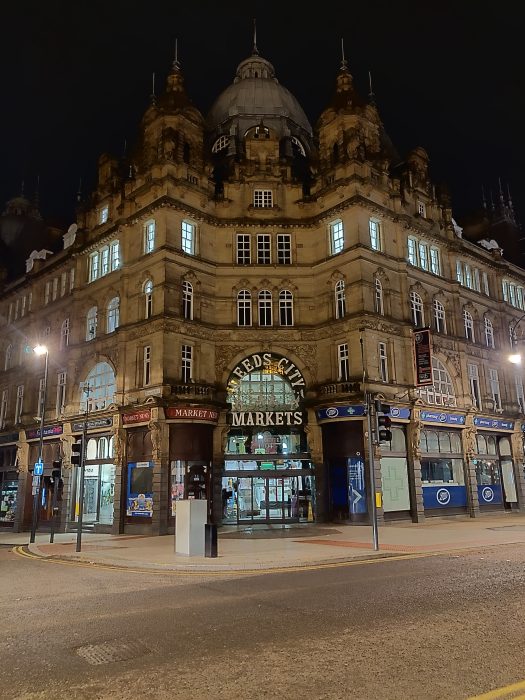 Not all images exhibit such drastic changes, but once you compare, you can see why choosing to use Nightscape can make enough difference to a scene. Bringing up all the shadows makes a massive difference to the image quality — for one, the streetlights aren’t quite as harsh. I really like the color change, it’s a great example of what can be achieved with Nightscape given the ideal conditions. 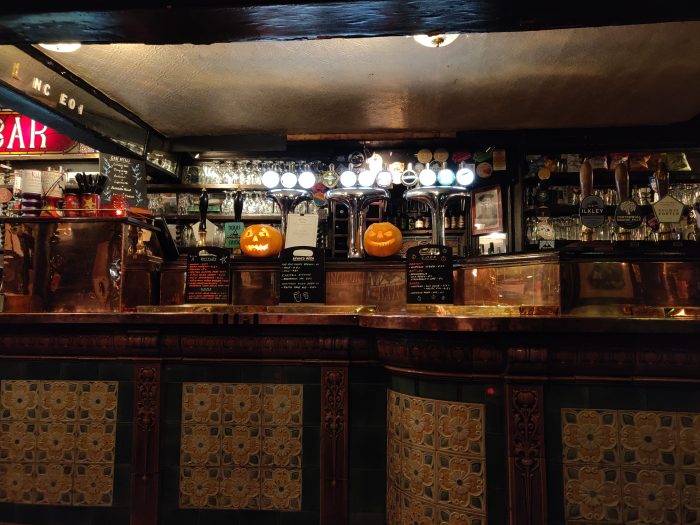 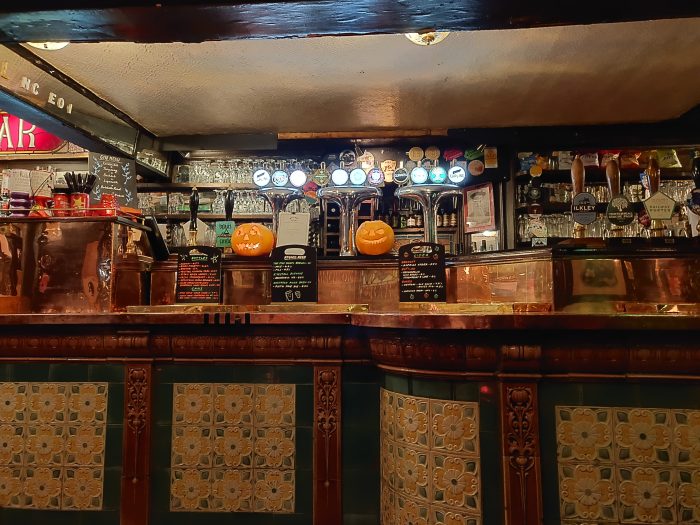 The best thing about Nightscape is that it works indoors too, even in dingy-but-cosy bars, where the lighting would be considered soft. Speaking of soft, you’ll see that Nightscape can sometimes make images a little softer, but I’d argue not to the detriment of the image. It really adds warmth to the picture and that will be something you either like or dislike depending on your own preference. 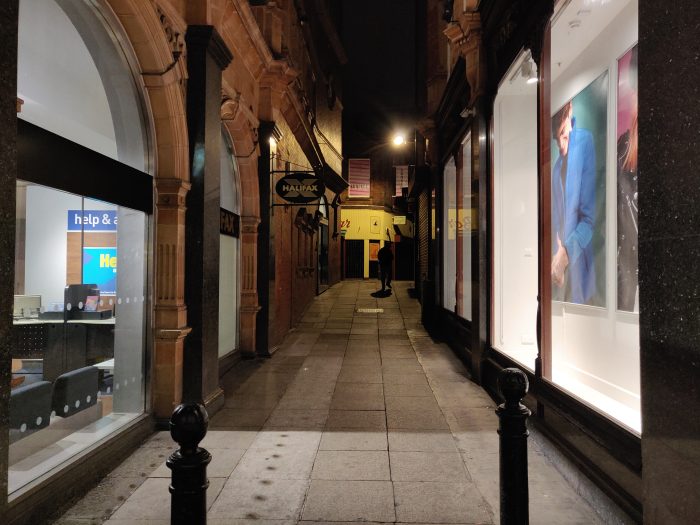 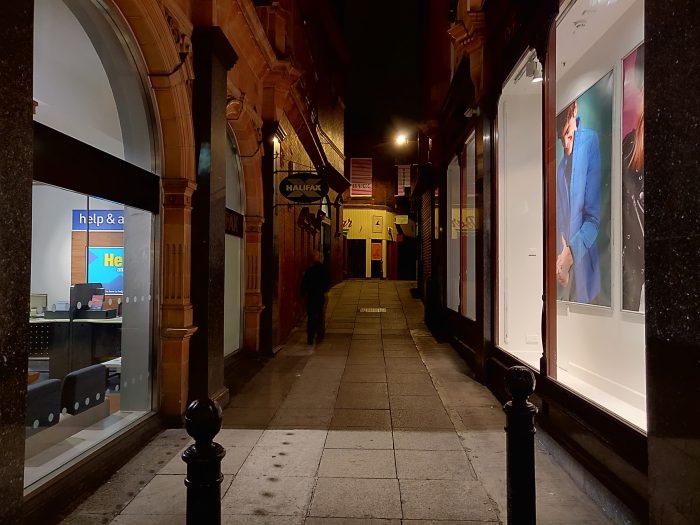 Nightscape isn’t perfect by any means. Take this back alley photo for instance — the guy walking into shot is a blurry mess. Forgetting that for a second, I don’t think the mode really improved the overall image in this sample photo. It has toned down the lighting and as a result, we see a loss of detail, leaving us with a poorer quality photo. 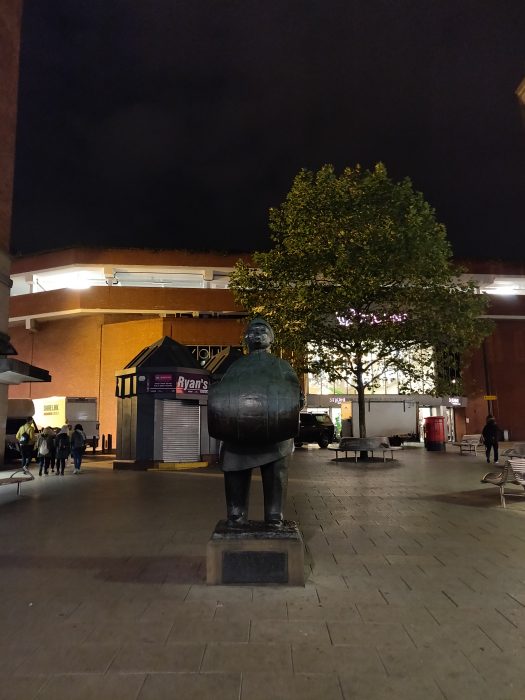 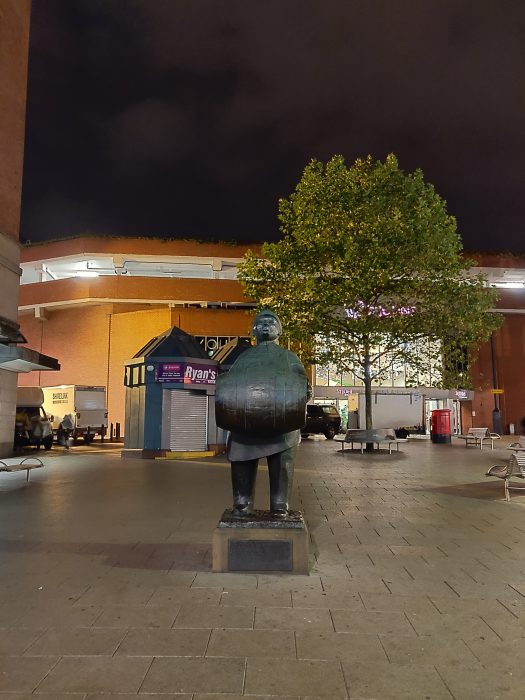 Learning the strengths and weaknesses of Nightscape is going to be key to working out when the new camera feature is best to be used. With something like this statue, all of the detail is much more pronounced when using Nightscape and you can even see faint clouds in the nights’ sky. 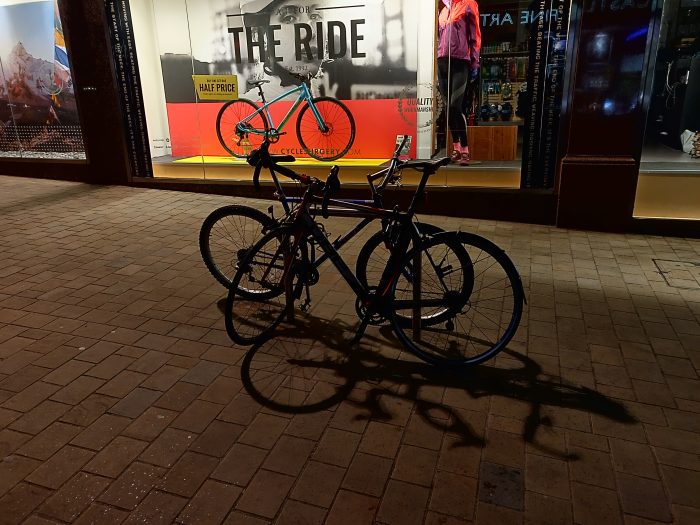 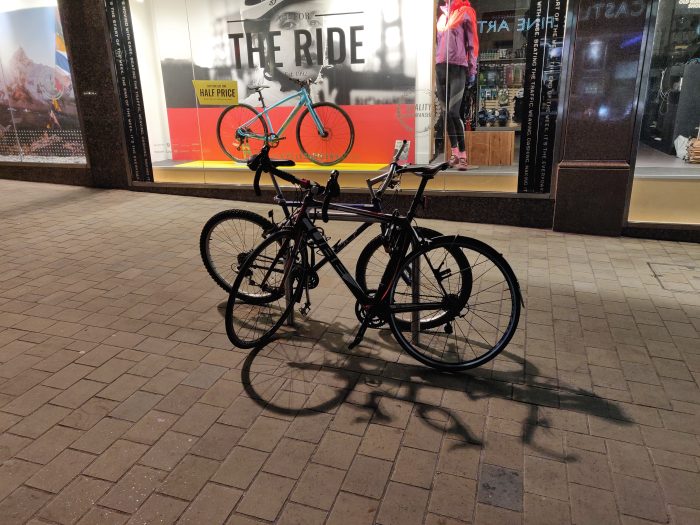 Here’s an example of the what I would consider the major strength of Nightscape mode. Mixed shadows, one major light source, and a central subject cloaked in shadow. Once you fire up Nightscape it really improves a lot of the areas of the picture. You can see the text on the bicycle clearly, and even in the shop windows you see more detail on the mannequin, including the shelves in the background.

Nightscape takes a little bit of time to get your head around, including some experimentation to work out when best to use the mode if you plan on taking night pictures. I have already tested it directly against the Huawei Mate 20 Pro Night Mode and it doesn’t quite stack up to be brutally honest. It might not be an outright killer feature, but that doesn’t make it a bad night mode by any stretch, especially when the device costs under half what the Mate 20 Pro costs.

Personally, I’d suggest using the feature sparingly. Any setting with harsh lighting will potentially whitewash the image. Instead, you should use it when there aren’t too many light sources, or simply take a couple of shots and then work out which is best for you — much like I have here.

I’d love to know or see any of your own Nightscape shots. Once you get the hang of it, you can really take some awesome photos. It’s also really cool that the OnePlus 6 gets the software features found in the newer OnePlus 6T. Don’t come expecting exceptional low-light photos, just expect a subtle boost and you definitely won’t leave disappointed.