Samsung’s annual developer conference kicks off tomorrow, November 7th, and we’re expecting some big things from the company. A teaser yesterday, a new report, as well as an SDC event have seemingly confirmed that the company’s foldable phone is officially being shown off in the next couple of days.

Reports of Samsung working on a foldable phone date back years and years, but over the past few months things have been heating up in this space. Samsung’s CEO has even said that the device is coming this year, and a previous report pointed to the Samsung Developer Conference as our first look at the device.

Today, a fresh report from Reuters is backing that up. The report brings out that Samsung is using its annual conference to show off what the UX of a foldable smartphone is like, as well as what Samsung has already built for its upcoming device. A Samsung official quoted in the report said:

Unlike our flagship products, the foldable phone is a completely new concept in terms of design and user experience, which requires a different approach. Before we take it to the market, we want to share with developers what we’ve done so far and see what they think of it

Alongside a look at the interface, the report goes on to mention that this week’s conference will also be the first time images of the company’s foldable phone are revealed to the public. More than likely, though, a working model of the device won’t be on display.

Helping to confirm these details is a leaked screenshot from SamMobile. From an SDC schedule app, one session titled “Galaxy UX” specifically mentions going over how a “foldable display creates a totally new experience.” Further, this session description mentions Android Pie changes.

We’ve already gotten a couple of glimpses at Samsung’s take on Android Pie, and presumably, this week’s conference will further lay the groundwork for an official beta release of that update. 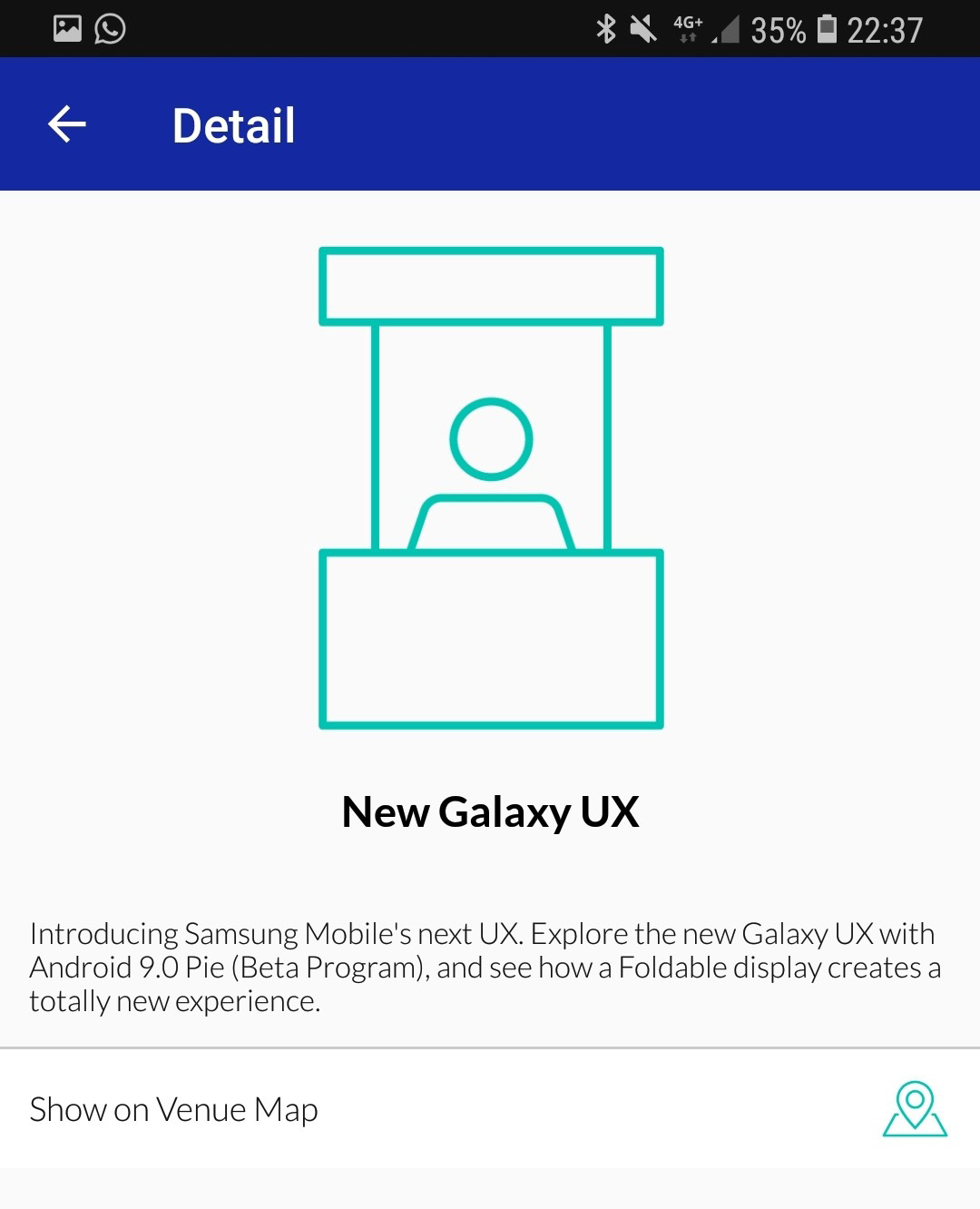