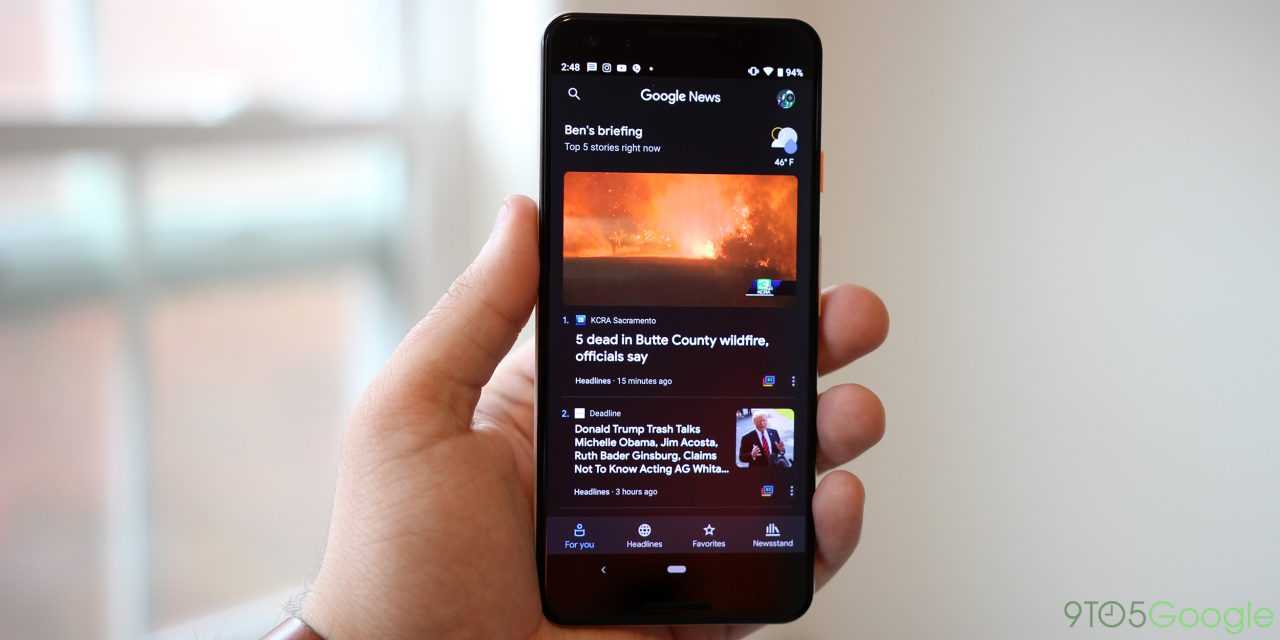 In recent weeks, the European Union’s Copyright Directive has come under immense online scrutiny, with Article 13 possibly resulting in YouTube blocking some videos in the continent. However, Article 11 — dubbed a “link tax” — has potentially equal ramifications, with Google News possibly shutting down as a result.

In an interview with The Guardian this week, Google’s vice president of news Richard Gingras discussed the impact Article 11 of the “Directive on Copyright in the Digital Single Market” would have on the company’s services.

The provision specifically targets Google News and other apps that use and include snippets of articles. Services often use the opening lines of a story, alongside the headline and image, to provide more context for readers.

With Article 11, Google would have to pay publications every time this occurs. Akin to a paid license, this is a means of helping newspapers regain lost print revenue taken by digital advertising companies.

Some have called Article 11 a “link tax,” with Google in The Guardian interview not ruling out shutting down Google News for European users. This occurred in 2014 when Spain passed a similar law, and resulted in traffic falling for local outlets. Google argues that its News product does not generate revenue for the company, with Gingras calling it “valuable as a service to society.”

The end result could be decreased traffic to sites from Google News, with Gingras also noting a reduction in the number of stories that appear in Search results. This would stop the other primary way readers often find news articles.

Article 11 and 13 will be finalized in January 2019, with companies lobbying to change the final wording of the legislation before then. Google says that it will make a decision after the final language has been released. For the past year, Google has been fighting this narrative that it harms media publications, with various commitments to journalism, like easier subscription sign-ups and grants.