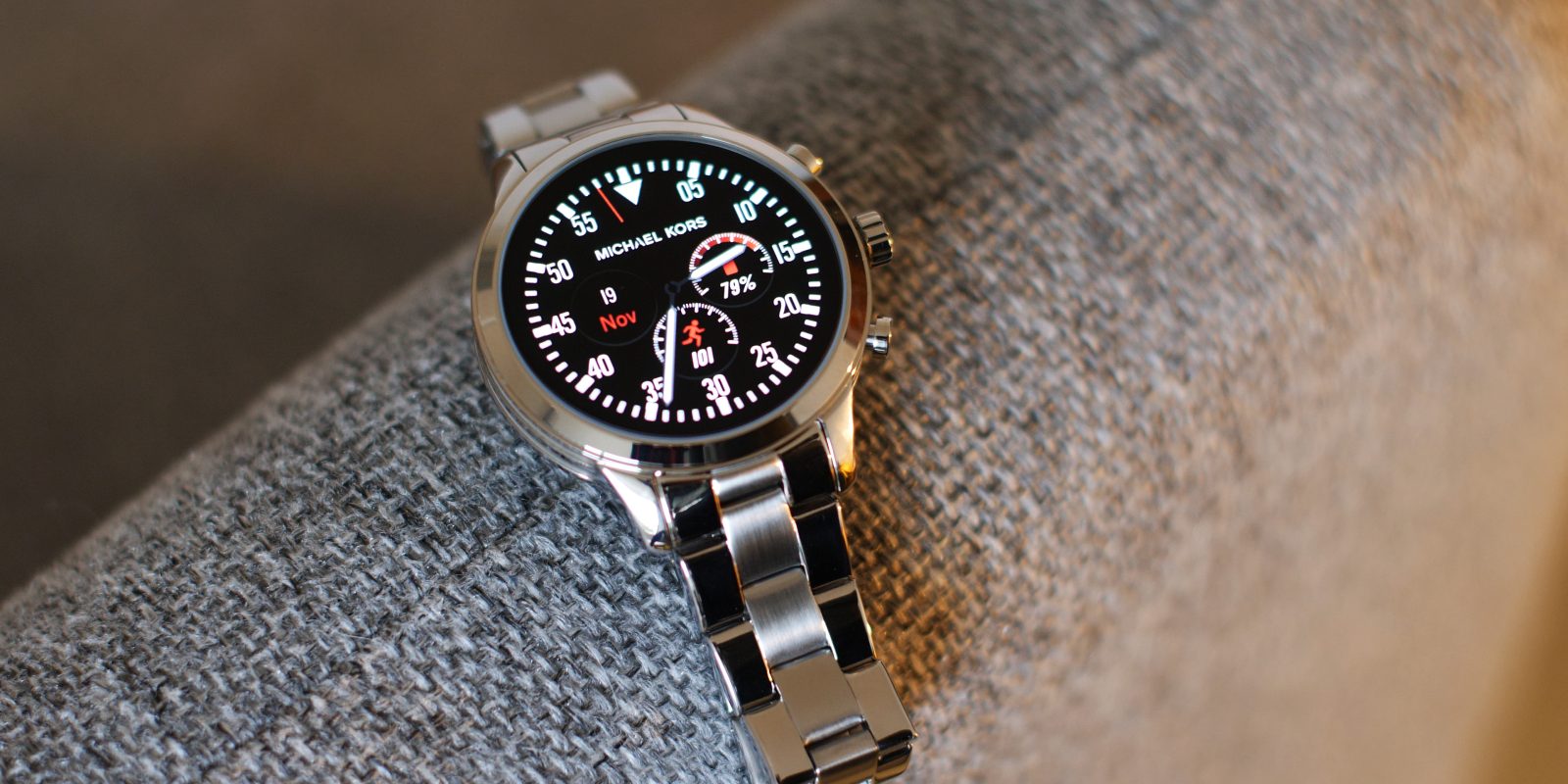 Smartwatches come in an array of shapes, sizes, and styles. At the low-end, these are a utilitarian affair. Plastic dominates with quality not always top of the priorities list. That makes the Fossil-made Michael Kors Access Runway smartwatch all the more attractive to anyone wanting a more ‘high-end’ feeling wearable.

Traditionally, Michael Kors branded jewelry and watches are aimed more toward the women’s market. But personally, I feel that this watch is more than suitable for anyone looking for a slightly smaller, slimline piece of wrist candy. The more widely accepted masculine color options combined with the 42mm size make this perfect for men with slightly smaller wrists — like myself.

Even with that said, who really decides what is acceptably masculine or feminine with regard to tech wearables? I suppose that’s a discussion for another day.

As with any Michael Kors product, it feels refined and has a somewhat classic look without the watch appearing like a ‘hunk of tech’. At first glance, the Access Runway looks just like any other watch already available from Michael Kors, and that means that it’s most definitely fashion-focused.

I’m not normally a fan of metallic bracelet-style watches, having had a few ‘dumb’ watches in the style in the past. That said, this is a lot lighter than it looks initially. I still can’t say I’m a fan of the links though, as they do catch wrist hair far too often for my preferred comfort level — which is no hair catching at all to be honest. Of course, this isn’t a problem for those not coated in fine fur like I am.

You can replace the strap with a number of other options though if the stainless steel finish and link style are not what you’d opt for. It’s actually available in nine finish options, including rose gold, gold and silver casings with a color-matched bracelet strap or silicone strap. I’ve found that wearing the watch slightly looser means that using it for long periods it is much more comfortable and I tend not to get trapped hairs. Again that is pretty subjective, but this is a nice lightweight watch when fitted.

Of course, these straps are interchangeable should you want a bit more creative freedom with how your watch looks. The accents and subtle touches are most definitely part of the appeal, with the shiny stainless steel well-balanced with the brushed metal links and accents.

One major oversight with this particular watch is that with a metallic bracelet link strap, it’s never going to be a great choice for wearing during exercise. I’d suggest taking a look at a silicone strap if you do plan on wearing the Michael Kors Access Runway for heading to the gym or anything strenuous.

In all honesty, if you want a fitness band/smartwatch, I’d suggest you choose something else. The Access Runway does have a ‘swim-proof’ build, but as I mentioned I can’t imagine this would be the most comfortable watch to wear whilst swimming. 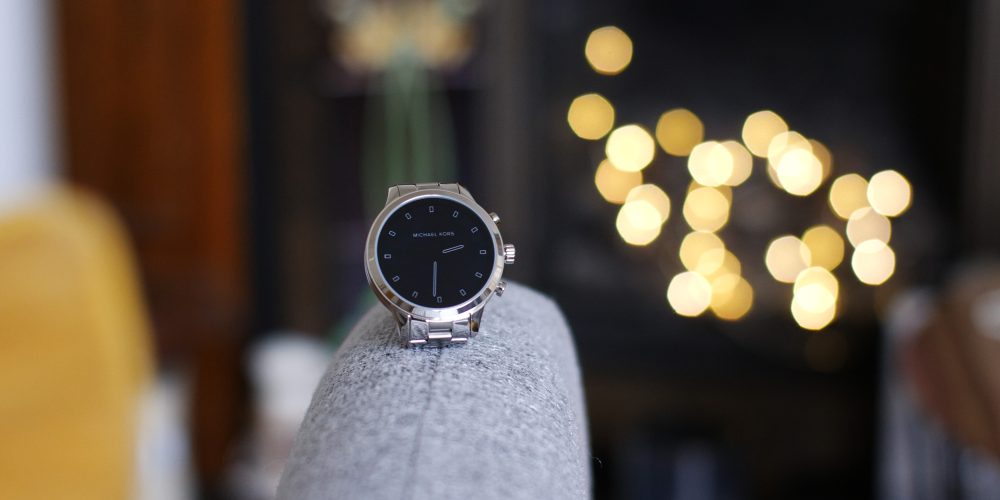 One of the core selling points of this watch as far as I am concerned — beyond the design — is the watch face. Yes, it is smaller than quite a few other similar devices on the market but it looks as good as any smartwatch I’ve worn. The 1.19-inch 390 x 390 pixel AMOLED display means deep blacks and clear, rich colors.

It would have been nice to have seen the display get right up to the edge of the casing as the rounded black border does eat into the panel quite a substantial amount. This wouldn’t be a problem on a black, watch but it does make it feel like it floats somewhat — it is hard to explain until seen up close.

The customizable faces are all exclusive to Michael Kors Access watches, which means if you already happen to have a smartwatch from the brand, then you’ll have seen many of them before. They are said to mimic the designs found on the traditional watches rather than being completely designed for this new ‘smarter’ form factor.

I found the chronograph and simple watch face replicas to be the best when paired with a fashion smartwatch such as this. You can always install a third-party application or tweak the faces to your own content though thanks to the inbuilt ‘My Looks’ watch face altering tool. It doesn’t allow for massive changes, but you can change things like the dial color or background face color.

Personally, I am a fan of the display, it gets bright enough to be read outdoors, but I’m still a tiny bit frustrated by it not stretching right to the casing. 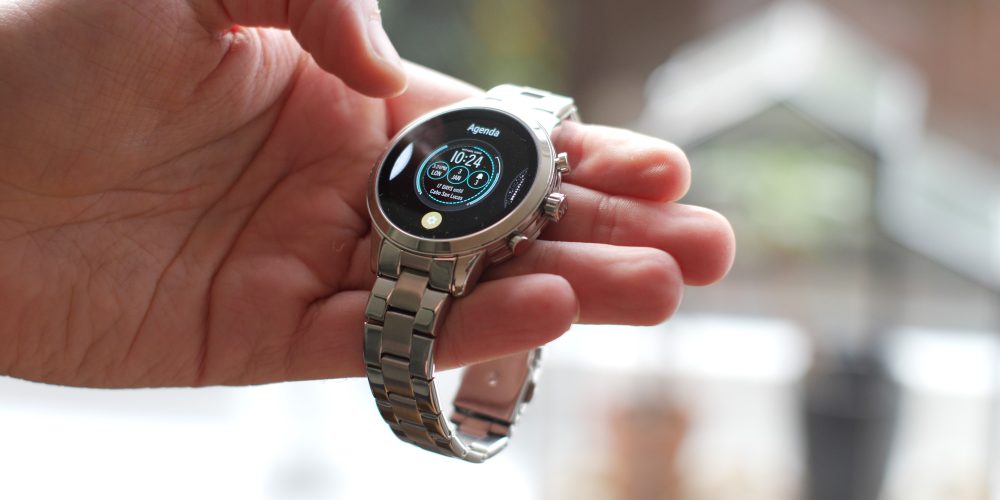 Wear OS has improved steadily over time with Wear OS 2.1 being the best major update since the Android Wear rebrand. The Access Runway has all of these 2.1 features after an out of the box update and this latest update runs smoothly on the hardware.

I mentioned that you can customize pre-installed watch faces somewhat, that is thanks to the MK Access app included. By plugging into your Facebook or Instagram account you can set a picture as your watch face, then a simple digital or analogue dial can be placed over the top. I was surprised how well it works, as I think this would be a great way to have a significant other or family member as your watch face without ever needing to install or use a third-party application.

As I said, the new simplified swipe menu update coming as part of Wear OS 2.1 is present and correct. Swiping right gets you right into Google Fit, which is a much better implementation than using an MK branded fitness app that doesn’t play well with Google’s fitness tracker. Just to note: There is no Michael Kors-branded fitness app.

NFC connectivity is included, meaning mobile payments are possible. I haven’t tried using the system on the watch. Part of me feels that paying with your watch face is a still a little odd, maybe I’ll give it a proper test drive in the near future though.

The watch tracks also your heart rate every 20 minutes, but can be taken on demand just by tapping the heart rate icon on a compatible watch face. You can have your heart rate read within the Google Fit app too. It’s good that you have plenty of options to track your heart rate, but I still feel this isn’t the best option for sporty types. I can’t comment on the accuracy of the readings, but I have no reason to disbelieve them.

I also really like the way the dial controls the menu scroll when in use, it has just the right level of inertia when turned. I find myself using it much more than I would care to admit as the feeling is just great, it’s definitely one of the core areas that MK has nailed the operation of this timepiece. 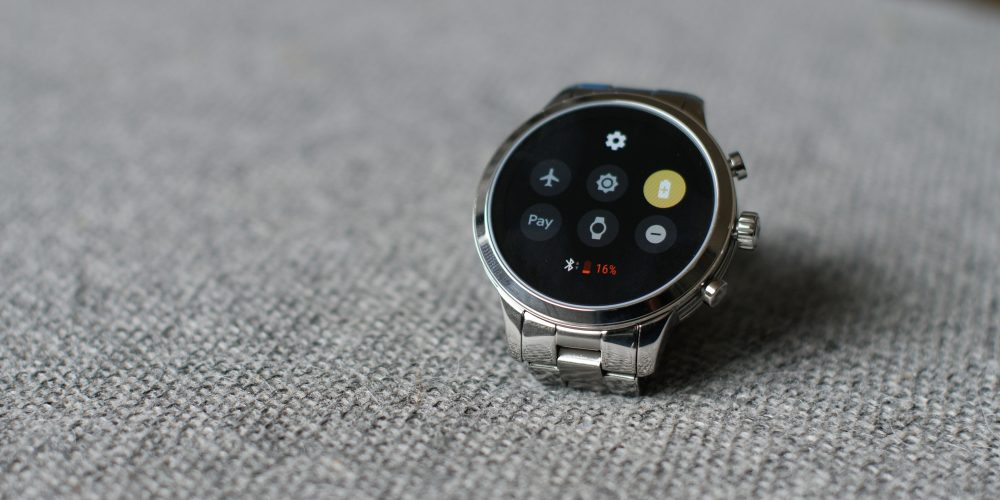 Unfortunately, the Michael Kors Access Runway doesn’t come packing in the Snapdragon 3100 chipset. That means that it misses out on the battery and performance improvements brought about by this CPU hardware refresh. Naturally, any wearable does ideally need good battery life so you don’t end up with a dead watch and a glorified bracelet with a black screen halfway through the day.

I would love to say this battery was capable of lasting a solid two days, but if I did, I would most certainly be lying. One day is towards the upper end of what you can expect. During my time I saw the battery have dips when I used the watch to reply to a fair amount of messages, emails and even some GPS during the day.

Keep the charger close by if you do plan on making the Runway your main everyday watch. I personally would keep the watch for ‘best’ wear, like special occasions so that battery life wouldn’t bother me. But I completely understand if that makes it a deal breaker for some.

Despite some retailers labelling the Michael Kors Access Runway as a female-focused smartwatch, my thoughts are that it is definitely on the cusp of unisex. The size and finish look no different to many traditional men’s watches already for sale. That said, this would be an excellent gift for your wife, girlfriend or just a lady looking for a smartwatch that doesn’t feel or look like a slab of tech.

The battery is okay-at-best and probably will need charging once a day unless you plan on wearing for a few hours at a time — in which case it could just about manage a couple of days at a push. I think if you were to get the Access Runway as a more fashion-conscious smartwatch, then in all likelihood you would be less inclined to wear it every single day as a utility smartwatch.

Having been aware of the brand for a long time, I am surprised at how well Michael Kors has merged Wear OS into a good-looking watch housing. It wouldn’t look out of place in an office environment, but isn’t exactly practical for those looking for a sporty smartwatch or fitness tracker.

If you’re a Michael Kors lover or know someone who is, then the Access Runway is a great choice for the fashionista crowd — especially as a gift. For everyone else, it’s just another good quality, good-looking Wear OS option that works well in a sharp outfit.