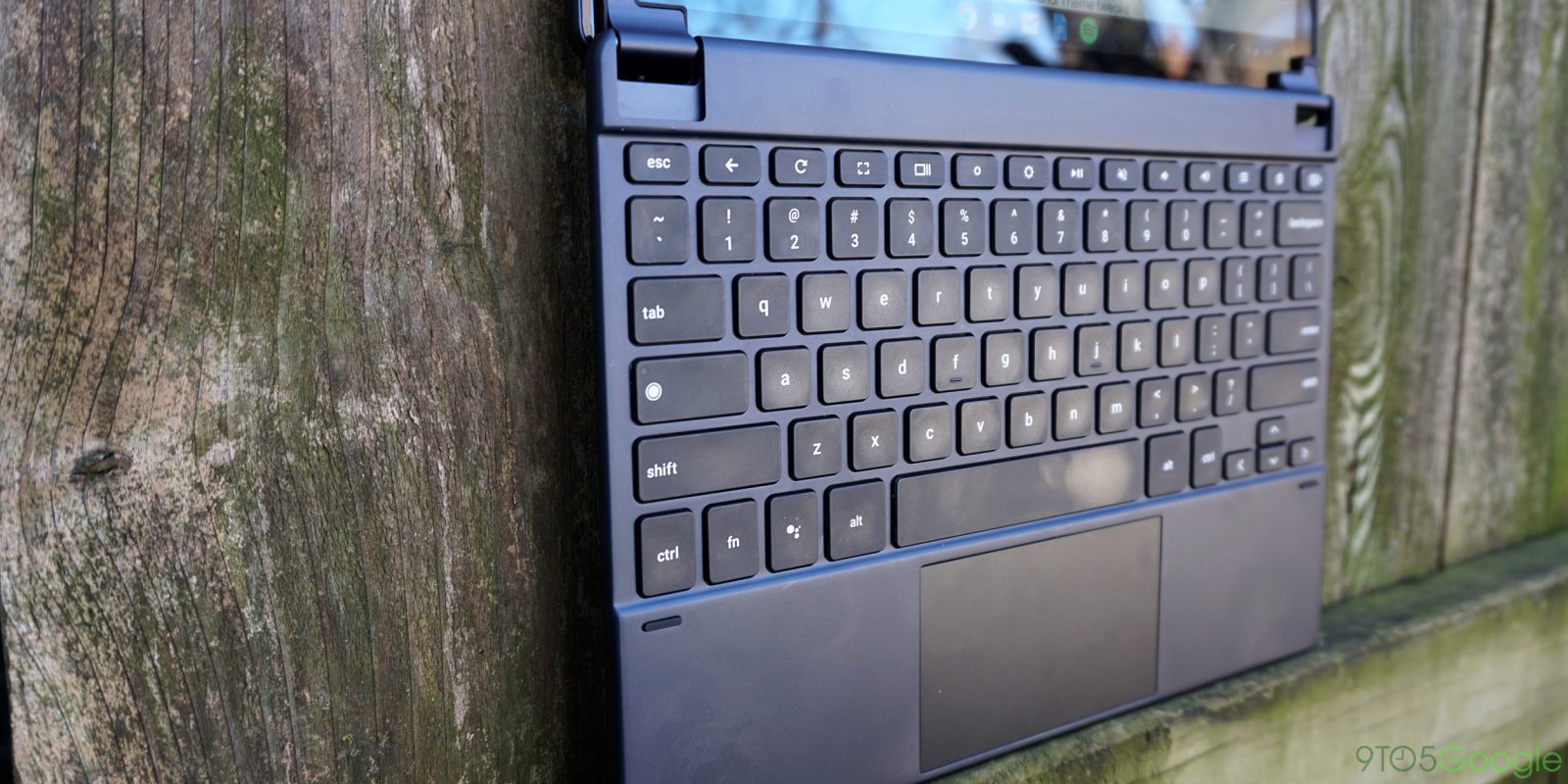 Google Pixel Slate definitely isn’t perfect, but it has at least one big thing going for it: its detachable tablet form-factor means you actually get some choice when it comes to keyboards (unlike with a laptop like the Pixelbook). This also means you’re going to have to buy a keyboard if you want one — whether that be a Google-made one or a Made for Google one. At launch there are a couple options to pick from, and the Brydge G-Type might be the best one you can buy right now.

As we detailed in our review of the Google Pixel Slate yesterday, the Google Pixel Slate Keyboard, which Google itself sells for $200, has some drawbacks. It’s great in some ways, but the ergonomics of it might just break the deal for some — especially at $200. My take on the Brydge G-Type is that it fixes those problems, while creating a couple new trade-offs that might be a lot easier to live with.

The Brydge G-Type’s physical hardware is pretty much ideal as a Pixel Slate companion. It’s obvious that the company really worked hand-in-hand with Google to make sure this felt like a cohesive and thoughtful partner to the Slate. It matches the Slate’s blue hue perfectly, and it has a wonderful premium aluminum body.

But before I dive into the problems that the G-Type solves, I think I’ll get my least favorite aspect of the Brydge G-Type out of the way first. While the Pixel Slate Keyboard has some big problems with ergonomics, I think its typing experience is bar-none excellent. Typing on the Pixel Slate Keyboard not only feels great — and for me, familiar, since I use a Logitech K780 on the daily — but also helps you be more accurate thanks to its rounded keys. 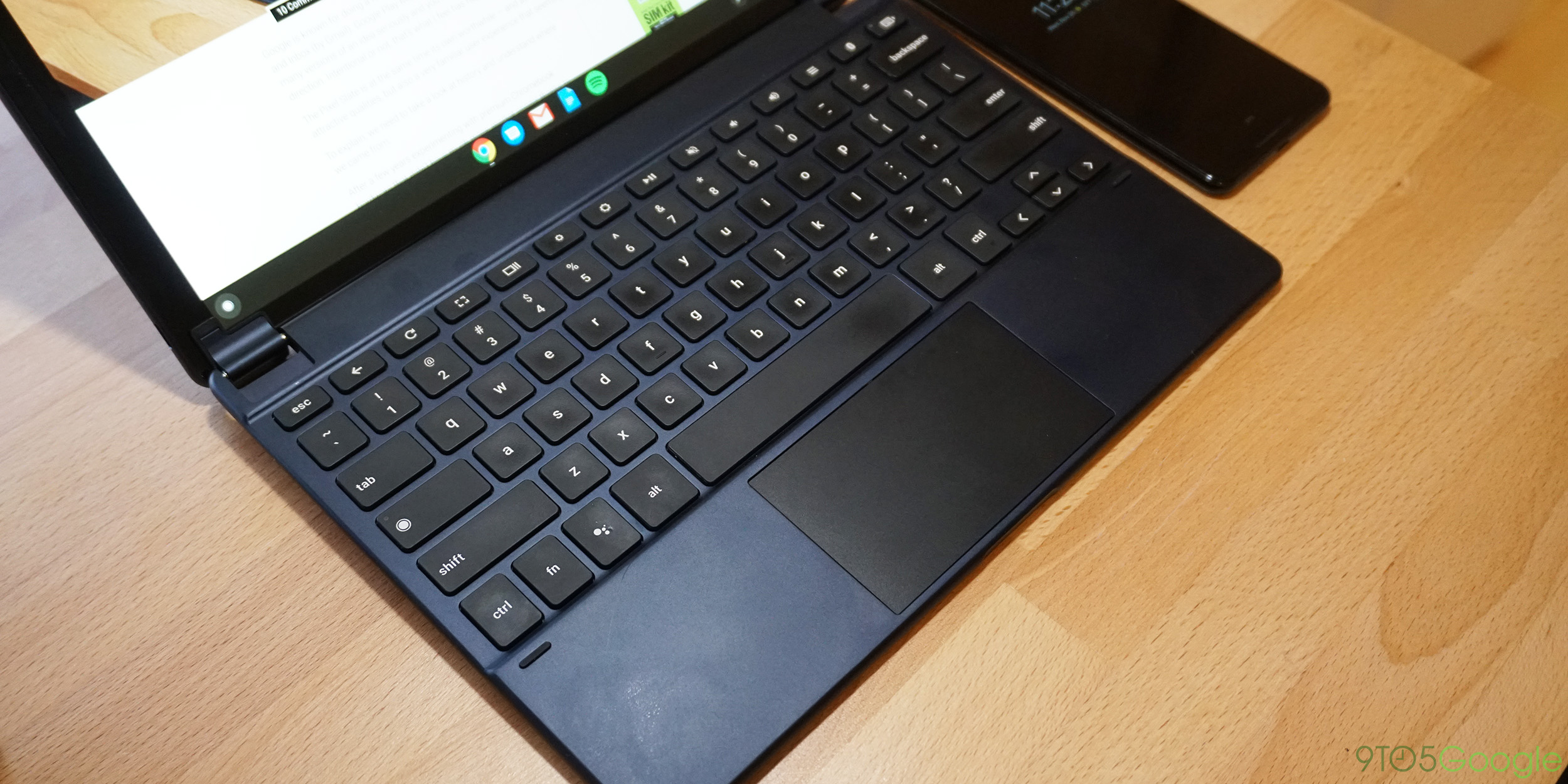 While the typing experience isn’t bad at all on the G-Type, I’d just describe is as more average. I’m typing on it as I write this paragraph, and to me it just feels like the build quality, while not bad at all, isn’t up to par with Google’s keyboard. It definitely isn’t whisper quiet like Google’s, and the round-rect keys have noticeably less satisfying click and more “squishiness” to them. That said, there aren’t any major problems like missing keystrokes or anything.

This mostly just comes down to preference, I think. I’m not keyboard aficionado, so I can only really talk about my experience with this keyboard relative to the others I’ve used over the last several years. It’s definitely better, but I’d say the closest feel to typing on the G-Type would probably be one of a handful of other low-end plastic Bluetooth keyboards. There’s just nothing special about typing on this. It’s fine.

The trackpad on the G-Type is kind of a similar story. While it’s obvious that Google really put a lot of effort into making its Pixel Slate Keyboard feel premium, the Brydge G-Type just feels more average. In terms of build quality, the glass trackpad on the G-Type has more of the feel of a lower-end Chromebook, while the Pixel Slate Keyboard’s trackpad feels like a noticeable step up to Pixelbook-like territory.

Again, that’s not to say that the trackpad on the Brydge has any real problems. In fact, I don’t think the average person would even notice the build quality differences unless they’ve been using MacBook trackpads or another high-end Chromebook trackpad. This isn’t necessarily a dealbreaker, since this is just a sub-$200 accessory after all, but I just want anyone who’s thinking about buying this to know what they’re getting. It’s good, but not great.

To actually use the keyboard, you have to connect with it via Bluetooth. That might seem like a “downside” compared to the Pixel Slate Keyboard which uses the device’s built-in smart connector, but I’d argue that it’s not a problem at all. Personally, I haven’t experienced any of the Bluetooth connectivity issues that many have reported in the Pixel Slate’s first run of reviews, and even if there are issues, they’ll likely be fixed soon.

Additionally, you might be a bit turned off by the fact that you have to keep the Brydge keyboard charged separately from the Pixel Slate (via the same USB-C type port, however), while the Pixel Slate Keyboard draws power directly from the device. That’s also a complete non-issue in my book, since the Brydge G-Type only needs to charge once every few months.

Now, where the Brydge G-Type keyboard really shines is the place that the Google Pixel Slate Keyboard radically crashes and burns, and that’s ergonomics. The Pixel Slate Keyboard’s typing and clicking experience may be great, but as far as I’ve tested, it’s only great when you’re using it sitting flat on a table. As I mentioned in my review, it is basically impossible to use the Pixel Slate Keyboard on your lap or anywhere at all that’s not a flat surface.

The Brydge G-Type comes to the rescue here and turns the Pixel Slate into, effectively, a full-blown laptop. You just slide it into the very well-designed hinges, pair it with Bluetooth, and you’re good to go. As I mentioned at the top of the review, the blue of the keyboard is a perfect match to the Pixel Slate and if you’re not careful, you might be tricked into thinking this keyboard was made by Google itself. 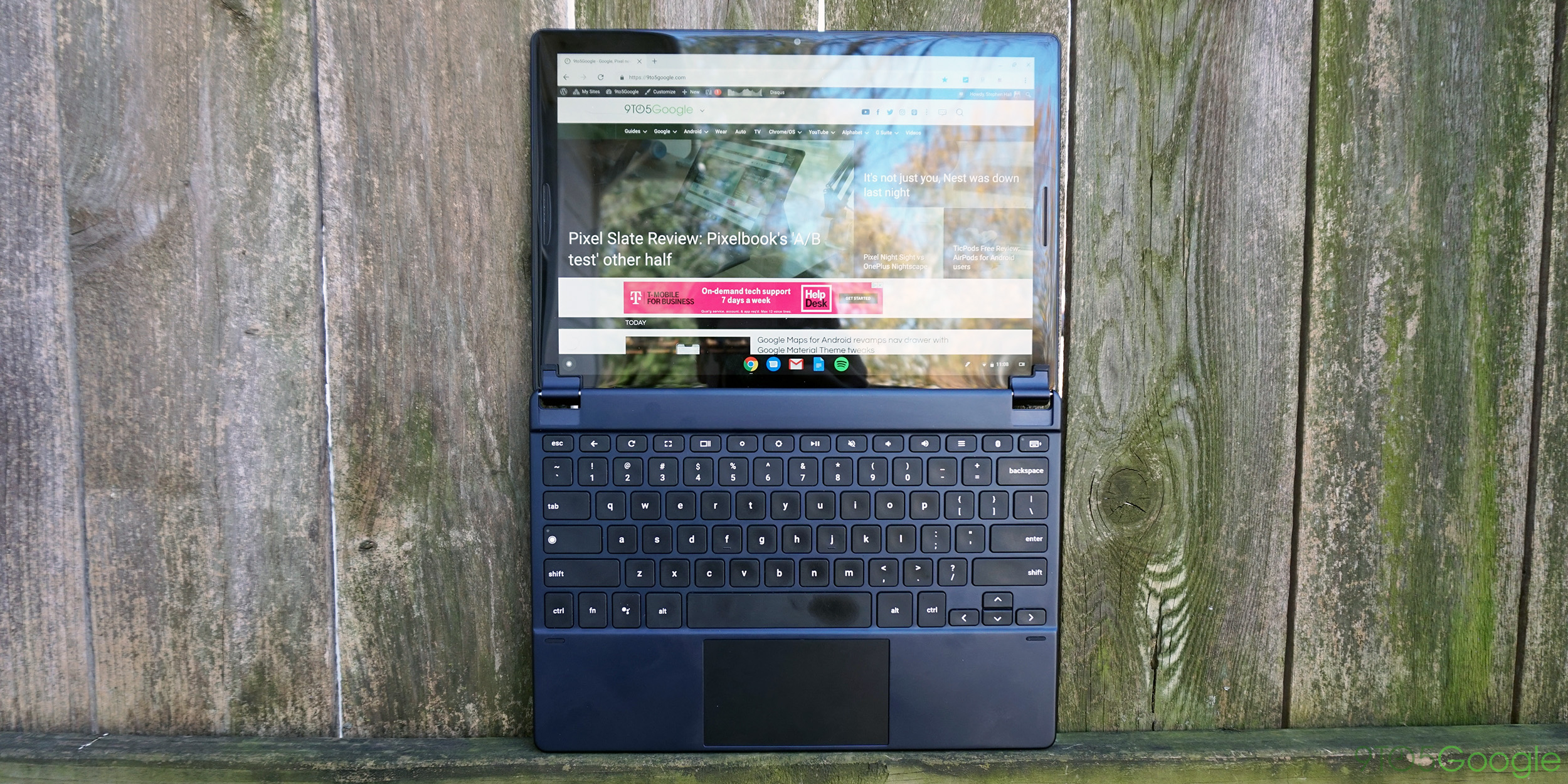 There are a few more things that Brydge and Google really paid close attention to. The strength of the hinges are perfect — essentially indistinguishable from that of a decent-quality laptop. The soft nubs on the inside of the keyboard protect the screen and give it a very satisfying snap when you close the “lid”. There’s a nice little ridge below the trackpad so you can known which side is up without looking.

Another huge win in the ergonomics department is the weight balance. My biggest concern with this keyboard was it allowing the noticeably heavy Google Pixel Slate to tip the weight balance. As is to be expected from the Brydge tablet keyboard experts, though, this isn’t the case. It’s as perfectly weighted as it could be with a docked tablet as hefty as the Pixel Slate, and it really makes the whole package feel complete.

The nightmare that is the Pixel Slate keyboard when it comes to folding, attaching, detaching, unfolding, and using it anywhere other than a tabletop is completely rectified by the the Brydge G-Type. Instead of dealing with flaps and folds and magnets that are way too strong, you simply slide your Pixel Slate in and connect via Bluetooth.

As of now, there are two main options for keyboard accessories for the Pixel Slate. The standard Google keyboard at $200, and the Brydge G-Type at $160. All things considered, I think the Brydge is probably a better buy for most people. Does it have the same level of premium feel when it comes to typing and clicking as the first-party keyboard? Nope. But does it fix the biggest deal-breaker, lappability? Yes, and it’s $40 cheaper, too.

In a perfect world, we’d have the best of both worlds. No offense to Brydge, but I would have loved to see Google itself build this perfect form factor in combination with the excellent work they did with the typing experience on the Slate Keyboard and all the things they learned from the Pixelbook’s excellent keyboard. But for now, we have two keyboards with compromises, and I think the Brydge is the compromise I would pick, personally.