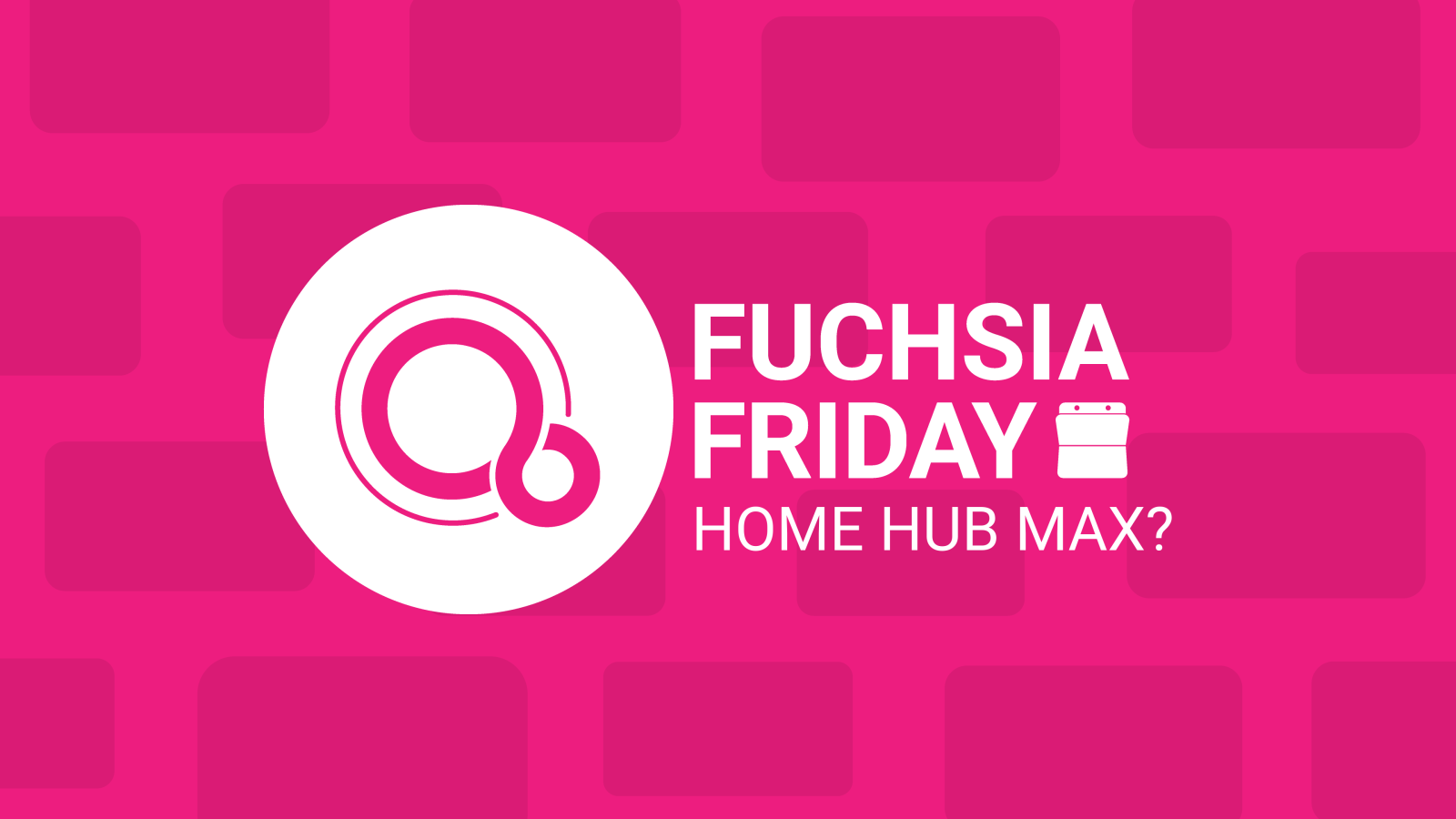 Our avid readers know that we follow Fuchsia, Google’s in-development operating system, closely here at 9to5Google, for both its software and the various device prototypes that Google adds support for. This week on Fuchsia Friday, more details have come to light about Fuchsia’s “Sherlock” prototype, which strongly associate it with the Google Home Hub and suggest a Home Hub “Max” could be in the works.

Last June, long before we knew Google would release a smart display, we unknowingly saw our first signs of the Google Home Hub in Fuchsia’s “Astro” prototype. At the time, we speculated that it would be a device released with the Fuchsia as the OS.

Using other details we had learned along the way, we were able to confirm shortly after the Home Hub’s announcement that Astro really is the Google Home Hub. Unfortunately, it does not run Fuchsia in the wild today, as we’ve confirmed multiple times.

Another device we’ve been following since shortly after the Home Hub’s debut, “Sherlock,” is finally beginning to take shape. A new code change posted this week to Fuchsia’s Gerrit source code management reveals the two possible displays you could find on a Sherlock device, and how closely knit Sherlock is to the Google Home Hub.

Both devices run on Amlogic chips, S905D2 for Astro and T931 for Sherlock. Public details on these two chips are still hard to come by, and there’s no evidence of any other device running on the T931. The two Amlogic SoCs have enough in common that to keep the code simple, Sherlock’s display driver is combined into Astro’s.

In that driver code, we can see the model numbers of four LCD displays, two for Astro and two for Sherlock. Just like Astro, Sherlock will have one variant with a BOE display and another with a Goodix display. Not much information is available on the Goodix display yet, but the one from BOE is a simple 10-inch display with a 1280×800 resolution. This low resolution (for a 10-inch device) matches the similarly small 1024×600 resolution seen on the Home Hub.

The similarities in device internals and manufacturing add up, in my opinion, to the strong possibility of Sherlock being a 10-inch Home Hub “Max.” Considering our own Stephen Hall called the Google Home Hub “cute” in his review, there could be room in the market for another, larger smart display from Google.

If that is the case, the Home Hub Max would be squarely in Facebook Portal and Echo Show territory, as we previously learned that it will be equipped with a Sony IMX277 camera, perfect for making video calls with Google Duo. Today’s Google Home Hub can already receive Duo calls, but does not have a camera.

The question that’s still unanswered is: Why is Google bothering to port Fuchsia to these devices? If it were being done simply as a proof-of-concept or to demonstrate Fuchsia’s capability on a smart display, why bother porting two devices instead of just one?

My personal (overly optimistic) theory is that one day down the line, when Google is ready for Fuchsia to reach our households, they’ll update some of our existing smart devices to the OS.

Making a change on that grand of a scale seems risky, especially as consumers would be facing an entirely new and potentially unfamiliar operating system. I believe one aspect that will mitigate that risk is a codename you may remember, Dragonglass.

For a refresher, we currently believe “Dragonglass” to be the codename for the UI used on all Assistant smart displays, including the Google Home Hub and third-party ones like the JBL Link View. For this to be possible, the same Dragonglass would need to be running on Fuchsia, Android Things (what third-party smart displays use), and the Cast Platform (what the Home Hub uses).

Since we last discussed it, a reader pointed out a glaringly obvious answer to how Dragonglass could potentially be running on all three platforms, and that’s Flutter, Google’s recently launched, cross-platform app development kit for Android (including Android Things), iOS, Fuchsia, the web, and more.

Using Flutter, it’s possible Google could ensure that the smart display user interface looks the same regardless of the underlying operating system. This would make it possible for Google to transition users from Cast Platform or Android Things to Fuchsia without any disruptions or changes.

If all of this is true, we’re still only looking at something that could happen, not necessarily something that will. At present, there doesn’t seem to be any incentive for Google to swap the underlying operating system of existing end-user devices. With no clear incentive at this time, it’s still anyone’s guess why the Home Hub and potential Home Hub Max are being brought up on Fuchsia.

What do you think? Is Sherlock really a Google Home Hub “Max”? Will some of our current smart displays move to Fuchsia one day? Share some of your thoughts in the comments.