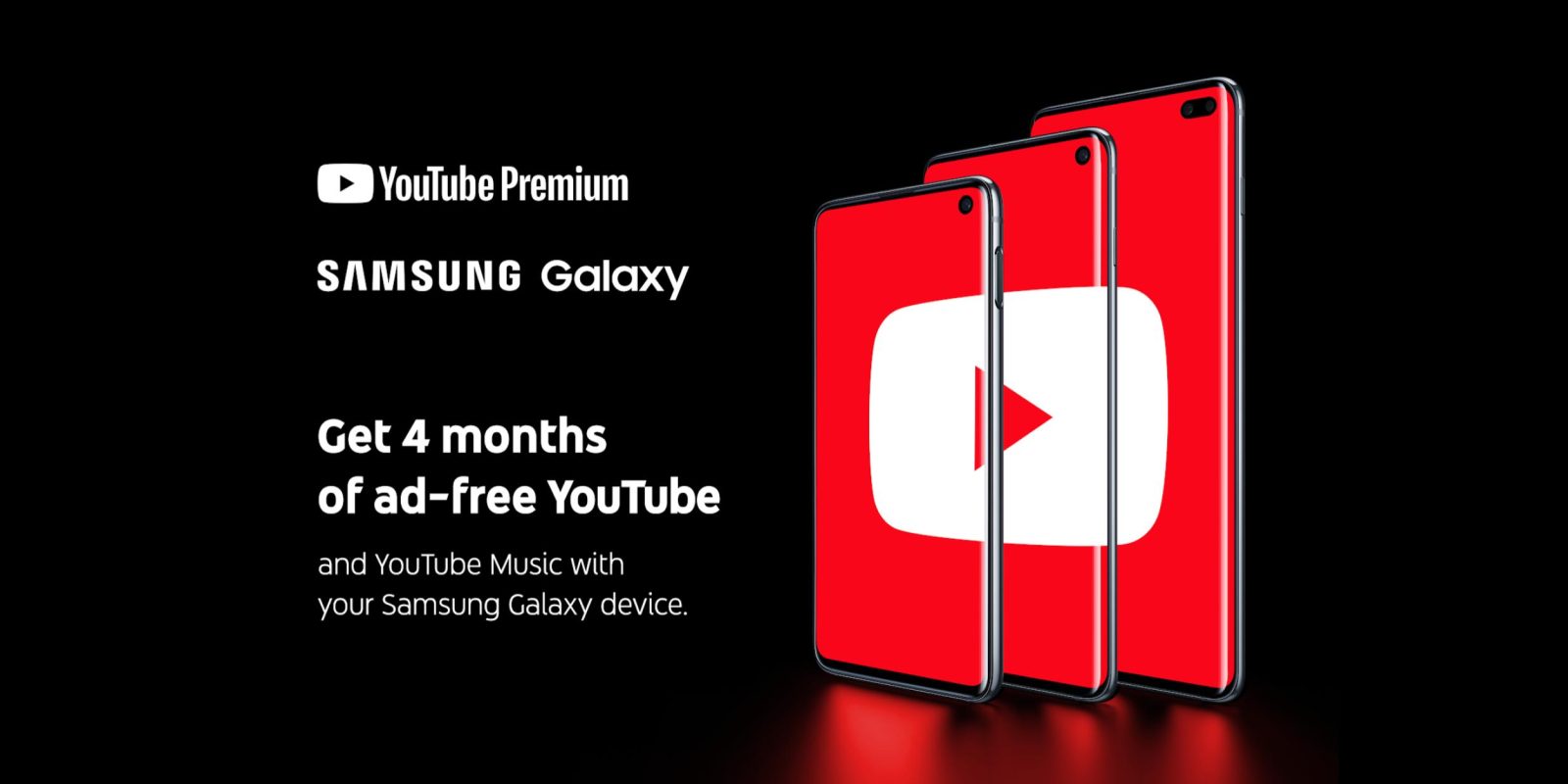 Following Spotify and Samsung expanding their music partnership this morning, Google will give four months of YouTube Premium to Galaxy S10 owners. This deal will also be extended to the Galaxy Fold in April, while other Samsung devices will benefit from a similar offer until next year.

The Galaxy S10e, S10, and S10+ officially launched today after debuting at Samsung Unpacked 2019 last month. YouTube is offering four months of its ad-free Premium ($11.99/month) service to owners of those phones to promote YouTube Music against incumbent Spotify.

Beyond music streaming, this YouTube deal tries to differentiate itself with video content, highlighting the Galaxy S10’s HDR10+ certified Dynamic AMOLED screen. Other touted hardware features include background playback for video and offline download with Wi-Fi 6.

There is some fine print, notably it’s only available to new customers: