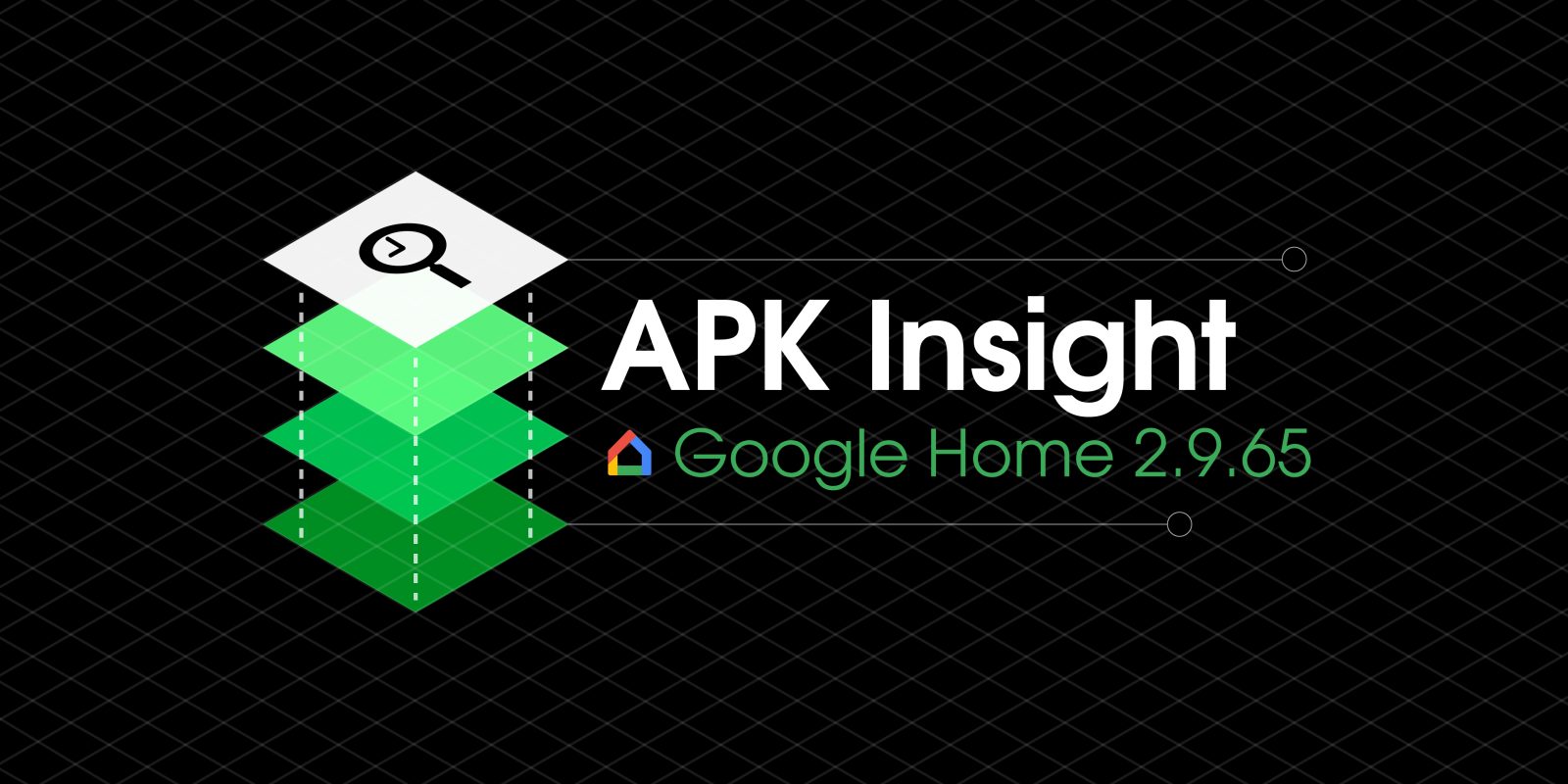 The latest version of the Google Home app is rolling out this evening with several new features in development. Google Home 2.9.65 reveals that Nest device setup might soon be available through the app, while there is an explicit reference to “FaceMatch.”

Google app 9.10 in January revealed the existence of “Face Match,” originally codenamed Avocado. Strings in that app were similarly styled to the existing Voice Match authentication method for getting personal results on Home devices. Users can “set up,” “retrain,” and “remove” what is presumably a scan of their face.

A reference to “FaceMatch” has now emerged in Google Home 2.9.65, with users likely able to turn on the feature to get personal results by just looking at their Smart Display. This comes amid rumors that a 10-inch Nest Hub Max Smart Display with integrated Nest Cam is coming.

Last year, Nest was brought into the Google Home hardware division to foster Assistant and AI development. The first fruits of that integration might be the upcoming ability to set up Nest smart home products right in the Google Home app.

For starters, there is a new “QR code scanning” setup option in the Google Home app to compliment the existing WiFi scanning. Many Nest products today, like the Nest Secure system, feature QR codes that need to be scanned into the Nest app during setup.

Meanwhile, there is an explicit reference to setting up the Nest Cam in Google Home 2.9.65.

Over the past several weeks, Google Assistant added support for new categories of smart home devices, including blinds. It already supports smart locks, but a new reference to doors and windows in version 2.9.65 is likely a reference to the Nest Secure and other similar security systems that affix tiny sensors to monitor open/close state.

It appears that you can soon identify individual doors and windows in your house to tell the Google Home app where a sensor, like the Nest Detect, was placed.

There are three new device types in this Google Home update. Before smart home devices are announced, they are referenced with codenames in the Home app. The first in the list is presumably the Lenovo Smart Clock, while the other two are unknown. They could just be placeholders for existing Nest devices or entirely new device classes.

Broadcast is a popular Google Home feature that lets you use Smart Displays and speakers as an intercom system. An upcoming feature might let users have longer audio and video calls that can be initiated from the Google Home app. Google Duo is presumably leveraged as the backend, with a new “Talk and Listen” name also appearing.

<string name=”talkback_microphone_permission_description”>To use Talk and Listen, go to Settings in the Home app, tap Permissions, and turn on microphone access.</string>

The Smart Display’s Ambient Mode has been renamed to Photo Frame in Google Home 2.9.65.

Google Home 2.9.65 is rolling out now via the Play Store. We do not post APKs to download directly given the legal challenges associated with copyright and possibility of removal. Meanwhile, that model is perilous given Android App Bundles and Google Play’s Dynamic Delivery.