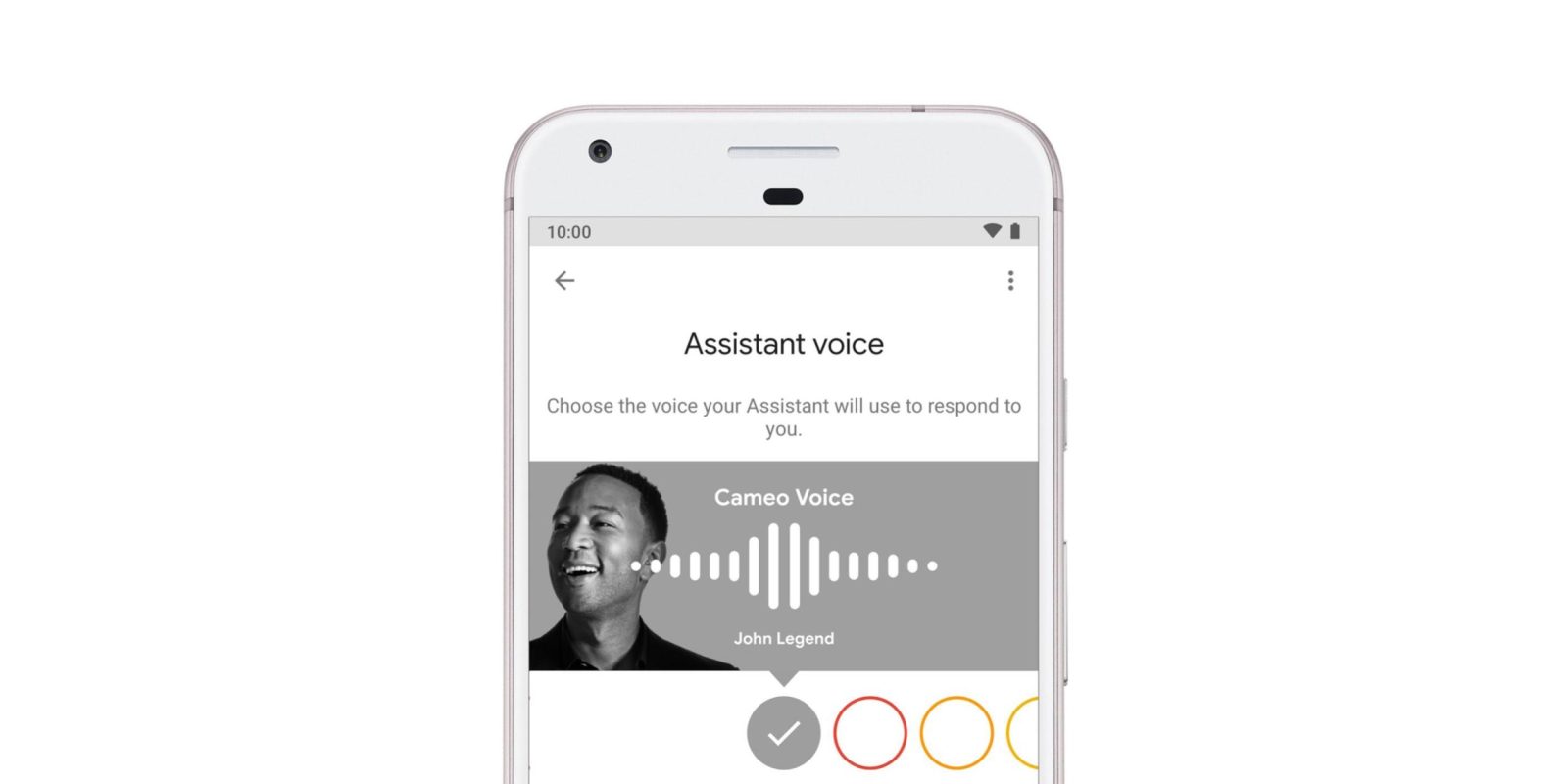 Google Home users last month got a brief preview of the John Legend voice announced at I/O 2018. Starting today, it is officially available as Assistant’s first-ever celebrity cameo across Google devices. However, it is only available for a limited time.

Google Assistant refers to John Legend as a “cameo voice” that can respond to a subset of popular queries, like asking for a forecast and other everyday — but general — questions. Celebrity voices have been a top request for Assistant and fits into the company’s goal to get “accents, languages, and dialects right globally.”

Legend — being the talented singer and performer that he is — brings a personality to Assistant that’s clearly lacking from the ML-generated voices. His voice and appearance in Assistant is a result of WaveNet text-to-speech from DeepMind and Google Cloud allowing for more natural sounding voices and shorter recording sessions for actors.

The voice also comes into play when asking Legend about his personality and music. For example, “Are you John Legend?” and “What’s your favorite type of music?” Another popular response will likely be Legend singing “Happy Birthday” to you on request. Other Easter Eggs include:

All other responses will be handled by the ten regular Assistant voices. To enable, users can say “Hey Google, talk like a Legend,” or manually head into the “Assistant voice” menu in Assistant Settings. The John Legend Cameo Voice appears as the first option with the musician’s picture in the cover. All devices with Assistant can access the voice, including Google Home speakers, Smart Displays, iOS, and Android.

U.S. English needs to be set as the default country and language, with John Legend only available for a limited time. Google did not provide a specific timeframe, but the cameo voice will eventually be removed.