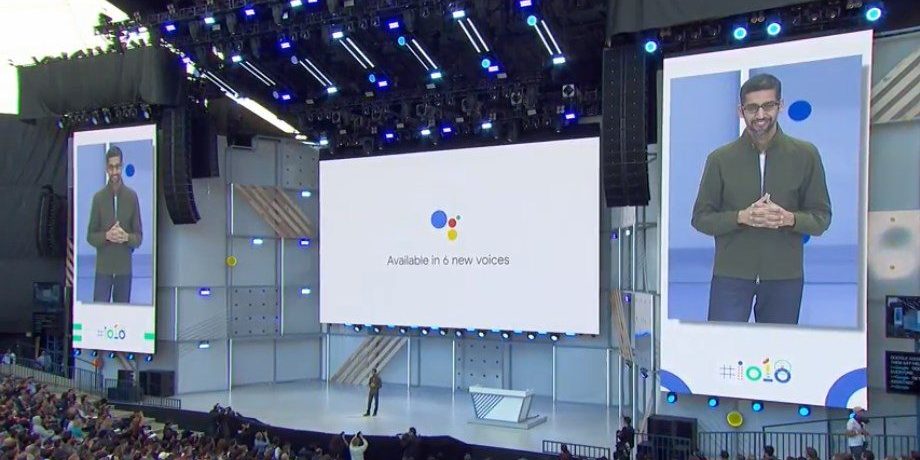 Google is rolling out a ton of new features to its products today at I/O, and for Google Assistant, we’re getting the reveal of a few new voices, including a celebrity guest.

On stage at I/O, Google reminds us that the original voice for Assistant is called “Holly.” Using the same technology that made Holly’s voice possible, WaveNet, Google is bringing 6 brand new voices to Google Assistant. Each of these voices sound unique, but they’re all natural (we’ll update the article later with a demo).

Along with the six new voices, Google has worked with John Legend to bring his voice to Google Assistant. You won’t be able to use Legend’s voice in all interactions, but it will show up in “certain contexts.” Currently, it’s not clear when these new voices will go live, but they will work on multiple Assistant platforms.

One of the most important parts of the Assistant is its voice—it needs to feel both personal and natural. Up until now, creating a new voice took hundreds of hours in a recording studio. But with advancements in AI and WaveNet technology from DeepMind, we can now create new voices in just a few weeks and are able to capture subtleties like pitch, pace, and all the pauses that convey meaning, so that voices are natural-sounding and unique. Starting today, you can choose from six new voices for your Google Assistant. And John Legend will lend his melodic tones to the Assistant later this year—who wouldn’t want him wishing you A Good Night?