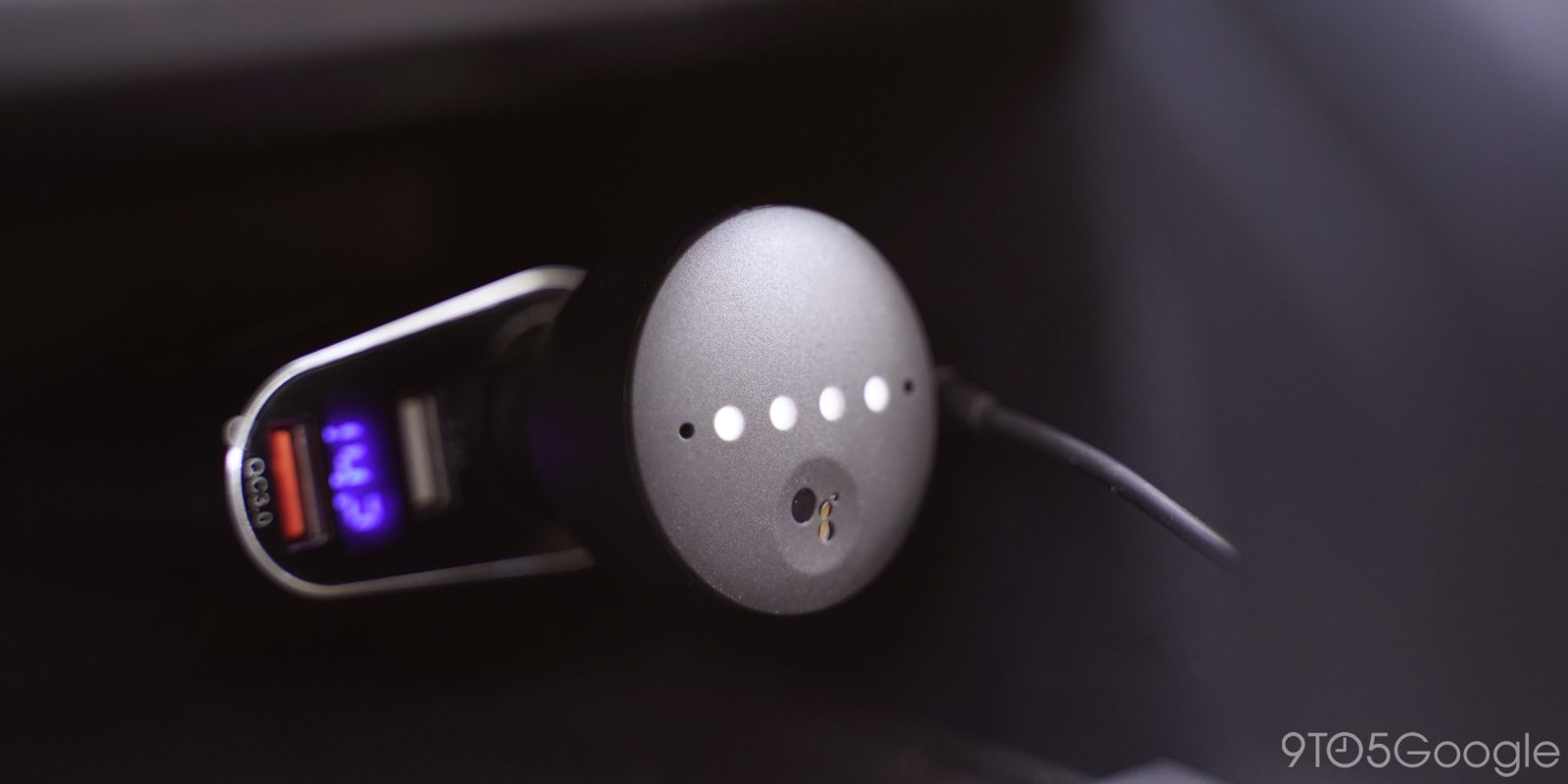 Google is on a mission to bring the Assistant basically everywhere. Its latest endeavor? Google Assistant powered car accessories and the first of those is the Anker Roav Bolt. Here’s why it’s the most convenient way to bring Assistant to your car.

The Anker Roav Bolt is pretty simple on the hardware front. It’s basically a car charger, and looks the part of one. The Bolt plugs into the cigarette lighter in your car and sticks out just a bit.

Along the side of the product, there are two USB ports. These offer “PowerIQ” charging speeds, which means it’ll be fast, but not as fast as USB-C PD or Qualcomm Quick Charge. Because of the placement of my Subaru Impreza’s cigarette lighter, though, the side-mounted design here was a huge negative, only slightly negated by an extension adapter. You’ll want to keep this in mind based on the car you’ve got. 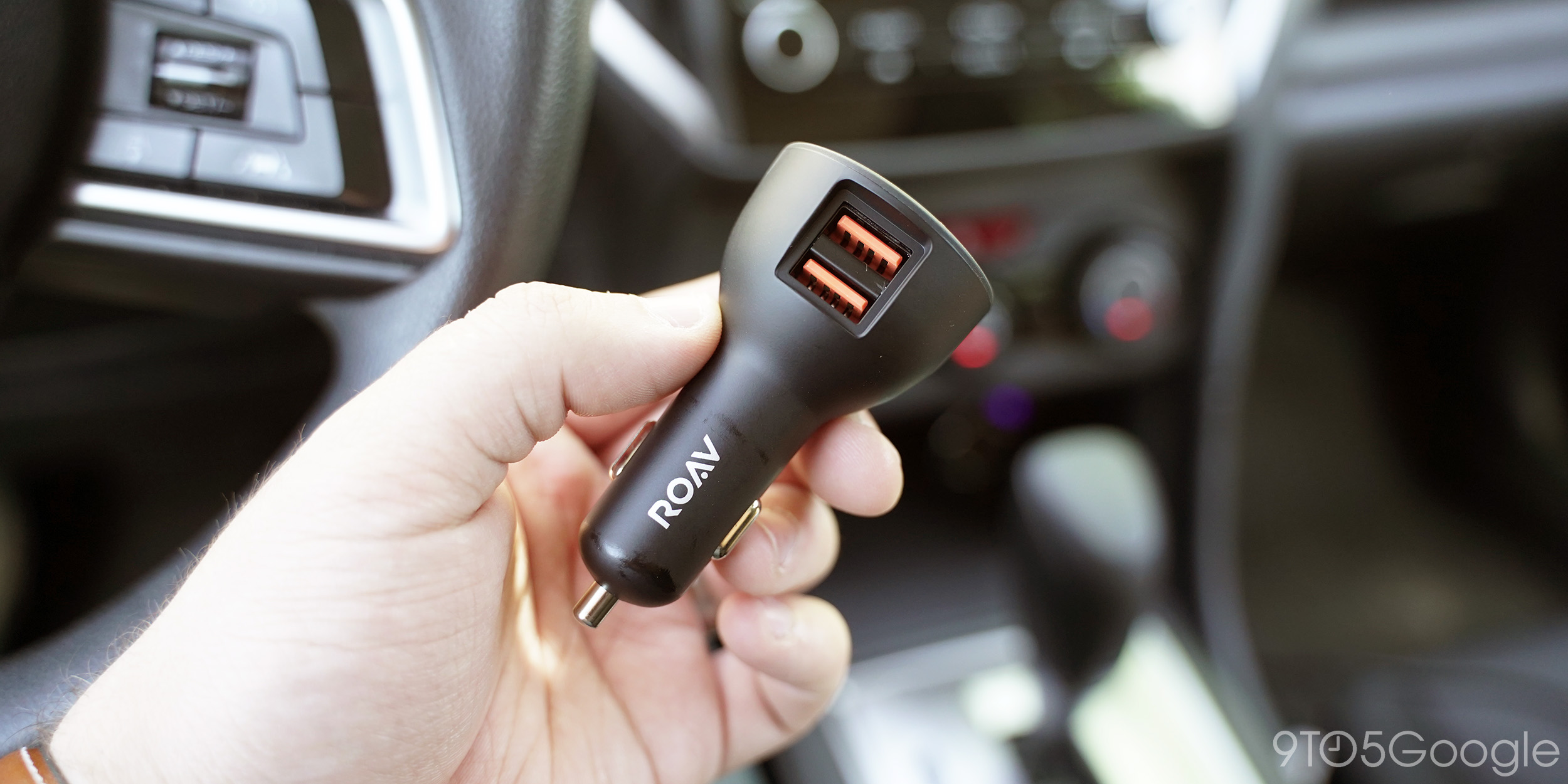 Roav Bolt has two USB ports along the side

Finally, there’s also a single button on the outmost portion of the Bolt. Designated by the Assistant logo, this button will check for new messages or mute the Assistant while it’s talking with a single tap. On the other hand, a long-press on that same button activates the Assistant without a command.

The best way to explain how the Anker Roav Bolt works is to compare it to something we’re all familiar with, Google Home. Like that smart speaker, Roav Bolt has two far-field microphones on board so it can always listen for the “Hey Google” command. However, it’s not a standalone device.

The Anker Roav Bolt connects over Bluetooth to your smartphone of choice, although it works best with Android devices. iOS functionality is severely limited and, honestly, it’s just not worth buying if you’re rocking an iPhone.

Getting connected is as simple as pairing the Roav Bolt to your Android device over Bluetooth. As soon as you do, an Assistant dialog pops up which prompts you to set up the device over Bluetooth or an AUX connection. AUX offers better results and an easier connection, but either method works just fine in my testing. One note is that, due to the Bluetooth connection, this only supports one device at a time.

Setting up the Anker Roav Bolt is a breeze

The microphones on board are also pretty solid. Even with my music at relatively high volumes, the Bolt could hear my commands, pause the music, and carry out the assigned task. A good rule of thumb is that if someone sitting in the passenger seat can hear you clearly, so can the Bolt. That’s partially thanks to Anker’s noise cancellation tech that comes with the Bolt.

Since the device is connected to your phone to pull all of its information, it can also leverage the phone’s display. Requests such as navigation on Google Maps will still read out directions to you, but it’ll also turn on your phone’s screen so you can see the directions visually. Actions such as phone calls, however, will leave the display turned off. 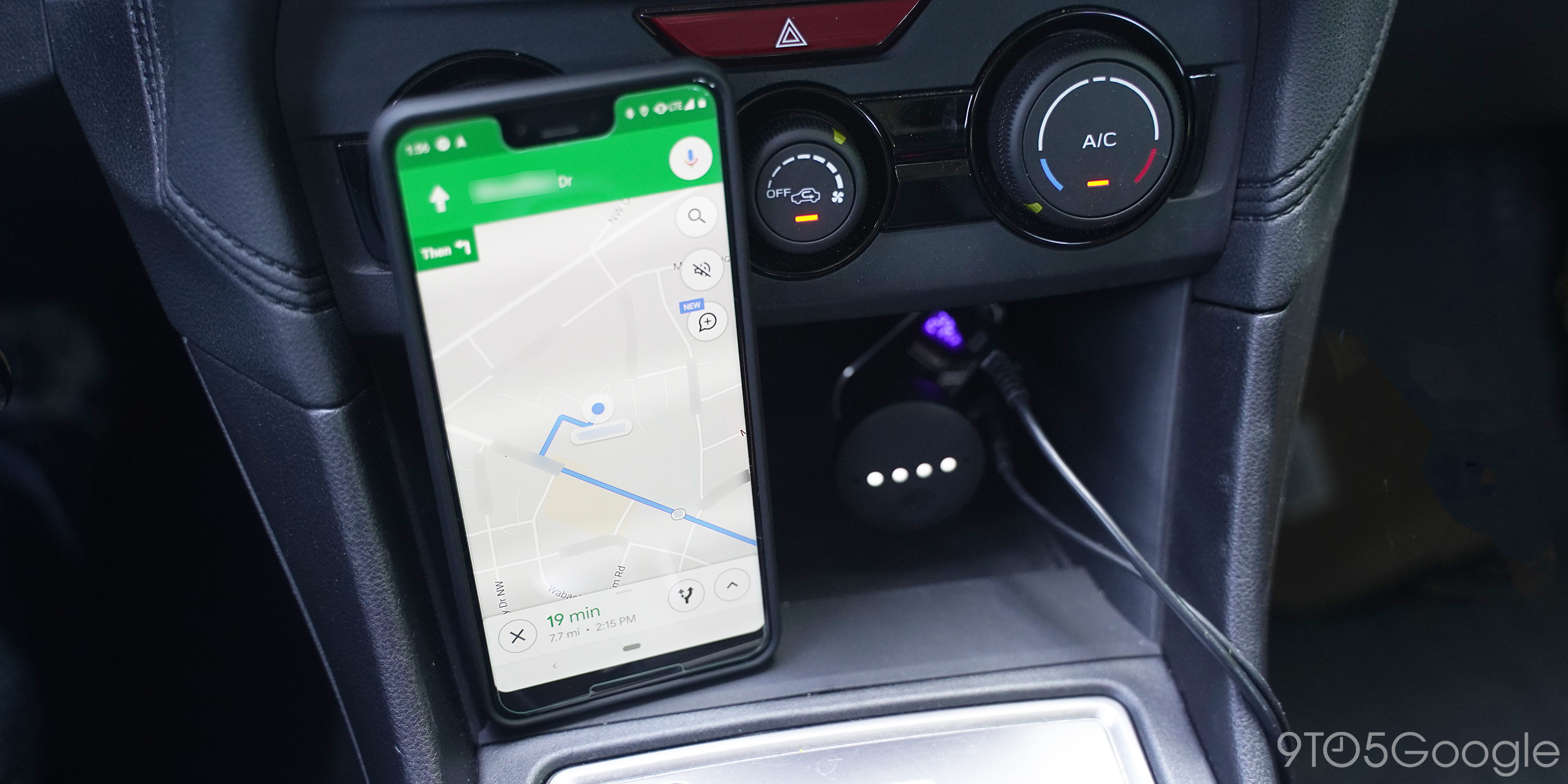 With a phone connection, you can still see directions on Google Maps

Further, the Anker Roav Bolt can use Google Assistant to keep you informed when it comes to notifications. Just like some headphones, Google’s Pixel Buds being a key example, the Assistant will chime when a notification comes in from a messaging app. You can tweak that in the settings menu too. By default, it’ll add common apps like Google Messages, Hangouts, Whatsapp, and more.

One thing I did note was how performance differed between devices. When connected to my Pixel 3 XL, the Assistant was quick and responsive all the time. However, when it was connected to a Galaxy S10e, it had some problems. Notably, there was a day-one patch that fixed some problems with Samsung phones, but it didn’t seem to solve all problems with the speed.

The biggest question around this device is simply why it’s worth it. Luckily, that’s an easy question to answer: convenience. Technically, you can replicate almost all of the Roav Bolt’s functionality with the right settings on your phone, but Anker’s accessory makes it easier.

Instead of having “Hey Google” on your phone constantly, the Bolt turns it on only in the car. It also makes your AUX port wireless if you don’t have Bluetooth built into your vehicle. 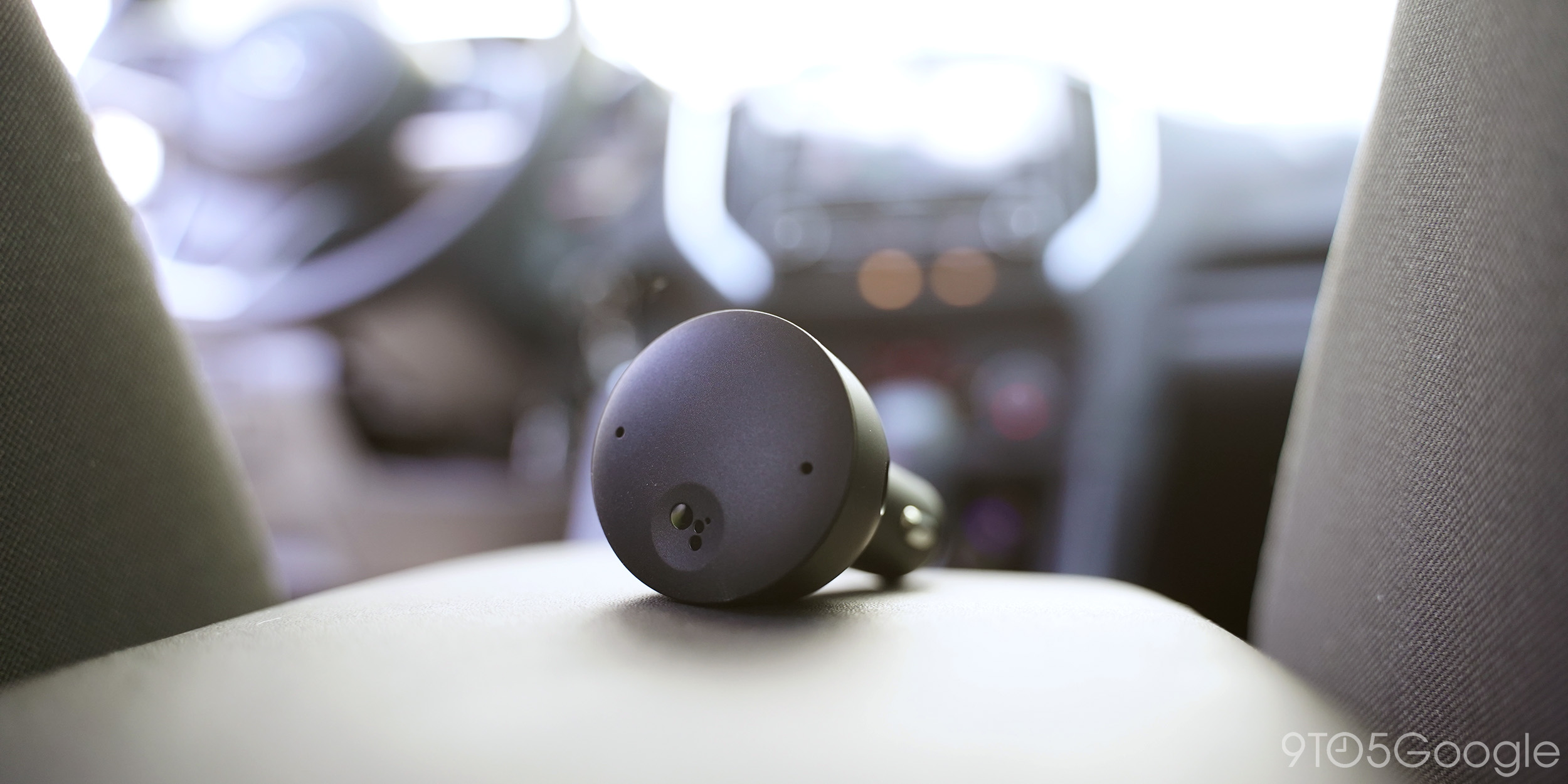 My favorite bit, though, is that it even makes Android Auto look complicated. For long road trips, I’d absolutely still recommend using Auto if you have access to it, but the Anker Roav Bolt gives you an immediate, wireless connection, as well as freeing up your USB-C port for charging. 8 times out of 10, I don’t even use Android Auto in my car just because I don’t like waiting for it to load up. With the Bolt, I can get in, start the car, and the Assistant is ready and waiting.

For $50, I can’t ask for more. This is a clever little product that does its job very well. I do wish the design fit my vehicle better, but aside from that one caveat, it’s a great buy.

Where to Buy Anker Roav Bolt | 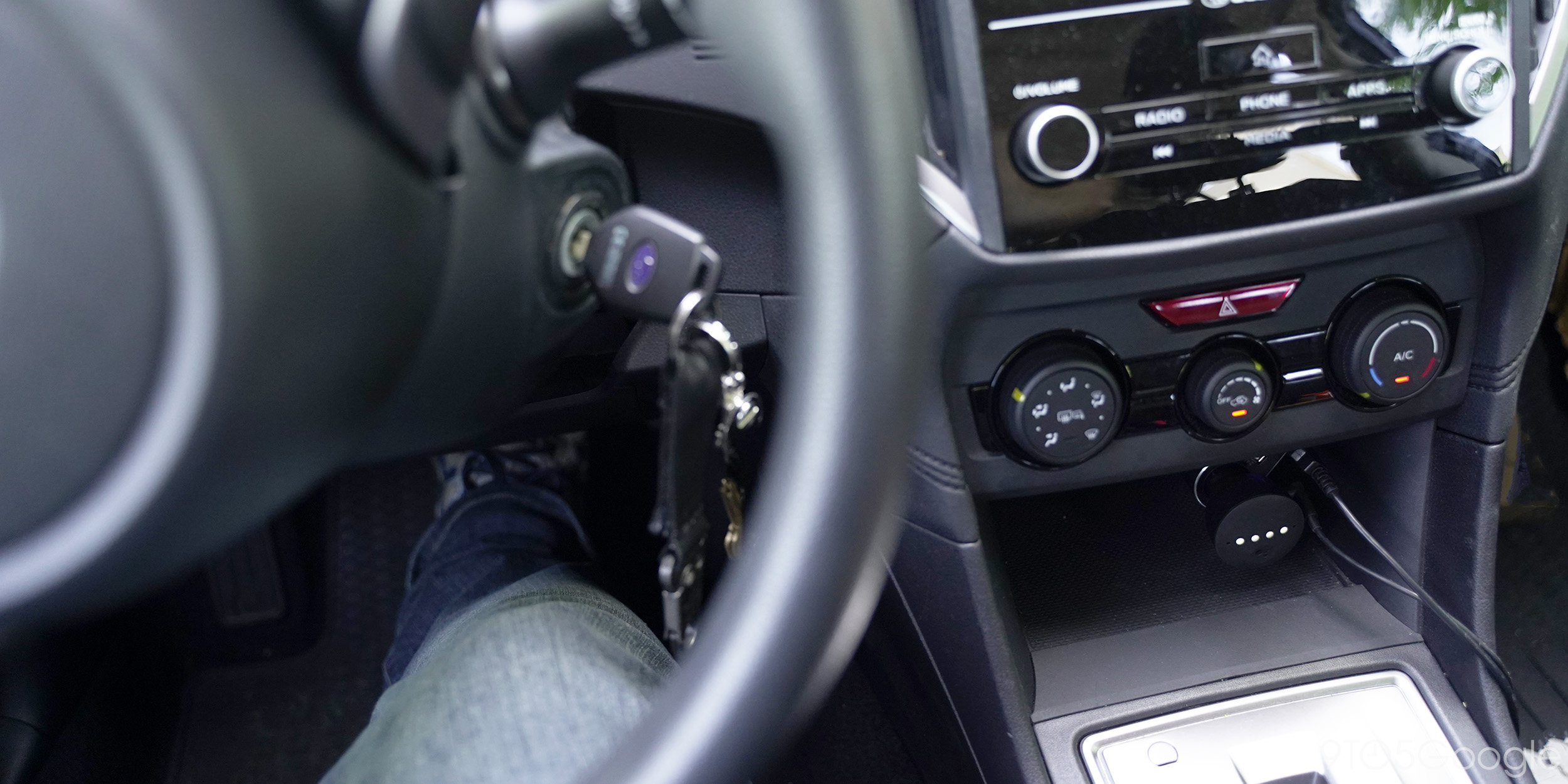 The Roav Bolt goes great with a mostly-black interior