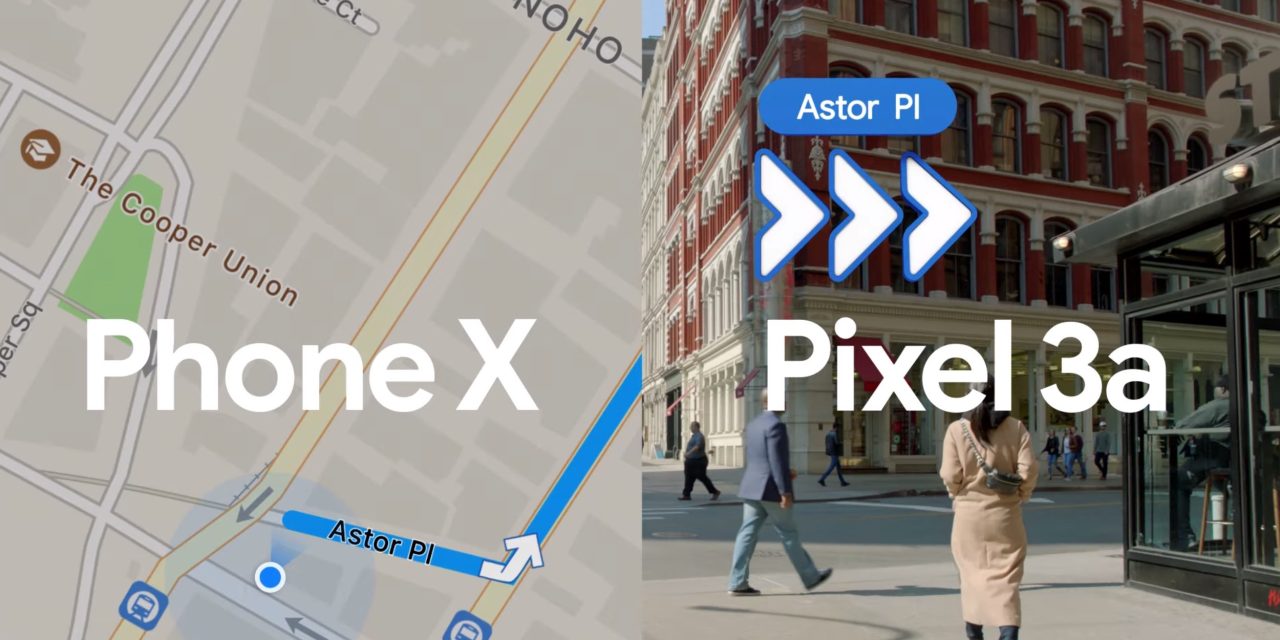 Google this year has ramped up Pixel advertising by directly targeting the iPhone and highlighting Night Sight. The “Phone X” campaign is now going after Apple Maps with AR navigation in Google Maps on the Pixel 3a.

At I/O 2019 this month, Google launched AR navigation in Google Maps for all “#TeamPixel” users. This includes the Pixel, Pixel 2, Pixel 3, and the just-launched Pixel 3a. While still only in preview, that was the first major launch for the feature.

When navigating to a destination via walking directions, Pixel users now have the option to overlay streets signs, arrows, prompts, and other large indicators to get a sense of where they are going in the world.

AR navigation combines Google’s mass corpus of Street View data collected by its roving fleet of cars with machine learning and a Visual Positioning Service (VPS). In using vision to help identify your current position in the world and where you need to go, the company addressed how GPS and compass have accuracy limitations, especially in urban environments.

The ad shows a user navigating with Apple Maps and just a blue dot versus the simulated AR view in Google Maps on a Pixel 3a. Side-by-side, Google’s device shows large floating arrows immediately in front of the user and far off in the distance.

Just before the short 15-second clip is over, Google flashes the $999 price of a 64GB iPhone Xs versus the Pixel 3a at $399. Of course, AR navigation is coming to Google Maps for iOS, with Google already testing the feature on iPhones earlier this year.

This ad format is accompanied by billboards in the real world and especially shines for pictures. The Google Maps AR comparison is better suited for video, but print ads could likely also convey the point across. This is Google’s first ad in this style that is not related to camera performance. 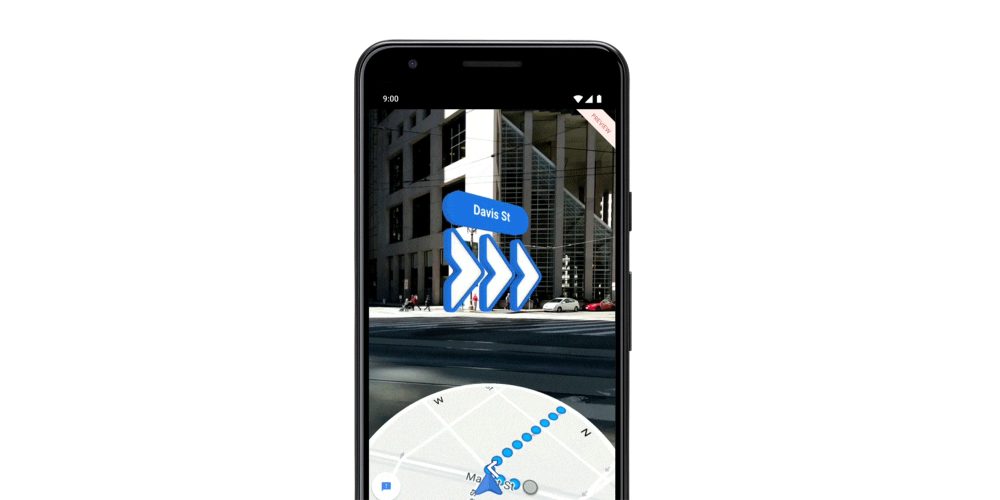