Android Q is officially heading to OnePlus 5 and 5T devices with no solid ETA being touted by OnePlus.

In an official OnePlus forum post, Manu J. confirmed that not only will a slew of OnePlus 7 Pro features be coming to the OnePlus 5/5T and 6/6T — which we knew already — he dropped in a little nugget of hope for those with the older handsets — which received Android Pie not too long ago.

While the new features are big news, the news that Android Q is coming to OnePlus 5 and OnePus 5T devices is arguably much bigger in the grand scheme of things. Considering we’ve just seen the OnePlus 3/3T get Android Pie recently too, it isn’t that much of a shock but a welcome inclusion nonetheless.

We have already released Android Q Developer Preview on the forum for the OnePlus 7 Pro and OnePlus 6/6T, available. For those wondering, rest assured: Android Q will also make its way to the OnePlus 5 and 5T. Just remember, there are no ETAs.​

The full list of the features heading to OnePlus 5/5T, 6/6T devices include the Fnatic Gaming Mode, Zen Mode, the native Screen Recorder, landscape quick reply functionality, DC dimming, and RAM boost.
This news also bodes well for the potential of Android R coming to OnePlus 6 and OnePlus 6T devices, given that the now three-year-old OnePlus 5 will get Android Q. 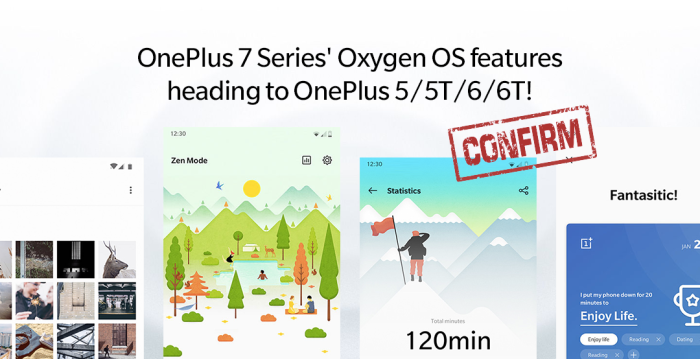 Get the Fanatic edge for an unmatched performance when playing multiplayer games online We’ll help you have your device at its peak performance and help you get that sweet headshot or that epic combo move by blocking all distractions, boosting CPU performance and network speed, so that only your skills matter!​ 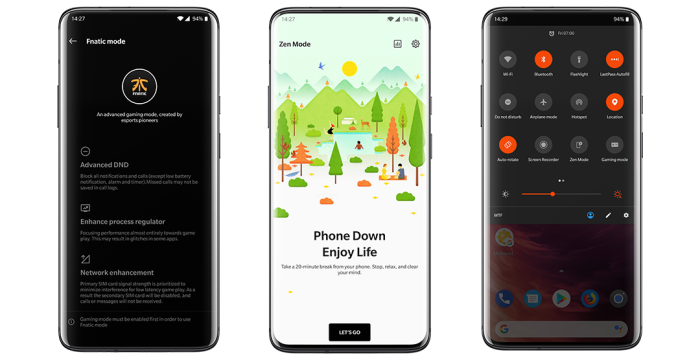 A short farewell to the information overload brought on by the nonstop notifications from your smartphone, Zen Mode will provide you with 20 minutes where you can simply enjoy your surroundings without any distractions. Don’t worry, you’ll still have access to you camera and be able to make emergency calls.​

You can easily record that perfect game run and save your own record. Or rather use this feature to make a video tutorial and share your thoughts with others. Now, you can record with high quality, internal sound included, perfectly synchronized.​ 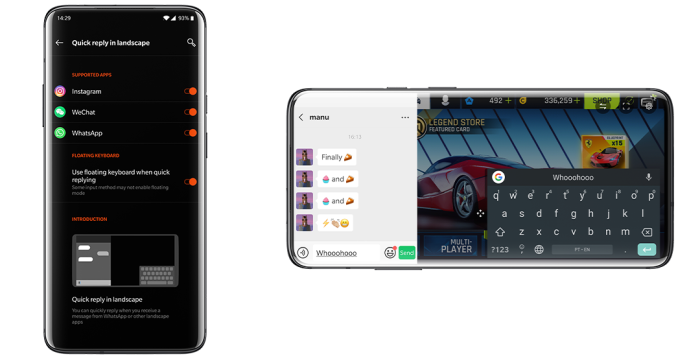 When you want to concentrate on watching videos or playing games in landscape mode, it is more convenient to reply to messages on the go without having to stop what you’re doing and then resuming. The experience is simple and seamless so that you don’t miss a beat.​

This is an alternative method to adjust the screen brightness, by changing the circuit power of the screen. When enabled, it will reduce screen flickers at low brightness, but may lead to abnormal colors being displayed in some cases. We will introduce this feature in Open Beta builds for the OnePlus 6 and 6T and then evaluate for the OnePlus 5 and 5T.​ 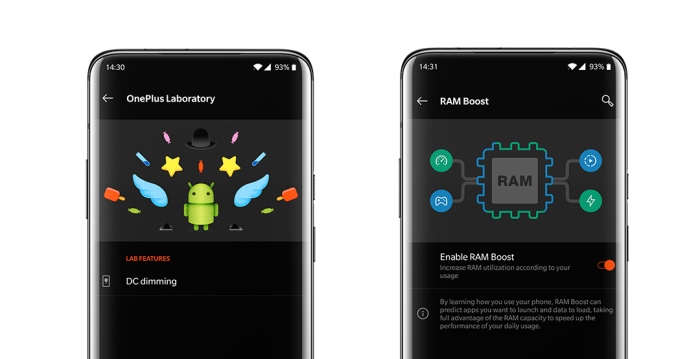 Increase RAM utilization according to your usage. By learning how you use your phone, RAM Boost can predict apps you want to launch and data you want to load, thus taking full advantage of the available RAM to speed up your phone’s performance. Currently, OnePlus 6 and 6T have the Smart Boost function and will upgrade to RAM Boost in future updates. The OnePlus 5 and 5T will also support this feature.