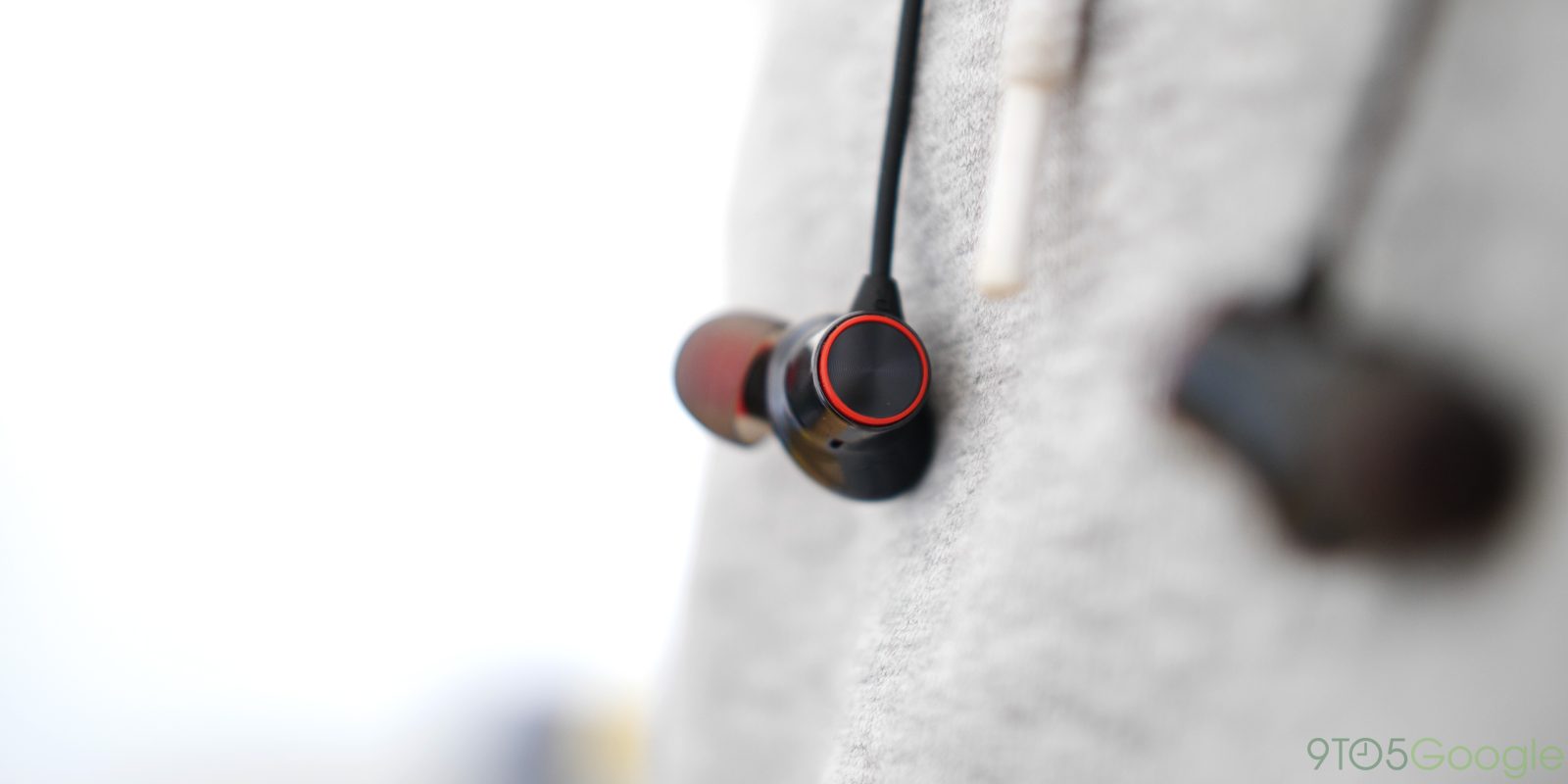 The original Wireless Bullets were sold out within minutes of being made available online by OnePlus. They proved to be one of the most popular products that the company has ever produced — even despite the uproar from fans about the removal of the headphone port.

They compliment the other headphone options that include the affordable and pretty solid $20 OnePlus Type-C Bullets and the standard OnePlus Bullets — complete with 3.5mm connection method.

The lace style might not be a new design by any stretch, but the OnePlus Bullets Wireless 2 have been designed with half a mind on the active side of the headphone market.

The most comfortable earbuds I’ve ever worn

Let’s first preface this by saying that I do love a pair of earbuds. With pretty large ears, the over-ear style is a little bit frustrating as getting cups that cover all of my ear can be tricky. Earbuds, therefore, have much more scope for fit and therefore comfort.

When OnePlus confirmed the redesign of the fin-style found on the original Wireless Bullets for the refresh, I knew that I would enjoy them immensely. The removal of the fin genuinely makes the OnePlus Wireless Bullets 2 earbuds the most comfortable I’ve ever worn. 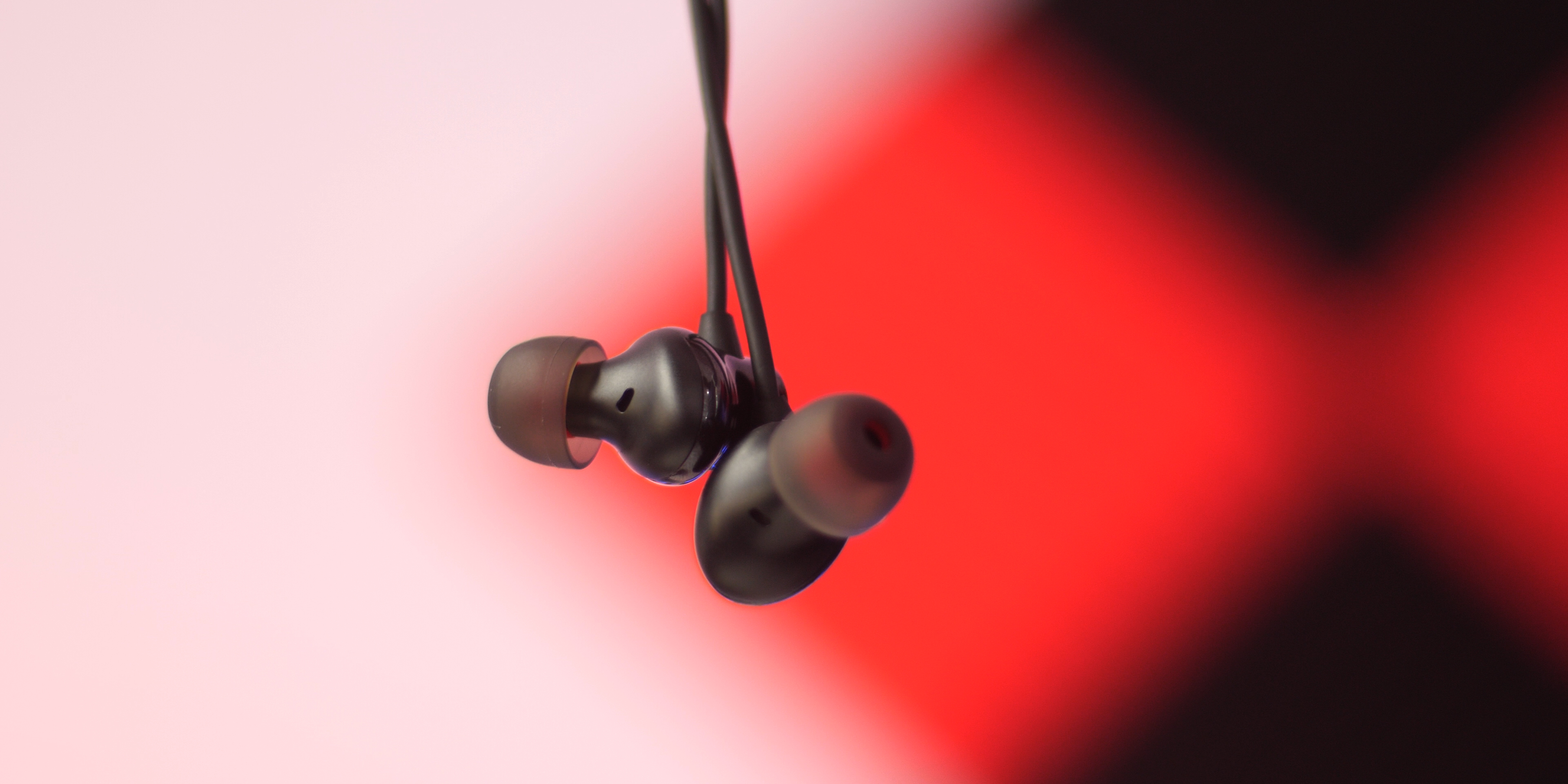 Having used them daily for around two weeks at this point, I’ve managed around an average of two to three hours of listening per day with zero discomfort — none, zilch. I think the silicone tips also help with this comfort, as it’s thin but stretchy for better in-ear isolation.

I lauded the new metal mesh on the Samsung Galaxy Buds, and the OnePlus Wireless Bullets 2 have a similar metallic mesh that stops gunk and crud from caking up your buds and therefore inhibiting the audio experience. I really do like these little touches that have been added, as it shows there has been thought given to genuine everyday usage.

OnePlus has tweaked the design materials too. Out goes the aluminum casing found on the previous model and in comes a slightly heavier steel design. This should help with overall durability. Although the tip section — that gets placed in your ear canal — is still made of plastic. There is a noticeable initial weight when you first put in the earbuds, but I wouldn’t consider them ‘heavy’.

What I have found more noticeable is the weight of the cable that tethers each earbud together. I will say it’s more obvious that the Bullets Wireless 2 are heavier than the Huawei Freelaces, but again it’s not a negative. More like something to note. 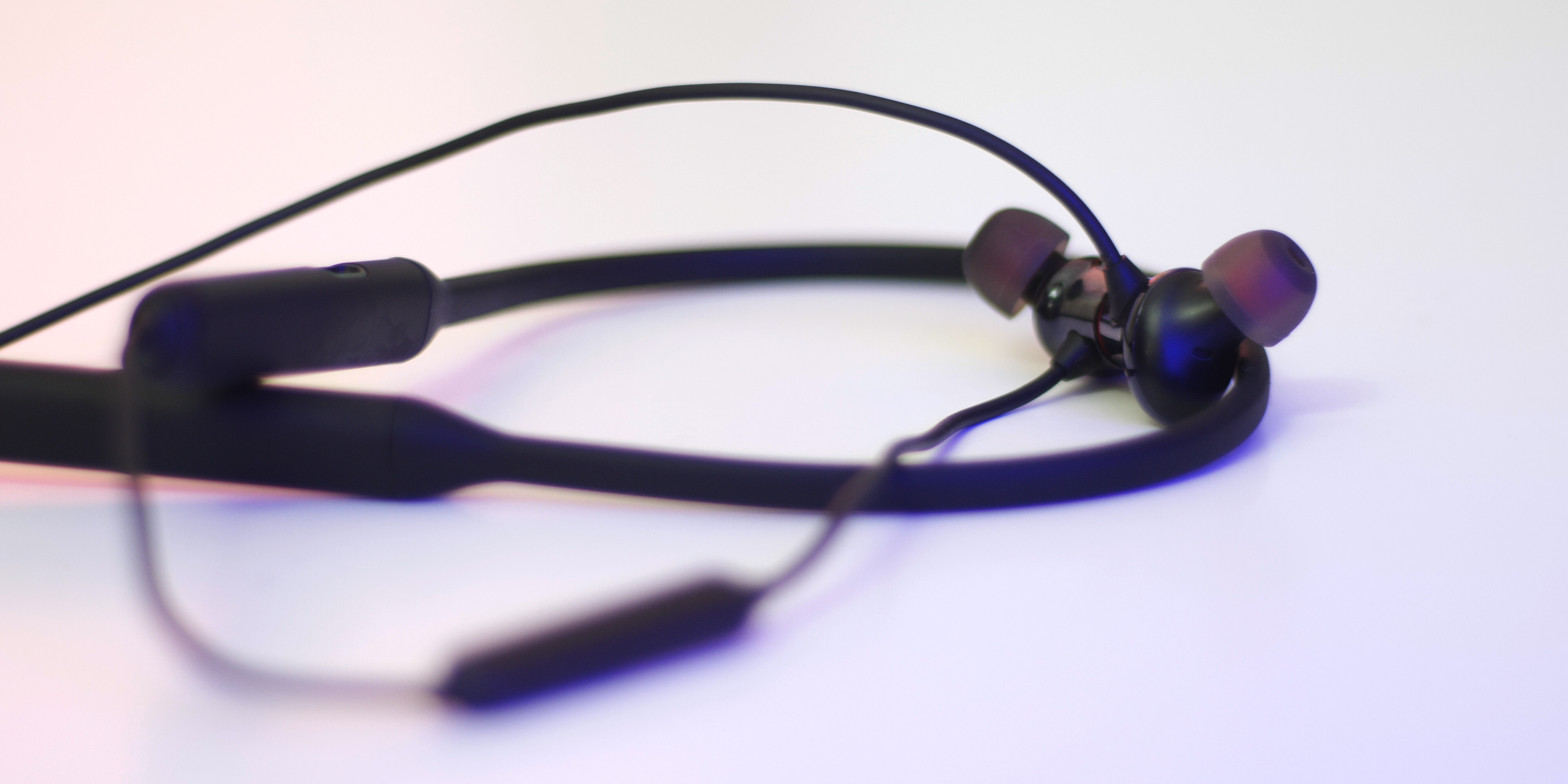 The inline remote is one area that does let the Bullets Wireless 2 down a little. It’s a pretty bog standard three-button remote. The buttons are quite small but they do have a nice silicone texture that I can’t recall many options having that I’ve tried previously.

Each bud is also magnetic, they snap together neatly and make it easy to find them when you’ve got them wrapped around your neck and hanging down.

I do like the lovely red silicone case that gets thrown in with the package but getting your wired-but-still wireless buds in there without tangling the cable can be a little frustrating. I mainly worry that it might damage the cable after tons of packing and unpacking into the pebble-shaped silicone carry case. 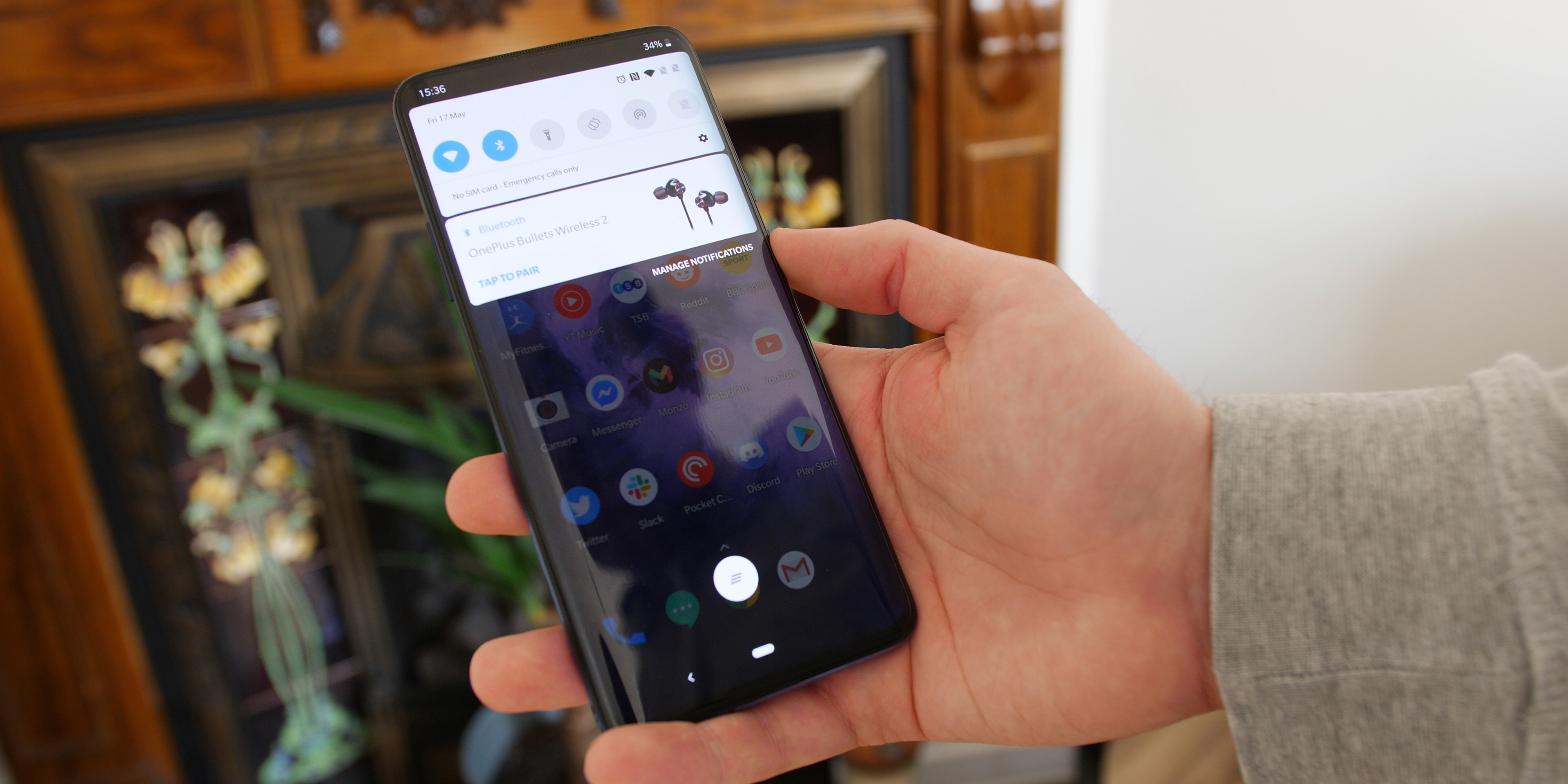 The pairing process on OnePlus devices is nice and simple, just open up and then your OnePlus device will show a notification asking to pair with the Wireless Bullets 2.

You can quickly switch between your last two devices paired too. That might be a game-changer for those of you that pair to their laptop and phone for instance. I can’t say that I would use wireless headphones with my laptop, so it’s normally just a case of pairing to smartphones and tablets in my experience.

For those without a OnePlus device, the pairing process is painless via the Android Bluetooth pairing menu. There are no extra controls or in-depth settings to tweak, just power on, pair, and play. 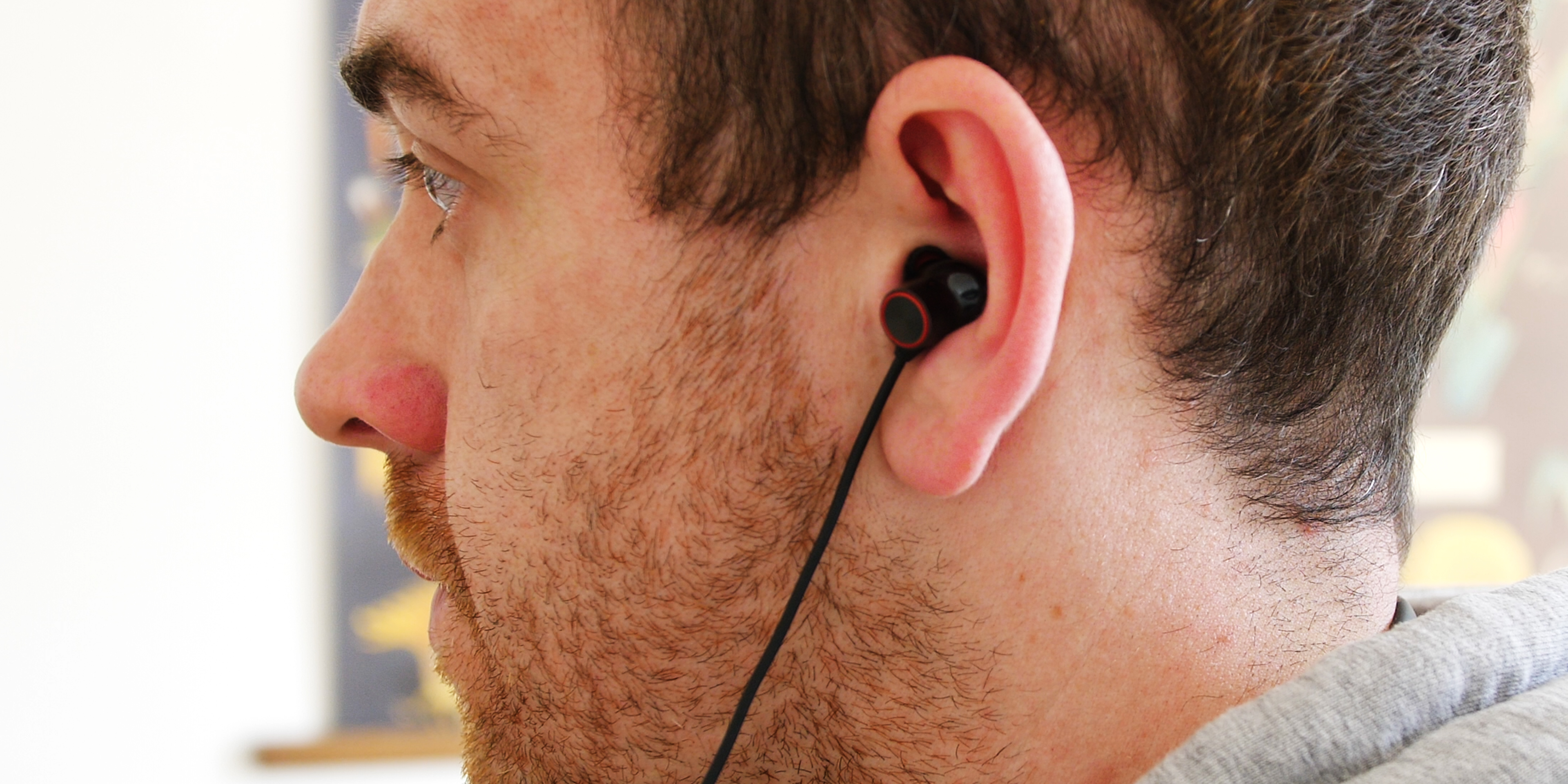 I have to say the sound quality is excellent but not-quite-exceptional. The mids are clear while vocals are handled pretty darn well. The bass is certainly not lacking, and the overall soundstage does feel quite wide and spacious.

The mids can be infringed upon by the bass, but it isn’t too much of an issue in general listening. I find spoken word audio like podcasts to be less impressive at low volumes but is very clear and crisp at higher volumes. Conversely, call quality is simply excellent. Absolutely no muffling and the clarity is excellent. It picks up your voice clearly and I have had no issues when calling friends and family.

Compared to my previous favorite Android earbuds — the Samsung Galaxy Buds — you get a much clearer overall auditory experience that opens up nuances in tracks that you might not be able to pick up on with even similarly priced earbuds.

The newer shape and silicone ear tips also help isolate sound much better. I think that this is one of the core reasons that the sound experience feels like such a step up. You could be forgiven for thinking that the OnePlus Wireless Bullets 2 offered active noise cancellation.

One final thing I do like is that the magnetic earbuds also work as another control method. Detaching them will play any previously playing audio after a short five-second delay and it also works to answer voice calls when you open them. Snapping them back together ends a call or stops any currently playing music.

Right on the money

I’ve not experienced a single issue with the purported 14-hour battery life. I’ve seen 13 hours of battery before I decided a quick battery top-up was probably necessary. By no means is that lifeline figure anywhere near best in class, but it’s still likely enough for most people — myself included.

Battery life is even easier to top up, just 10 minutes with included USB-C charge cable grants you a further 10 hours of audio playback. It’s one of the best portions of the entire Wireless Bullets 2 package.

I’d have to say that the OnePlus Wireless Bullets 2 might be the best Bluetooth buds I’ve used so far in 2019. The sound quality isn’t exceptional, but it is still excellent. The support for the aptX HD codec is quite the step up from the previous model. It’s worth noting that for iPhone users, these are not a good purchase as the AAC codec is not supported.

The price too is quite the step up. A $30 increase in pricing is quite a jump, even given the iterative upgrades. But I have yet to use a pair of earbuds though that have been as comfortable as the Bullet Wireless 2. I can forgive the extra weight just for that extra comfort factor.

I do wish the inline remote was a little bigger, but overall I am very impressed with how good the OnePlus Bullets Wireless have progressed. The tethered nature is arguably much easier to manage than free-roaming earbuds. While there is no IP-rating, these would be great for active people and are just an out-and-out great purchase.

Get the OnePlus Bullets Wireless 2: