LG prepping another dual-screen phone for release at IFA 2019 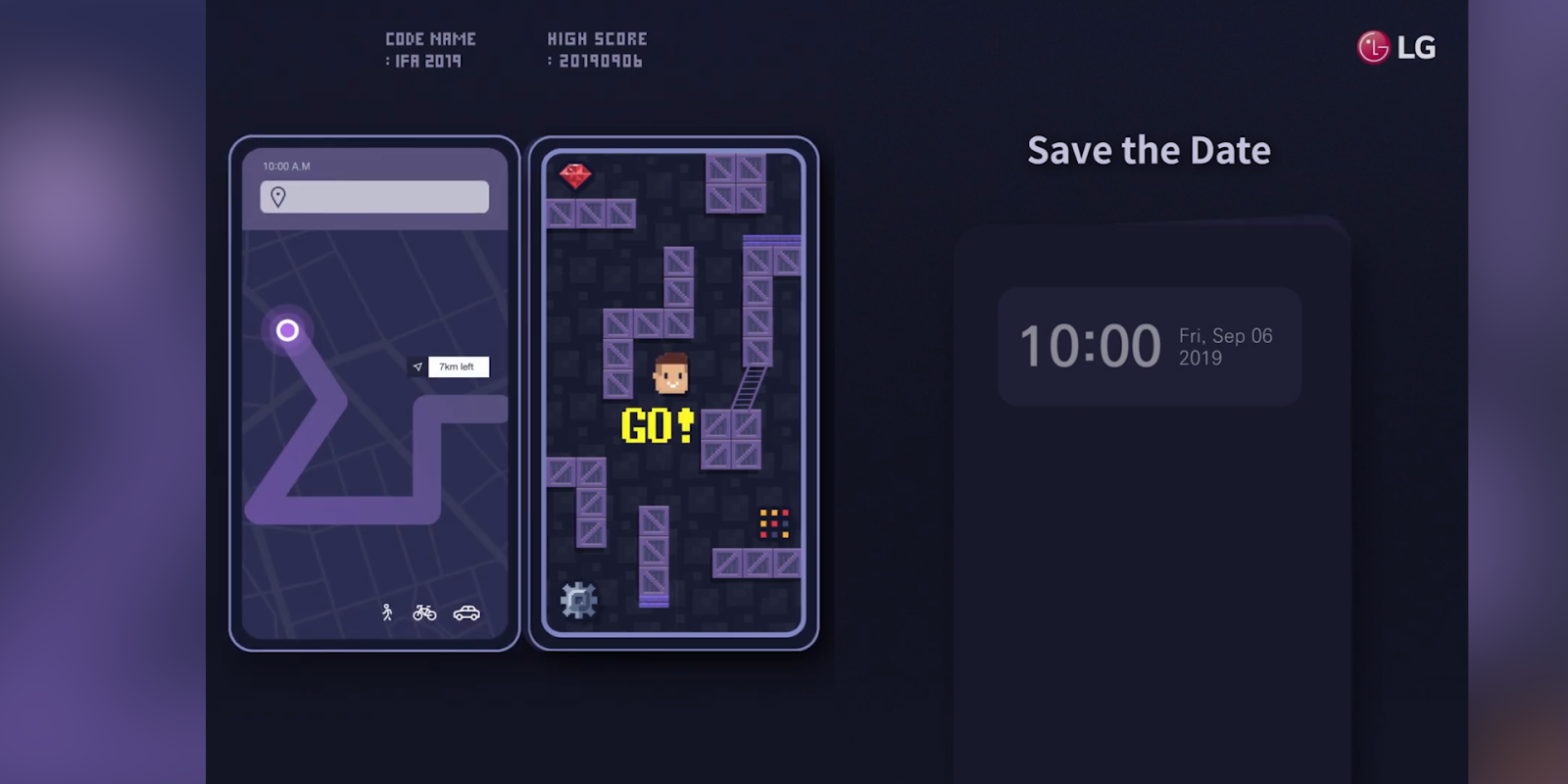 LG has released an 8-bit style teaser video ahead of IFA 2019 that shows what appears to be a dual-screen phone slated for a September 6 launch date.

If you cast your mind back to MWC 2019, you’ll remember the LG V50 ThinQ was unveiled with that dual-screen gaming attachment. This teaser hints at a follow-up to that phone with a second display — potentially the LG V60 ThinQ.

As foldable phones seem to have faltered slightly at the first hurdle, LG seems to be banking on a secondary display rather than a folding screen. It will be interesting to see if this comes as an optional accessory for the smartphone or as part of the device — although it’s highly likely to be an add-on.

Given the troubles that LG is having of late just shipping smartphones, it is interesting to see them try something a little different from the crowd. They arguably led the way for the Pixel 4’s upcoming hands-free controls with the LG G8 ThinQ. Maybe they are attempting to do the same for phones that double as gaming devices.

Given the September 6 launch date, the upcoming dual-screen LG to be unveiled at IFA 2019 looks set to go to head-to-head with the Samsung Galaxy Fold and Huawei Mate X. You could argue that wouldn’t bode well for the company going up against such strong opposition.

It will we be interesting to hear your thoughts. Would you buy an LG phone that has a foldout secondary display? Is mobile gaming a massive draw that you would use a flip-out touchpad? Let us know in the comments section below.