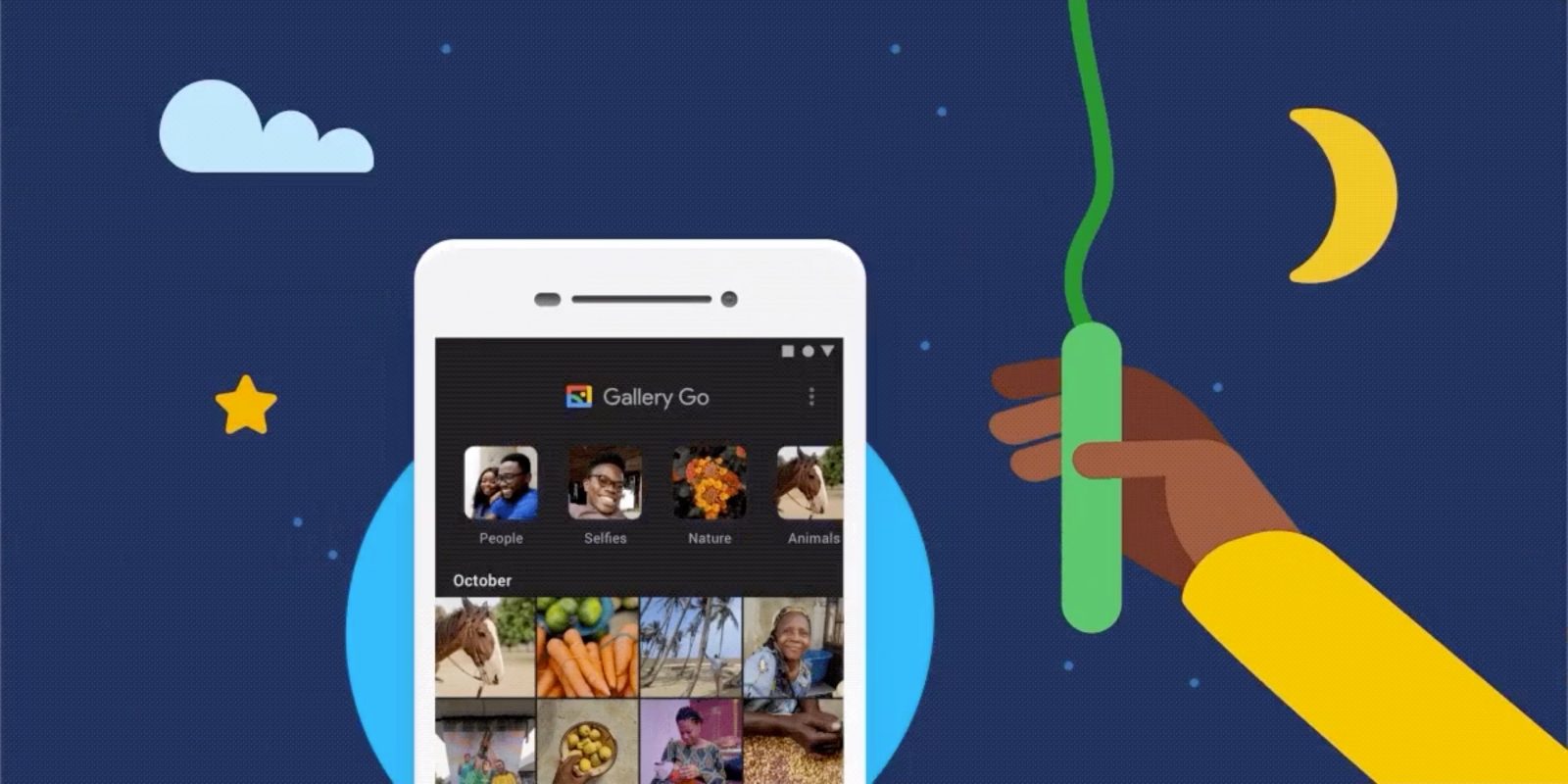 Launched last month, Gallery Go is getting its first major update with a dark theme. Developed by the Google Photos team, this lightweight image viewer will add the night friendly look over the new few days.

The Gallery Go dark theme is similar to the one in Google Photos. Like other first-party apps, the background switches from stark white to a lighter shade of gray. The bottom bar remains transparent, while any text becomes inverted and is now white on black.

This darker look is most apparent in the primary Photos gallery view and Folders tab, with the Settings page following suit. Speaking of preferences, there should be a manual “Dark theme” menu with On, Off, and Automatic. It does not appear to be available yet in Android Q, though the dark mode is live and automatically respects the system-level option.

According to Google’s tweet this morning, the dark theme is “rolling out over the next few days with the latest Gallery Go update.” That refers to version 1.0.2 — which is the application’s first update since launch — from the Play Store.

Gallery Go is designed for Android Go phones and other low-power devices. However, it still features face grouping and other automatic categorization of people, animals, meals, and selfies. There is a basic editor to auto-enhance, filter, rotate, or crop. Despite the intended audience, the app is available for all users around the world.