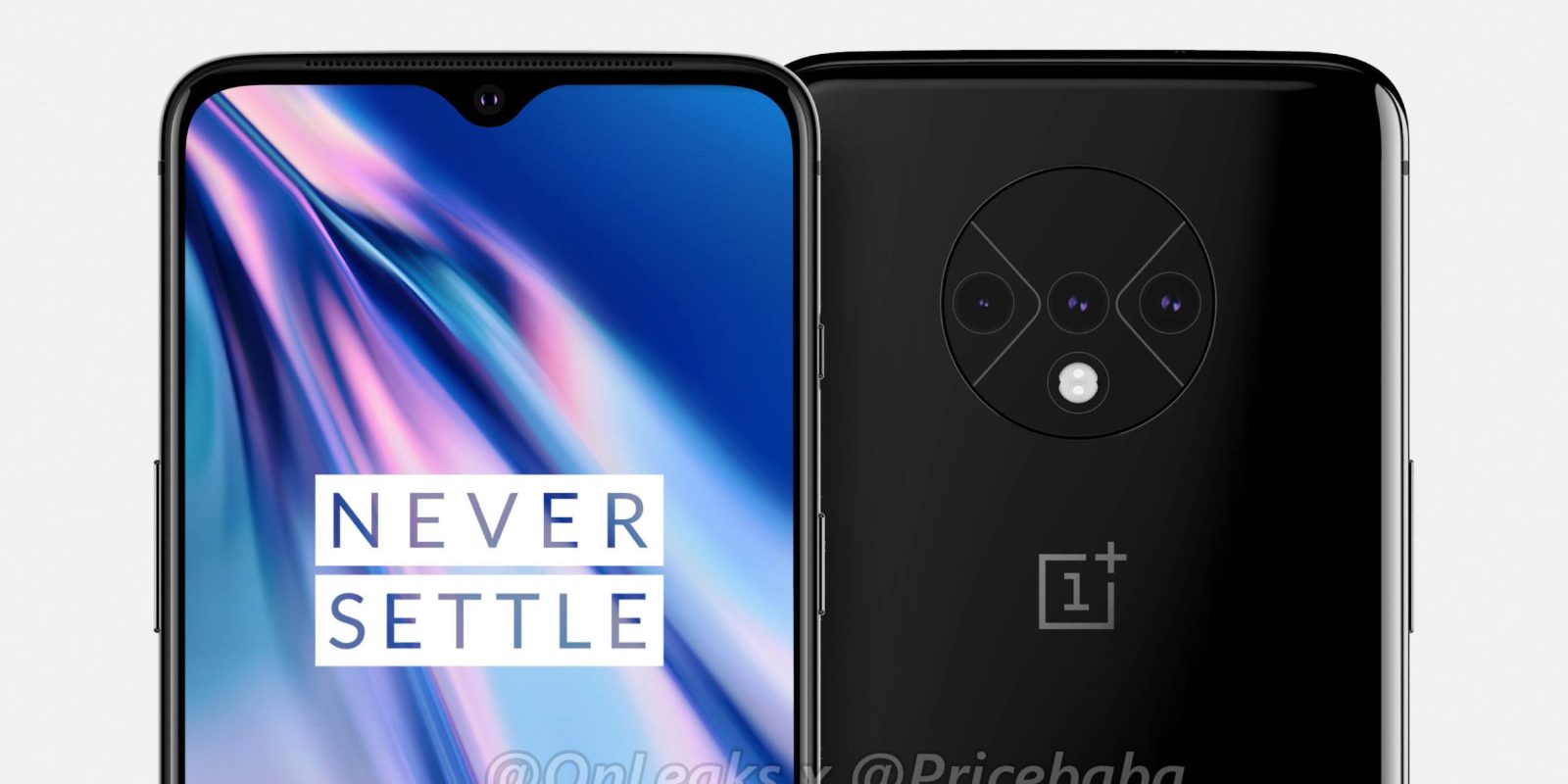 The OnePlus 7T series is right around the corner, and today, new images of the device have leaked out. High-quality renders show off the OnePlus 7T with its strange rear camera design and more.

As one might expect, the design of the OnePlus 7T as a whole isn’t all that different from the OnePlus 7. There’s still a glass back, huge screen up front, and a waterdrop notch design as well.

What’s new and interesting about these latest renders from @OnLeaks and PriceBaba is the rear camera array OnePlus has added. As hinted at in previous leaks, there’s a circular camera bump on the OnePlus 7T. While this isn’t the “Pro” tier of the device, OnePlus has added on another camera from what the 7 offered. Presumably, that’s a wide-angle lens.

OnePlus also seems to have gone for a strange design on that camera bump. There are lines coming in from the sides of the glass to wrap around the cameras and separate the array into three different parts. The angular lines are something we’ve never seen the company use, and it’s definitely something we’re curious to see how it looks in real life.

I get some definitely unintentional ‘SHIELD’ vibes from this

Rounding out what we learn in these renders is the dual-LED flash under the triple cameras. Beyond that, there’s nothing else to see different from these renders of the OnePlus 7T. Upgrades to a newer chipset could be in the pipeline, but we’re also curious to know what the OnePlus 7T Pro will offer up.

A source also tells PriceBaba that there will be a new McLaren Edition of the OnePlus 7T, this time “Senna.”