OnePlus 7 review: Not ‘Pro’ but definitely not amateur [Video] 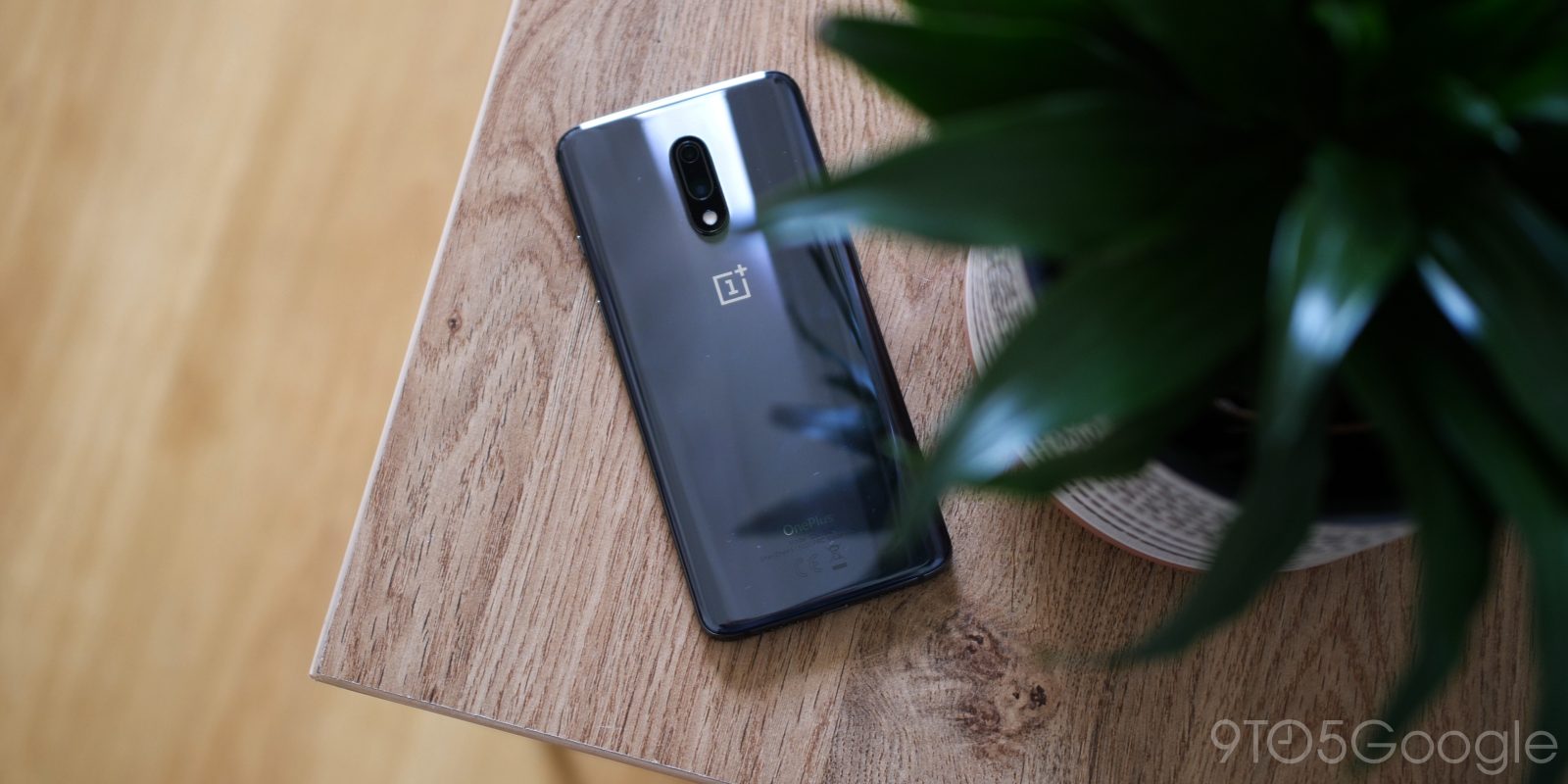 The OnePlus 7 isn’t officially coming to the North American market and that is a disappointment because this is a fantastic follow-up to the OnePlus 6T, even if it feels very much like a retread.

While we still don’t have any official line for why this is the case, it would be foolish not to think that this was a move by OnePlus to sell more 7 Pro devices in the US and Canada.

Previously, during our short hands-on time with the OnePlus 7, nothing particularly stood out from the OnePlus 6T. That definitely feels harsh in hindsight, as the chassis hides a much-improved device that proves to be better in almost every measurable metric.

This is our review of the OnePlus 7.

Same design but with added flavor 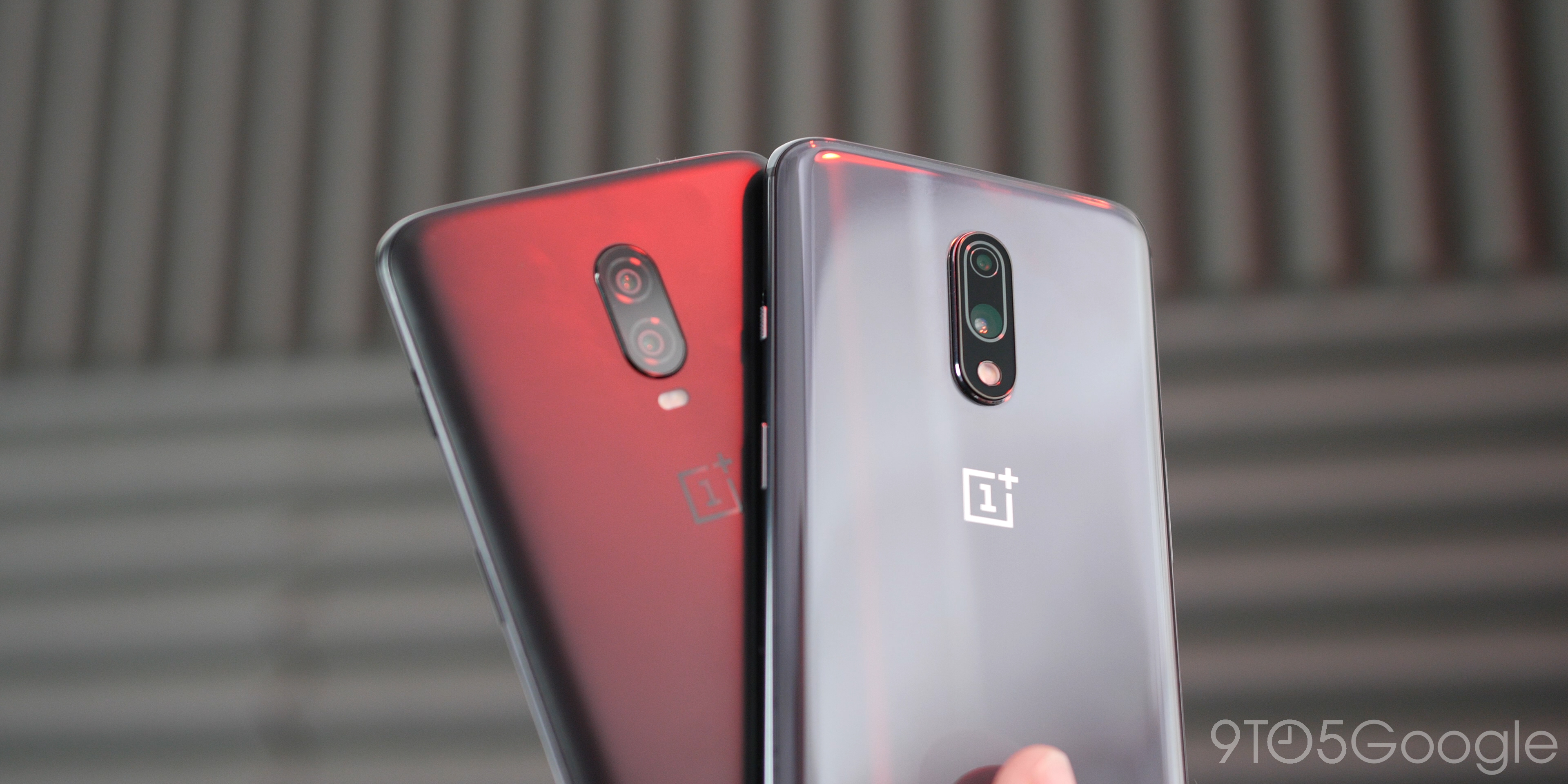 Make no mistake the OnePlus 6T and the OnePlus 7 are very, very similar. Without a fine tooth comb, you really wouldn’t be able to tell them apart at first glance. That in itself isn’t a negative, as the OnePlus 6T, in my opinion, is a good-looking phone that has a great overall aesthetic — especially in the matte black color.

The dewdrop display notch has received some minor tweaks and improvements that really do make the difference. It is slightly sharper and lower in the display — but still remains rounded rather than in a V-shape. This has allowed for an extension of the tiny and sometimes awkward earpiece that you find on the 6T.

A larger speaker does result in better call quality and clarity. It also has been extended to make room for a much better Dolby-powered speaker. The OnePlus 7 finally has stereo sound, as the bottom speaker works in tandem with the newly enlarged earpiece to produce the best sound on a OnePlus phone so far.

At the back, the design also looks familiar but there are some notable improvements. For starters, the glossy mirror gray back is a slightly different tone to the original mirror black color of older models. While I was initially against the shiny finish, it really has grown on me. I like the two-tone design as it sometimes adds smokey tones that really do look striking in various lighting conditions.

Now for the major new inclusions. There is a substantial upgrade in the camera hardware over previous models. The dual camera setup now relies on a 48-megapixel primary sensor that utilizes pixel-binning tech to pump out ultra-sharp 12-megapixel photos. The secondary sensor comes in the 20-megapixel variety. It is a fairly innocuous inclusion that improves depth data for better portraits and such. 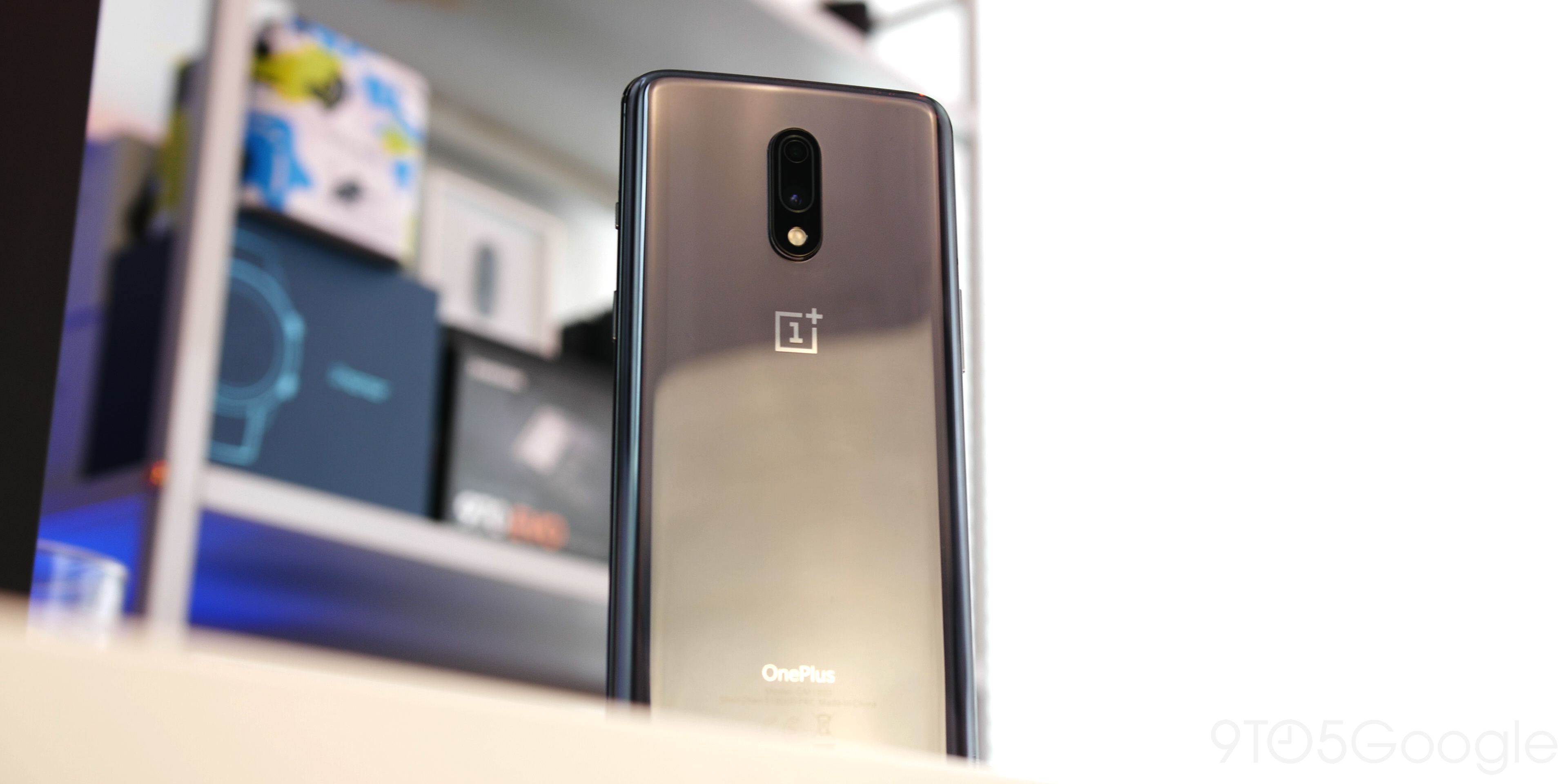 The actual dual camera bump manages to protrude quite a bit further out of the back of the OnePlus 7 than the camera bump on the 6T. That does mean that it rocks and wobbles on a desk or flat surface quite a bit more. I’m not quite sure how it affects any OnePlus 6T case compatibility either.

The notification switch has also moved up slightly and the toggle itself is actually about half the size. There is lovely feedback when you switch between vibrate and silent modes — it’s way less ‘clicky’ under your thumb when you slide up or down.

I haven’t even addressed the OnePlus 7 Pro. The Pro is a bit of an unwieldy beast at times, it is huge, almost bezel-less and has a ton of screen real estate. Not everyone is a fan of massive smartphones. The OnePlus 7 is by no means small but it is visibly more compact.

If you were wondering, there is no screen resolution bump on the OnePlus 7. It retains the exact same panel as the OnePlus 6T but an unintended placebo effect is that this display seems to get just a tad brighter — although I do put this down to having a battered screen protector on the 6T.

The entire hardware package isn’t too much of a departure from previous OnePlus phones — which is a bonus. We can’t expect a massive overhaul every six to 12 months and then complain when the design is marginally tweaked. For anyone coming from older OnePlus phones, this is a massive step up in quality across the board.

One major upside to all of this is that you can actually use almost all of your OnePlus 6T accessories and cases with the OnePlus 7. 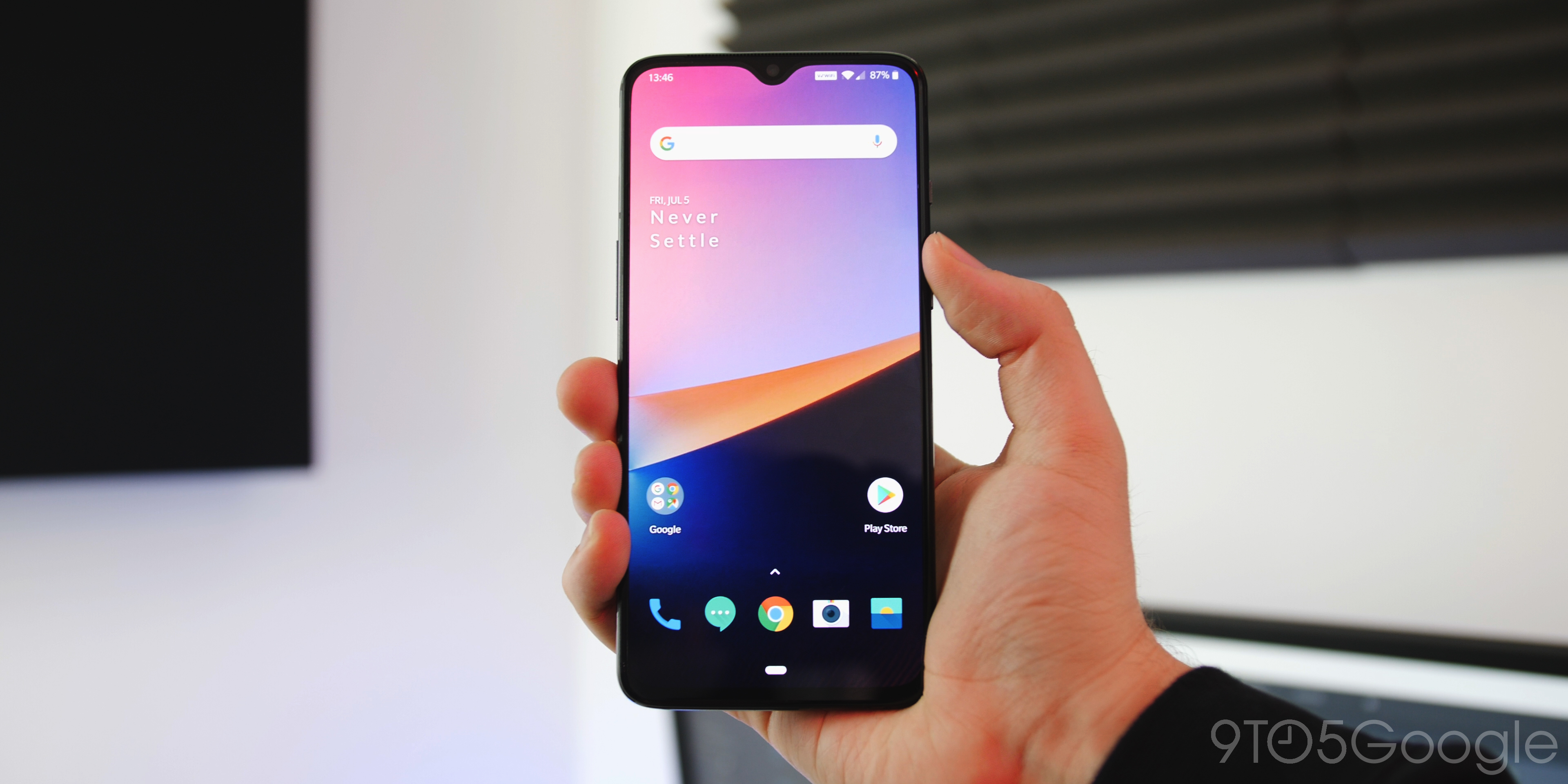 The bump from the Snapdragon 845 to the Snapdragon 855 does see a performance boost in benchmarking tools. There is a supposed 30% increase in performance but my personal experience has seen very similar performance to the 6T. A great deal of that has to be put down to the insanely smooth OxygenOS — which I could wax lyrical about all day.

I will say that although general performance feels almost the same, there is a perceived slowdown compared to the OnePlus 7 Pro. I put much of that down to the 90Hz display enhancing the feeling of speed.

OnePlus initially had a ton of new features remain temporarily exclusive to the OnePlus 7 and 7 Pro. Those include the new Zen and dedicated Fnatic Gaming Modes. The improved in-display fingerprint reader, at least in my experience, really isn’t great.

The number of times that I see the “Not recognised” pop-up is into the hundreds, even after only having the phone for about a week at this point. Whereas the rest of the software experience is exquisite, the in-display fingerprint reader is most definitely not.

I still own the OnePlus 6, in no way is it a slouch even after a year of usage. The OnePlus 7 will no doubt be as speedy in 12 months as it is now. It should also be in of the first wave of Android phones to get the full Android Q update too.

All day at full power 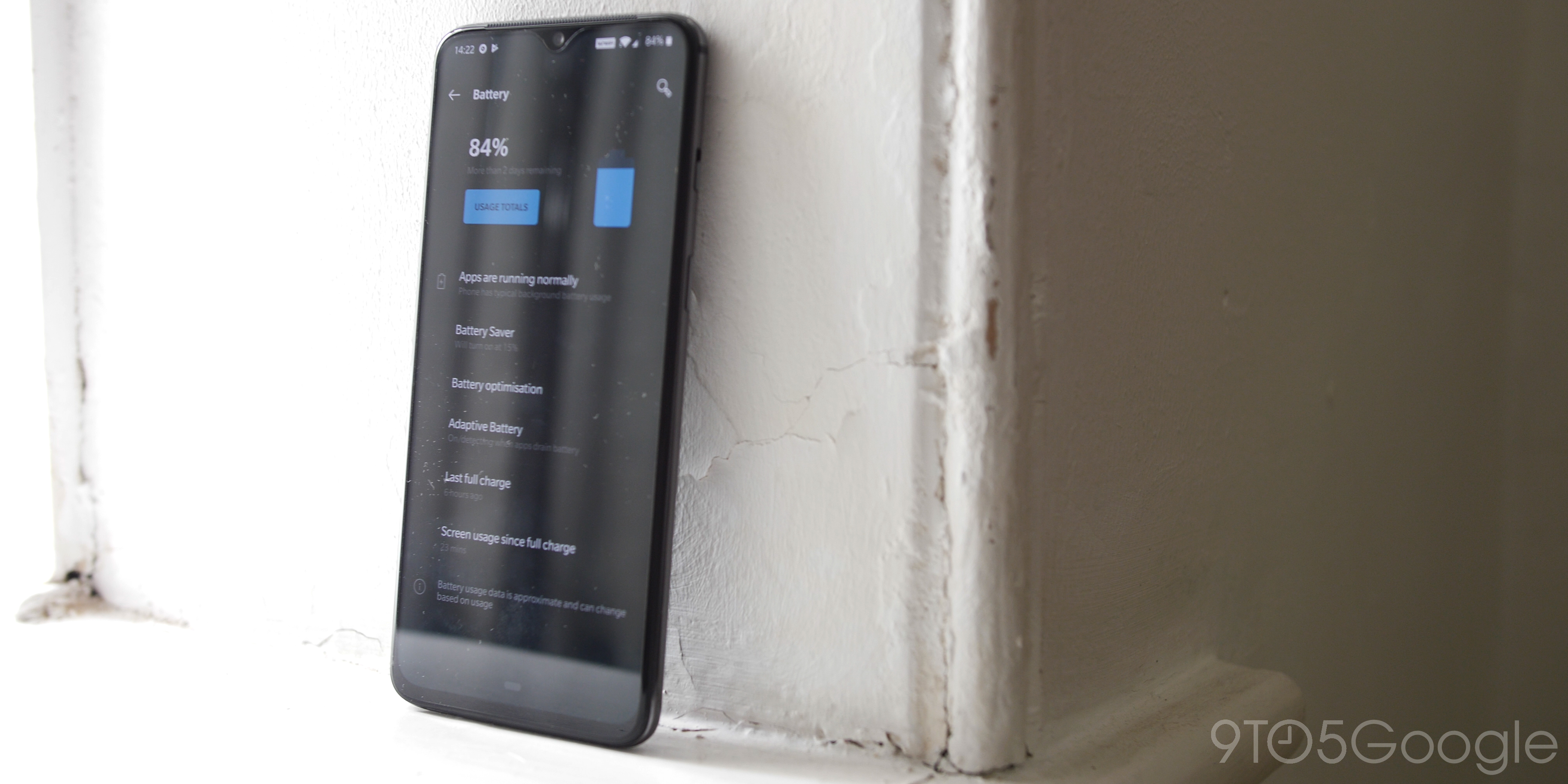 You’re afforded a battery with a 3,700mAh capacity — the very same as on the OnePlus 6T. With a more efficient CPU, the exceptional battery life of the 6T actually gets bettered by the OnePlus 7. I’ve even found that it gets substantially better longevity than the OnePlus 7 Pro — although it has a lower resolution display.

For me, average daily use extends to plenty of social media, casting plenty of YouTube videos to my Chromecast and tons of web browsing. I tend not to do much gaming but when I do it is Asphalt 9: Legends. It runs amazingly on the exceptional internals but does blaze through the battery a lot faster than standard browsing and day-to-day operation.

I think for even the heavy phone abuser, the battery should last a long day with a little headroom to spare. Charging with the 20W fast charger is rapid, although it would have been nice to have 30W Warp Charging and wireless charging as extra options.

Not amazing but a massive step up 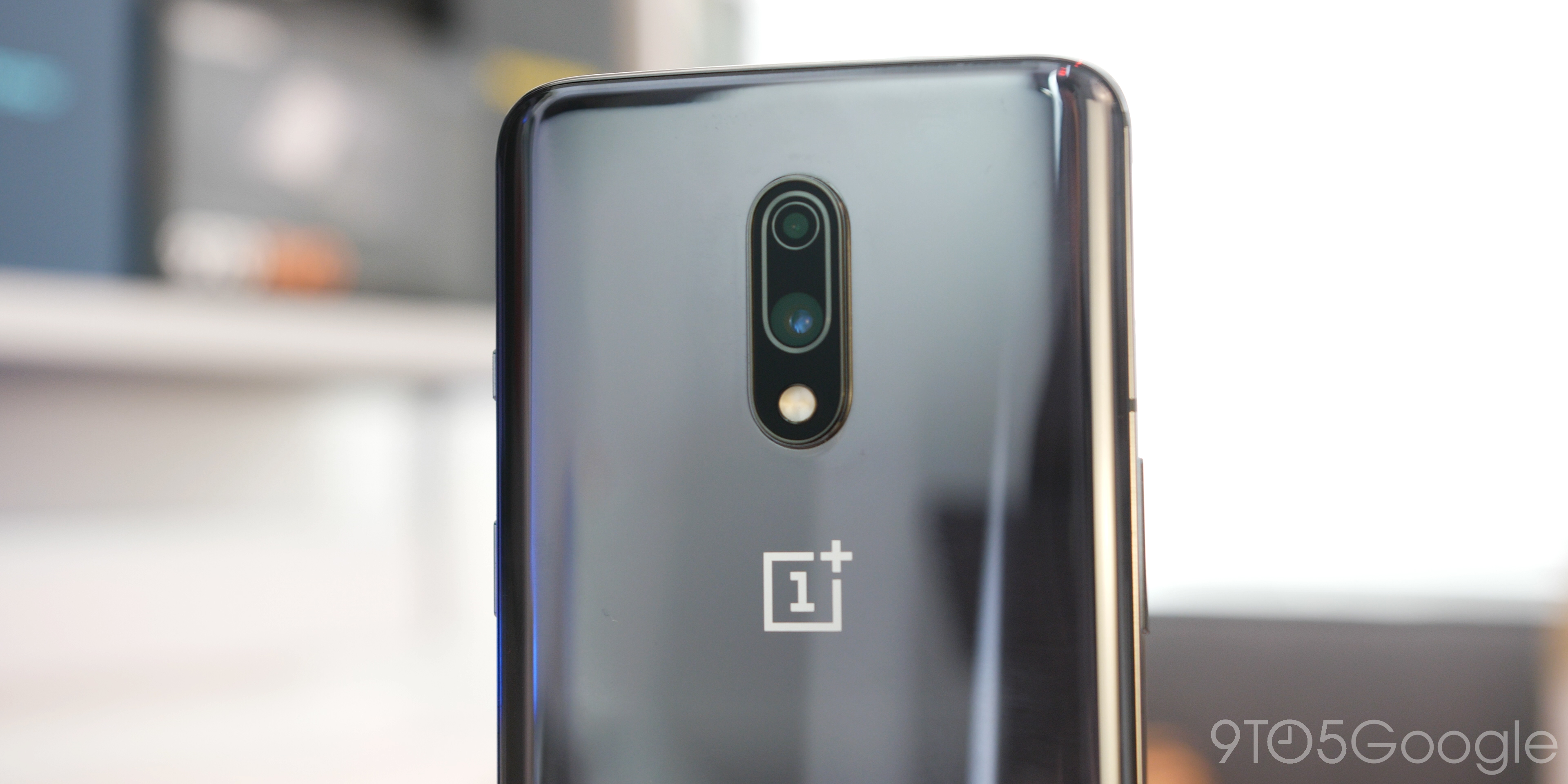 I have to say that the new camera setup provides a huge step up over older models. At first glance, the main camera images are identical to those you will get out of the OnePlus 7 Pro. The new 48-megapixel sensor provides an extra layer of clarity that I often found lacking with the 6T for instance.

The extra camera modes like Nightscape 2.0 still leave me wanting a little bit. The long exposure night shooting mode has improved drastically since it was first made available in late 2018 though. You just have to be clever about when and where you utilize it.

Normal daylight photos have good dynamic range, contrast, and color. If you try more shaded conditions or head indoors, the quality does dip a little, but overall the results are toward the ‘good’ end of the scale.

The dewdrop notch is still home to a 16-megapixel selfie camera, the quality of which is pretty mixed. It still suffers from the same issues that almost all selfie cameras have, it can add some smoothing for more ‘flattering’ photos. I don’t really take selfies except in these test scenarios so I feel I may be a little more critical than most.

When using the camera, the dual-pixel autofocus is super quick but sometimes I did find it hunting a little on very close, almost macro shots. The stock camera app is tidy and well organized. Overall the stills camera experience really is top notch.

As for the video modes, OnePlus does a stellar job. 4K 60fps footage is as smooth as silk. It handles colors and contrast exceptionally, all while retaining plenty of detail. That same dual-pixel autofocus works wonderfully in video modes, allowing you to worry less about whether the OnePlus 7 will fixate on one random subject, therefore allowing you to just capture what you want without fear of losing clarity.

This device needs to go Stateside

Without any real reason, if you’re in the US, you won’t be able to get hold of the OnePlus 7 via official channels. As far as we are aware, OnePlus hasn’t given a solid explanation for this, instead, relying on cutting the price of the OnePlus 6T and hoping that buyers opt for the 7 Pro instead.

Anyone who already bought or owns the 6T might be pleased by the minor alterations. Having a new device with incremental upgrades can make it difficult to justify a purchase or upgrade. That might be perceived as a bonus but in reality what about those that want to update their aging OnePlus 5 or 5T? You have to want the 7 Pro, or you’re out of luck.

Make no mistake, the OnePlus 7 Pro is arguably the best all-around new phone you can buy right now. I can’t honestly say that the OnePlus 7 is in that same category but it really is another fantastic smartphone option that has unnecessarily been stripped of the US market.

Fans may complain that there isn’t enough difference to justify it existing at all, but we allow Apple to do the same with its own ‘S’ line. That said, I called the OnePlus 7 the OnePlus 6TT in our early hands-on, and to be completely honest, I still stand by that. This is a high-quality smartphone that tweaks an already winning formula.

Where can I get the OnePlus 7?

Given the lack of official availability in the US, if you are confident that you want the phone, there are a number of options to choose from. There are third-party sellers on Amazon that will offer the phone, this might be the safest way to buy as you are backed by Amazon buyer protection. You could purchase from Amazon UK instead, as it is officially available in Great Britain.

There are importers like Giztop but my advice would be to go to eBay if you must have the OnePlus 7. It should work with almost all US carriers but I cannot guarantee that it will work with every single one. It may be worthwhile checking the compatible bands to ensure you make the right purchase decision.

No matter who you buy from, you won’t have any access to customer support or even an official warranty. It may be worth checking with whoever you choose to purchase from if they will honor any necessary repairs or returns.