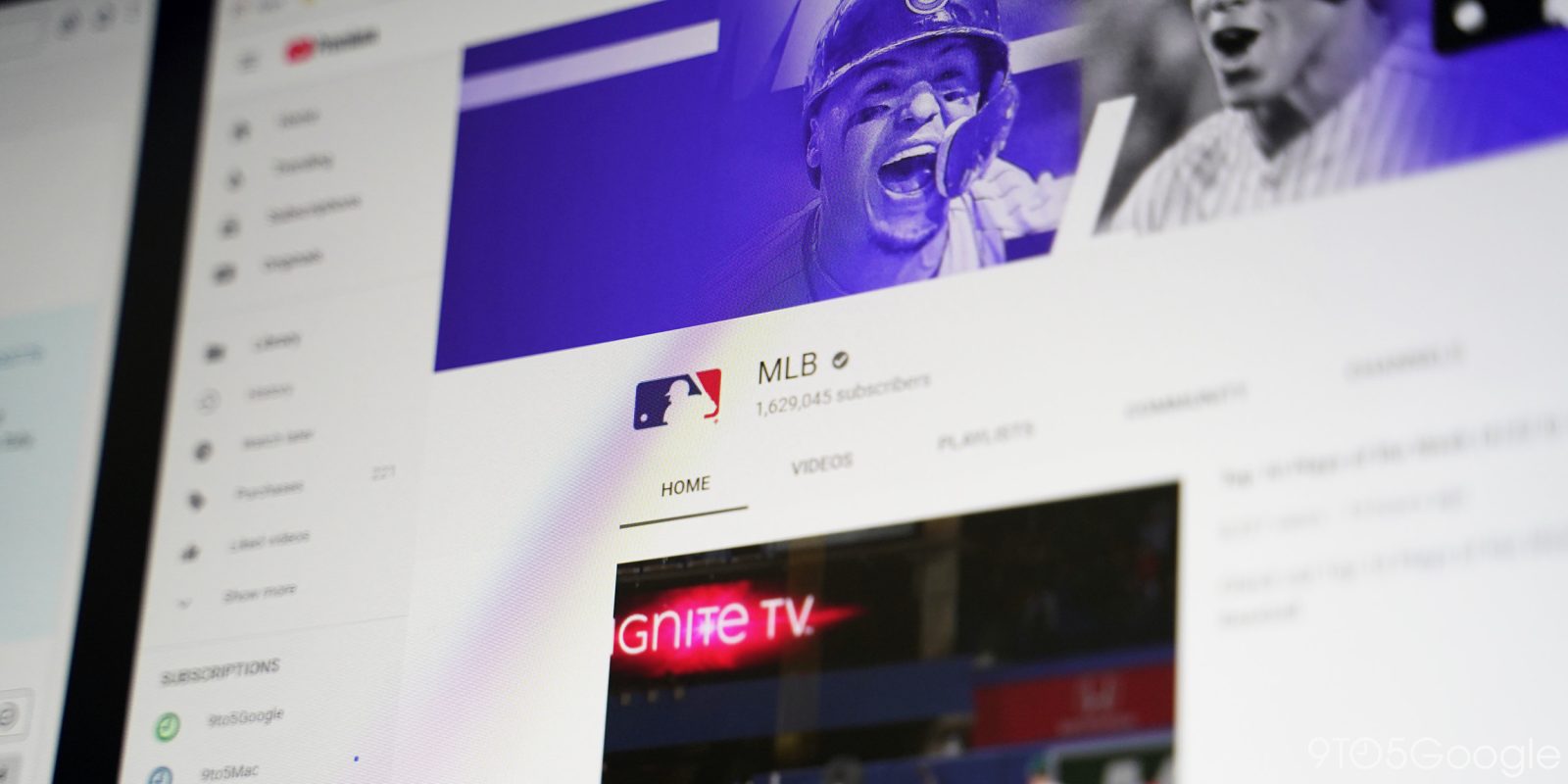 Major League Baseball is now in full swing for the 2019 season. Now, a new deal has just been inked to have YouTube be the exclusive place to watch 13 MLB games later this season.

Variety reports that YouTube and the MLB have signed a deal which will see 13 games streamed exclusively on YouTube for free during the second half of the 2019 Regular Season. This is the first time YouTube (not YouTube TV) will be the exclusive place to watch a live Major League Baseball game. The games will be available to watch solely on YouTube in the US, Canada, and Puerto Rico, and internationally too, with the exception of 23 territories due to rights issues.

Financial details on this deal haven’t come forward, but even so, this is a big move for Google in terms of making itself known as a bidder for events such as MLB games. This also comes after YouTube TV was a presenting sponsor of the World Series for the past three years. YouTube TV also added MLB Network last year.

YouTube’s first-ever exclusive live game distribution partnership with MLB will cover games during the second half of the 2019 MLB regular season. MLB and YouTube plan to announce a schedule of dates and matchups in the next few weeks… Internationally, the games package will be distributed on YouTube with the exception of 23 territories because of existing rights deals, according to MLB. The blackouts affect countries including Japan, Germany, Australia and New Zealand.

Notably, these games will all be streamed on the official MLB YouTube channel (youtube.com/user/MLB) and will also be available on a dedicated channel on YouTube TV.

Update 8/21: Following last week’s game against the Diamondbacks, the Colorado Rockies are back on YouTube to take on the Atlanta Braves. The teams will be heading to Denver to play at 3PM ET/1PM MT from Coors Field. You can watch with the player embedded below.

Live from Denver, watch the Rockies take on the Atlanta Braves Monday, August 26 at 3:00 PM ET, 1:00 PM MT on YouTube. Set a reminder so we can notify you at game time!

The MLB Game of the Week Live on YouTube brings live baseball to YouTube! Watch select live games every week of the regular season. Stream the games for free across all your favorite devices on the MLB YouTube channel.