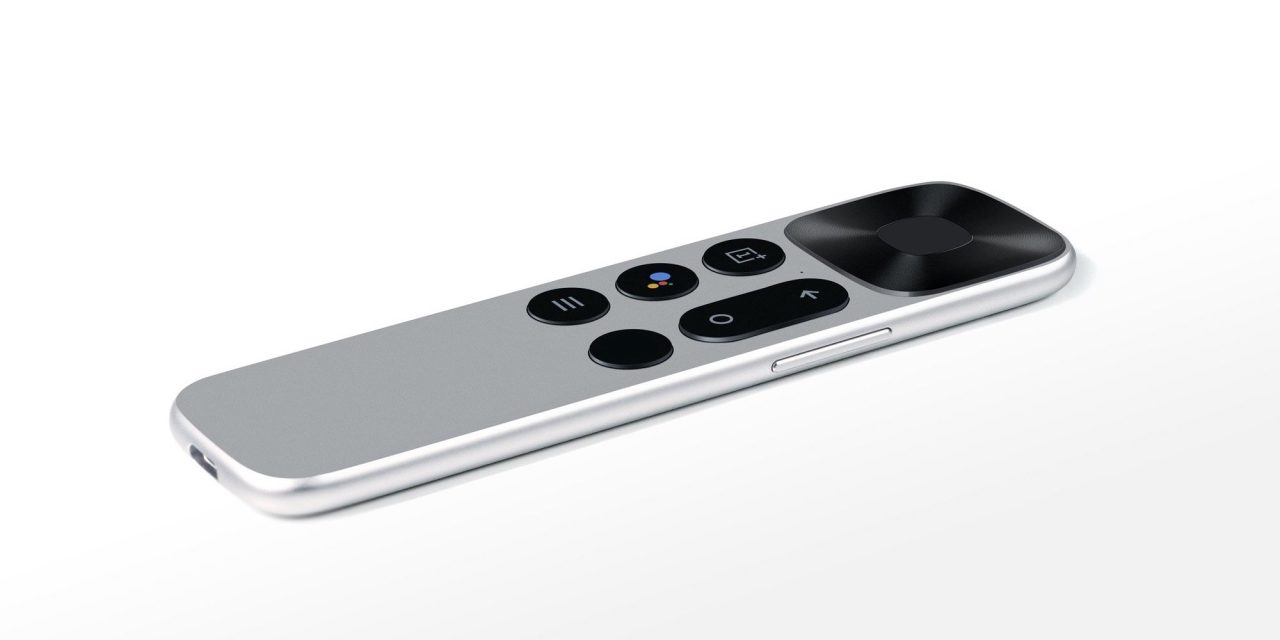 The OnePlus TV remote will draw immediate comparison to the one paired with the Apple TV. Similarities include the general design, shape, button arrangement, and presumably size. It looks like a cross of the Siri Remote, but with the silver metal body of the previous Apple Remote.

At the very top is a slightly raised black surface with rounded corners and what looks to be an enter key in the middle. It’s not clear if this is a d-pad or a touch surface. A button with the OnePlus logo is next followed by a vertical oval that takes up two slots. These are the standard Android controls for going back and home.

While all the other keys are black with white markings, the Google Assistant button is colorful and prominently stands out. Rounding out the OnePlus TV remote is menu and a blank key that could have purposely been obscured for this teaser.

Take a closer look. The power is in your hand! #OnePlusTV pic.twitter.com/TL5ymlOWIz

One interesting design choice is a volume rocker with chamfered edges on the right. This is something you’d expect to find on a phone or tablet, but not a remote. The entire contraption charges via USB-C, which the OnePlus founder confirmed on Twitter.

The possible use of hard tactile buttons and different colors should in theory address the biggest complaints of Apple’s remote. The former deals with how it’s very easy to accidentally swipe the touch surface, while the latter contrast makes the top and bottom obvious.

More about the OnePlus TV: