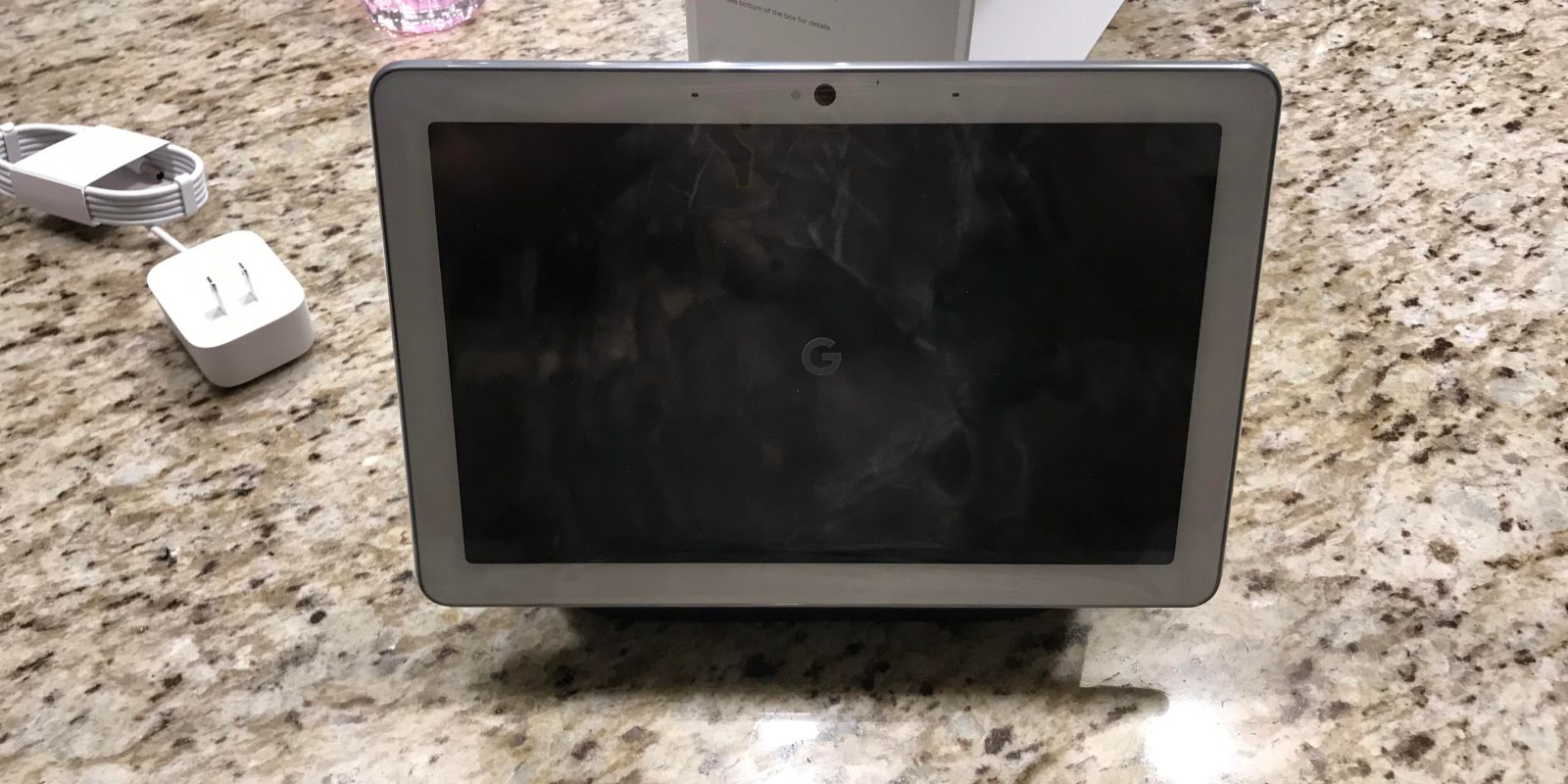 Google just over a month ago said the Nest Hub Max would be available on September 9th. Just ahead of that date, one lucky customer has already received the Made by Google Smart Display and unboxed it.

One Redditor managed to have their “Google Nest Hub Max delivered early from Bed Bath Beyond!” The initial impression is that the speaker is “loud and clear.” The box for the 10-inch Smart Display features Google’s multi-colored ‘G’ in the upper-left hand corner followed by the name of the product in Google Sans. A large picture of the Nest Hub Max — in Charcoal — takes up the rest of the packaging’s front surface.

This is the first product to launch under the unified “Google Nest” branding announced at I/O 2019. Future products should be similarly packaged and not use a sticker. The box is otherwise straightforward and lists functionality like video calling, the built-in Nest Cam, the larger HD screen for watching TV, YouTube, Google Photos, and other first-party services.

The device uses a brick-shaped 30W power adapter instead of the circular 15W unit found on the Nest Hub. One picture shows a much larger plug making interoperability unlikely.

This Nest Hub Max shipped early from Bed Bath & Beyond. The U.S. retailer already lists the device online, but with a September 9th availability date. It’s not currently available for order on the web, but one must have slipped through the inventory system.

Since May, the Google Store has only let users sign-up for a waitlist, while Best Buy marks it as “Release Date: Not Announced” and B&H Photo “New Item – Coming Soon.” It will cost $229 when it hits shelves stateside, while it will also be released in the United Kingdom (£219) and Australia (AUS$349).