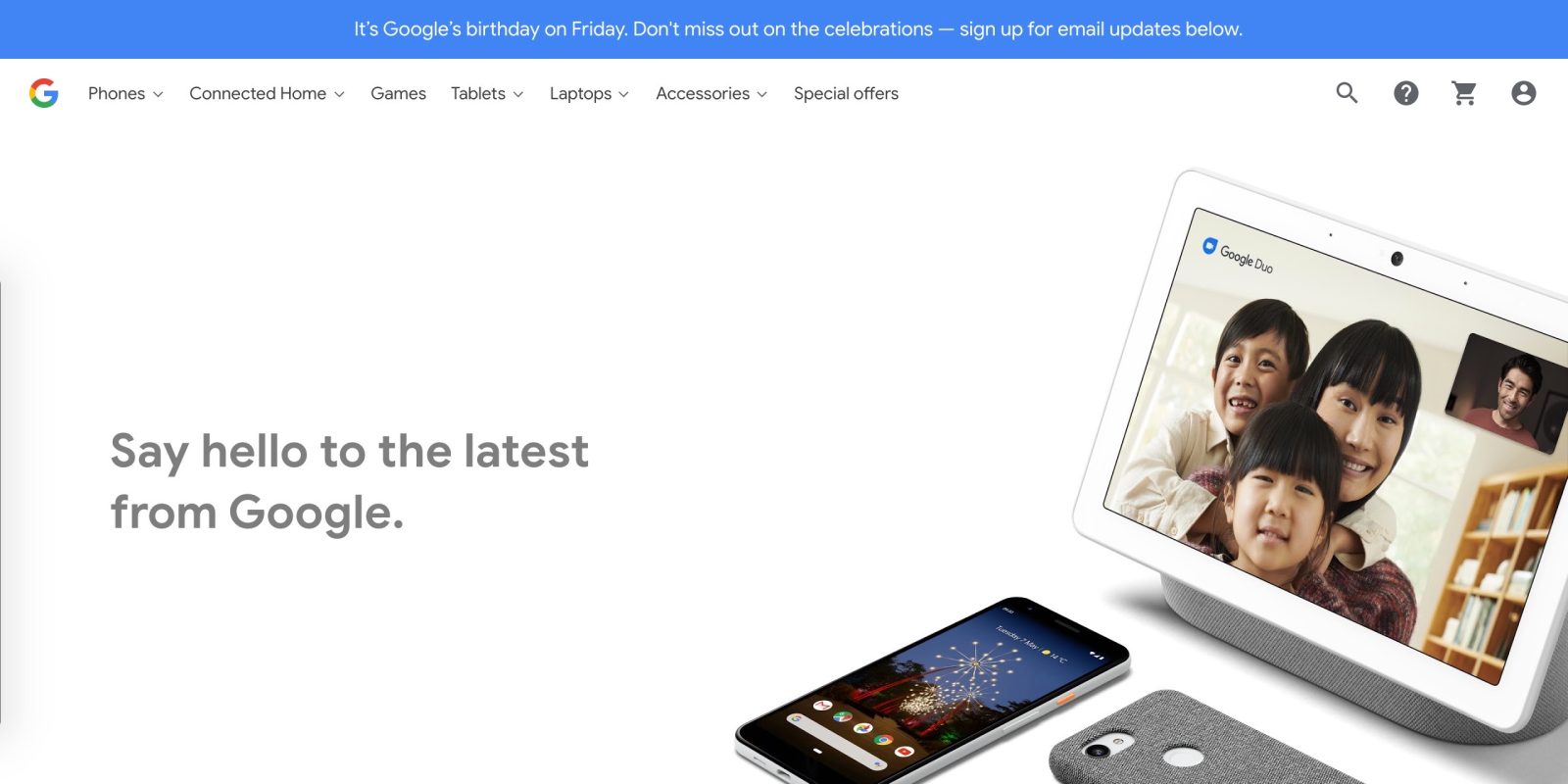 In 2018, Google celebrated its 20th anniversary with a Doodle and slew of new features for Search. This year is the company’s 21st birthday, and the Google Store is teasing “celebrations” on Friday.

Google Stores in several European countries today are sporting a blue banner at the top of the website:

“It’s Google’s birthday on Friday. Don’t miss out on the celebrations — sign up for email updates below.”

This simple message isn’t live in the United States, with the European sites interestingly not promoting the October 15th event. There is instead a cover image with the Pixel 3a, fabric case, and just launched Nest Hub Max.

The “celebrations” most likely tease some deals on Made by Google and Nest products. Smart home gadgets that are available internationally are the most likely candidates. In the US, the Pixel 3 and Pixel 3 XL are already discounted by $300.

The Google Store’s birthday celebration might only be a one-day affair, but given that it falls on a Friday this year, it could always last the weekend.

While Google was actually incorporated on September 4th in 1998, the company has long celebrated the occasion later on September 27th.