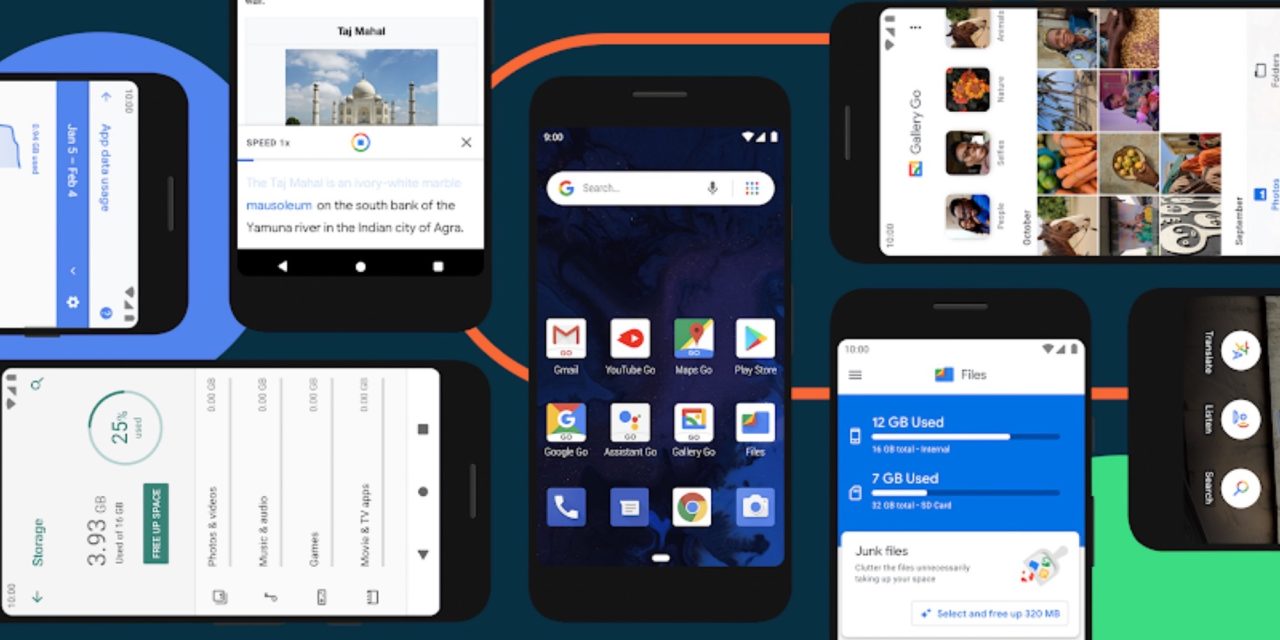 Last year, Android (Go edition) launched with Pie, and Google today is detailing the latest version of its OS for entry-level smartphones with less than 1.5GB of RAM. Android 10 (Go edition) is “faster and more secure,” and coming this fall.

On the security front, Android 10 (Go edition) adopts Adiantum, a form of encryption built for lower power devices that Google introduced earlier this year. It allows these resource-constrained devices to encrypt data without impacting performance.

Adiantum is built to run efficiently without specialized hardware, meaning all Go edition users will have the same level of data security as any Android device, without compromising performance. This will make the next generation of devices more secure than their predecessors, and allow the next billion people coming online for the first time to do so safely.

The first Android 10 (Go edition) devices are launching “later this fall,” with the effort getting an updated logo.

Meanwhile, Google has provided a status update on the platform. In the last 18 months, over 500 manufacturers have launched more than 1,600 Android (Go edition) device models to 180+ countries. The includes India, South Africa, Nigeria, Brazil, and the United States, with Go making up over 80% of entry-level Android phones activating today.

Most Android (Go features) are app-based, with Google touting some features announced in the past year today. Google Go has an AI-powered read-out-loud feature, as well as Google Lens. Gallery Go is the most major announcement since last year and is just 10MB in size with machine learning to organize shots into categories.