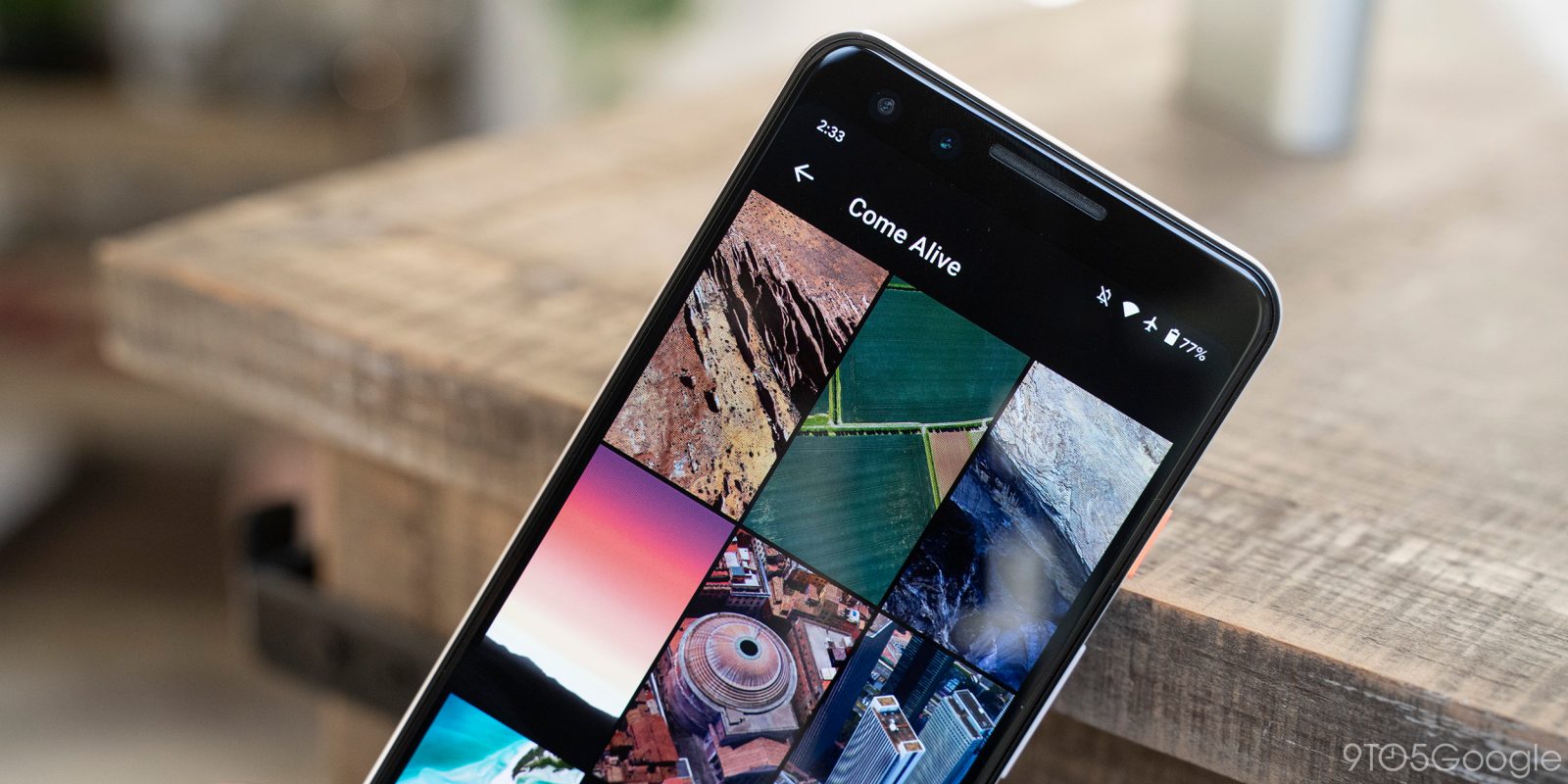 One whimsical Pixel tradition sees Google introduce a new set of live wallpapers every phone generation. While some have carried over year-to-year, there is mostly a reimagined collection every fall. For 2019, Google looks to be letting Pixel 4 users select past wallpapers from every previous phone.

This is great for Pixel 4 and Pixel 4 XL owners that have a favorite live wallpaper from years past. Devices that have found their way into the public come preloaded with a “Pixel Live Wallpapers” APK. It currently has a homescreen icon when installed on the Pixel 3 that features abstract shapes and just opens app info.

The old backgrounds are accessible in the new Material Theme Google Wallpapers app, though the presentation will likely be tweaked on the Pixel 4 instead of appearing within the existing Pixel 3 categories. [Note: At this time, they cannot be set as the wallpaper and only a fullscreen preview is possible.]

Almost every single one created is now available. From the original Pixel and Pixel XL, there is the phenomenal “Horizon” wallpaper that reflects your phone’s battery life.

“Look to the horizon. The sun rises as your phone charges, and lowers as the battery is used.”

From the Pixel 2 and Pixel 2 XL: “A walk in the clouds, Hawaii,” “Calming coastline, Lagos,” “Flying above, Monument Valley,” “Hidden fires, Mount Vesuvius,” and “Hint of salt, Salar de Uyuni.” “Your whirled” is present, but only in blue:

Local wind patterns swirl and twirl in real time, based on your location.

The fact that not all six “Your whirled” colors are included suggests a purposeful curation by Google that bodes well for the past wallpapers appearing on the Pixel 4. While some have managed to sideload old Pixel wallpapers, it’s great that Google could now be providing them officially.