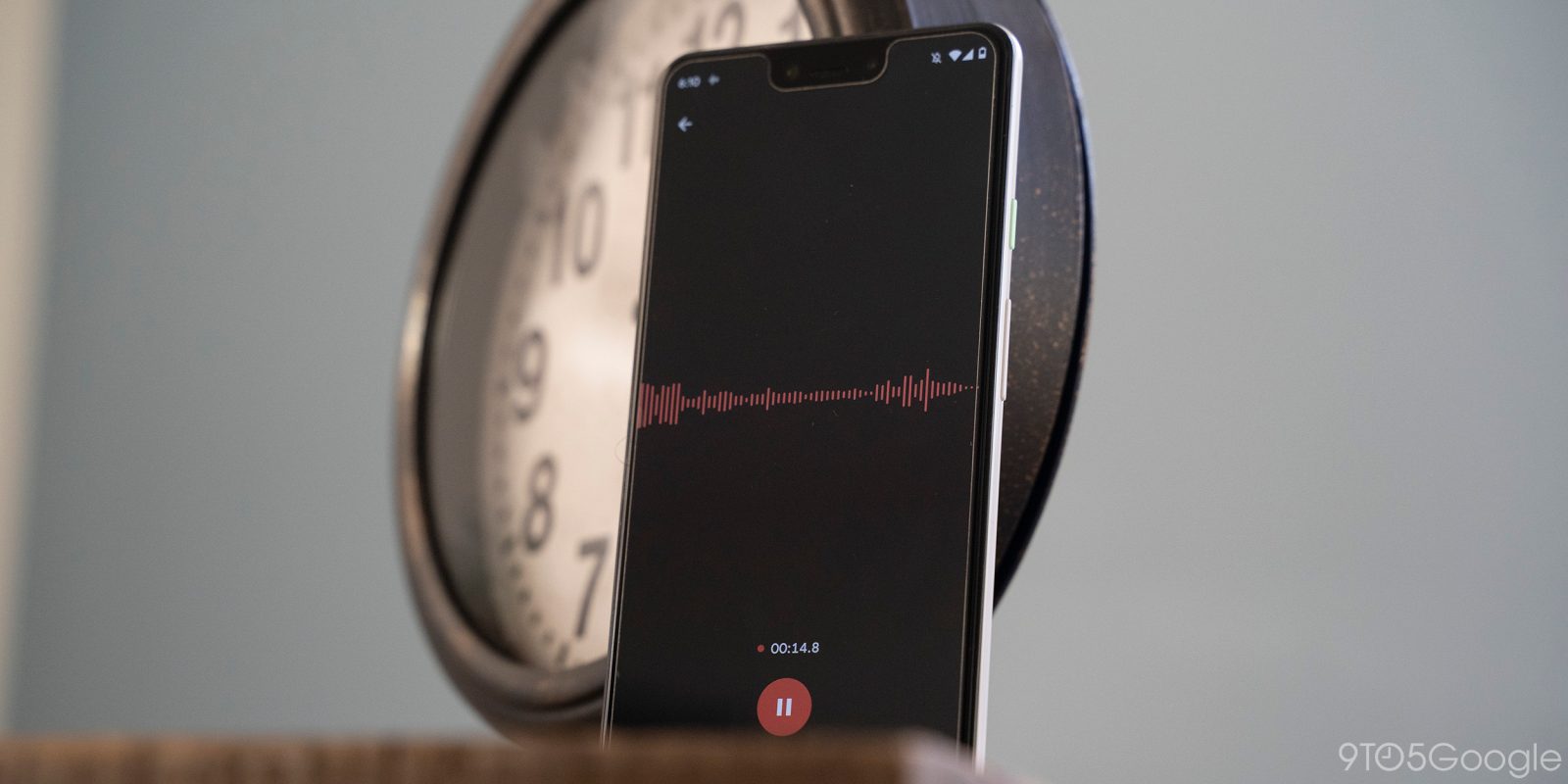 In quite a few leaks of the Google Pixel 4, we’ve seen a mysterious new app simply called “Recorder” that we assumed would work as a voice recorder. Now, we’ve got our hands on the app to show you what it’s capable of… which is pretty much exactly what we initially thought.

The “Recorder” app pre-installed on the Pixel 4 — at least the early units we’ve seen floating around in various leaks — is nothing more than a simple voice/sound recorder. The app’s icon is a bright orange color with an audio waveform pattern on it, but the interface itself is a stark white color by default. When you open the app, there’s nothing more than a record button at the bottom of the app.

When you hit record, the app shows the sound being recorded with a live animation. Recording can be paused at any time, and when paused/stopped, an option to give the recording a title appears at the top of the screen. A checkmark at the bottom of the interface then saves that recording. As recordings are populated, they appear on the main screen of the application.

Once recordings have been saved they can be shared from the playback interface. The files themselves are not accessible through file manager apps, as they are stored in a private folder that isn’t user-accessible.

Of course, this wouldn’t be a stock Pixel 4 app without support for Android 10’s dark theme. There’s a manual toggle in the app’s (very limited) settings menu, and by default, it follows the system-wide toggle.

What does this mean for the Pixel 4? Aside from having the handy utility of a built-in voice recorder, it could mean Google is taking a little bit of extra pride in the new Pixel’s microphones. That’d certainly be a welcome improvement, considering Pixel devices have historically had pretty poor audio recording in video.