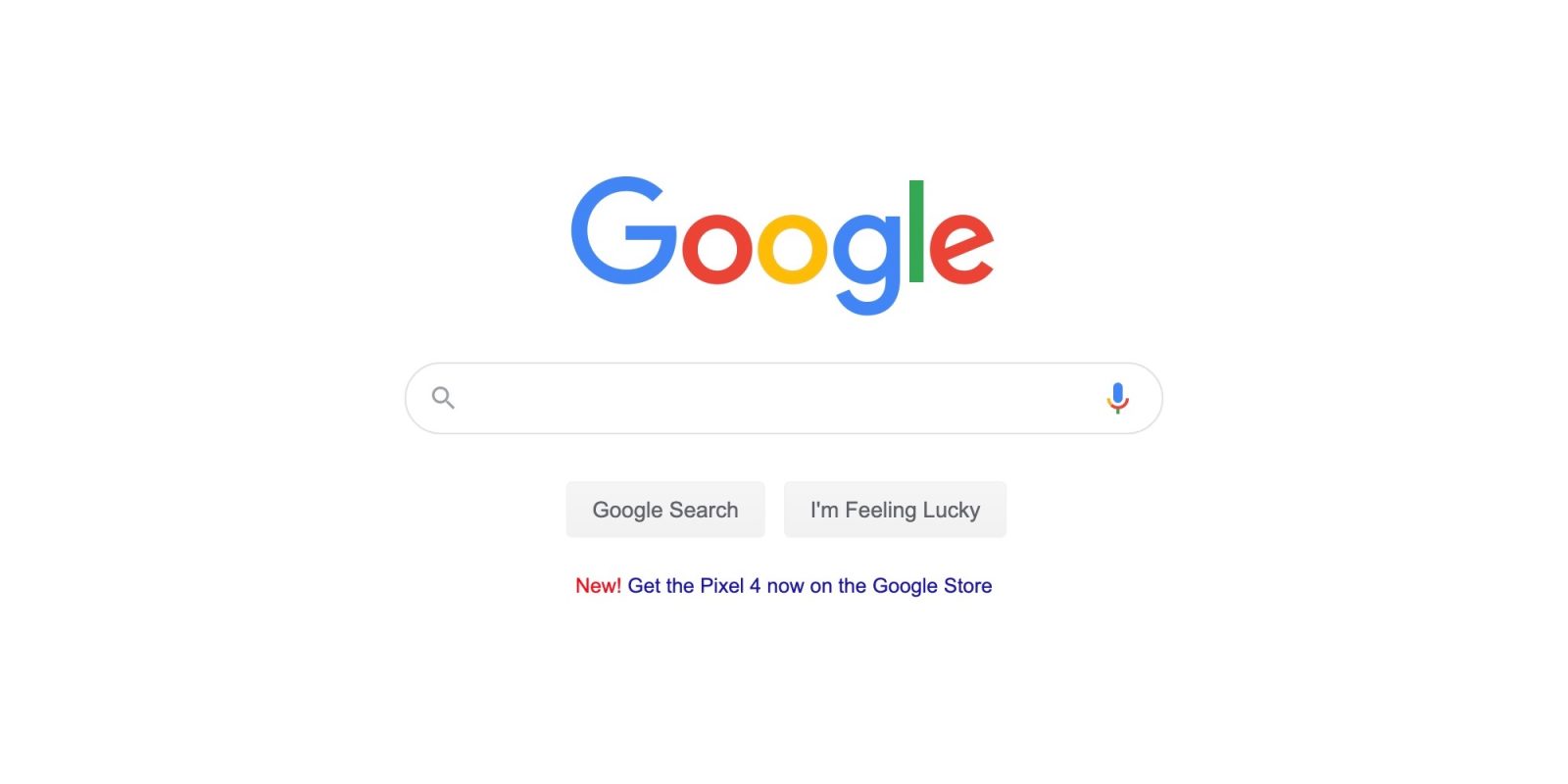 While many pre-orderers received shipments earlier this week, the Pixel 4 and Pixel 4 XL officially launches today. Google is marking this occasion by highlighting the hardware on the Search homepage.

Historically, the company promotes new products, notable features, and important causes just underneath the pill-shaped search field and two buttons. Today’s just says “New!” in red and how you can “Get the Pixel 4 now on the Google Store.” This Pixel 4 Google homepage ad is relatively subdued compared to a pop-up for the original phones in 2016.

The first-party store has indeed changed from pre-order to “Buy,” though the introductory $100 credit for purchasing early is available until Saturday, October 26. This “Promotional Balance” will be applied to accounts within six to eight weeks.

Shipping for most models is delayed about a week as of today. The Pixel 4 starts at $799 and the 4 XL $899 for 64 GB. Doubling storage adds $100, while three colors are available: Clearly White, Just Black, and Oh So Orange. The latter limited-edition hue is already out of stock in some storage variants.