[Update: On homepage] Google Stadia ad will appear on your first search today 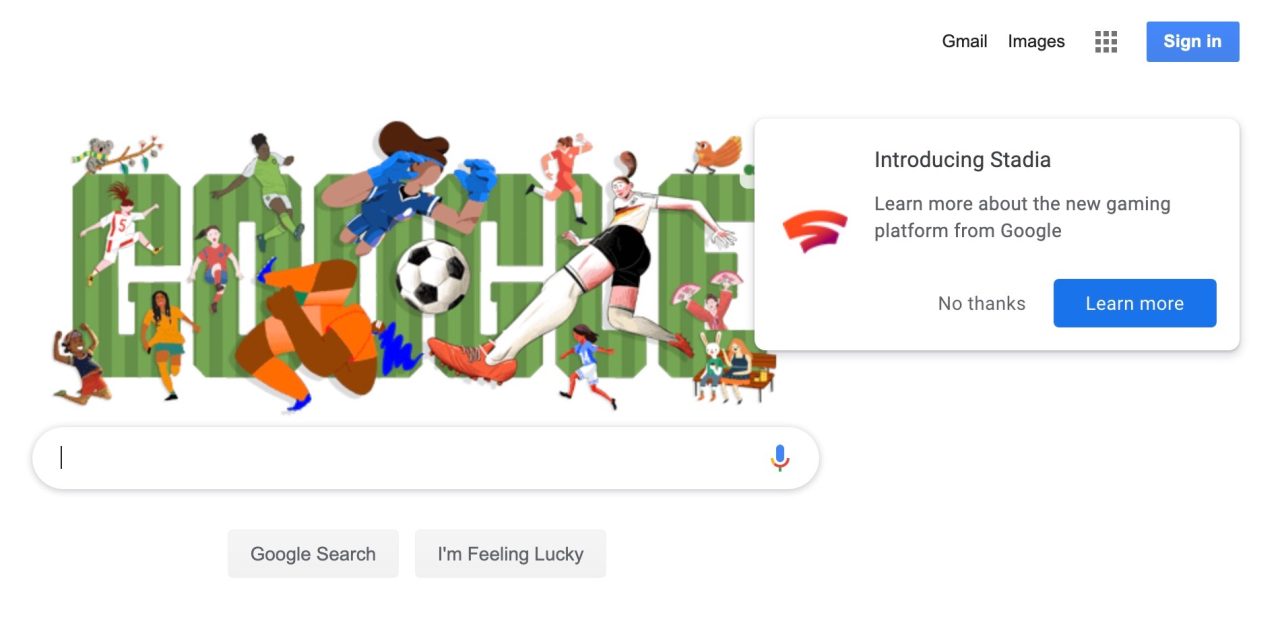 At the first Stadia Connect livestream, Google unveiled key details about its game streaming service, including pricing and titles. A day later, the company is advertising Stadia across Google Search.

Your first visit to Google Search today (either signed-in or logged off) on the desktop web will pop up the rounded banner in the top-right corner of the screen. “Introducing Stadia,” Google invites users to “learn more about the new gaming platform.” Clicking will open the Google Store listing for the Stadia Founder’s Edition. Stadia.com now also redirects to that pre-order page.

This bubble appears on both Google.com and Search results (i.e. if your first visit to Google is via searching in Chrome from the New Tab page). In the latter example, it will follow users as they scroll down the page. “No thanks” immediately dismisses the banner, but it will automatically disappear after that visit.

When Google advertises new hardware or software, it’s usually through a one-line prompt at the bottom of the iconic homepage. The Google Stadia ad that follow users across Search is much more prominent.

In linking to the Founder’s Edition, Google’s “Learn more” first presents people with the $129 bundle price in the top-right corner. The free Stadia Base to $9.99 per month Stadia Pro comparison is near the bottom half of the page. In between are details about cross-device play, specs (which might not necessarily appeal to the casual gamer), the ability to test internet speeds, and available games.

The long explanation of what users get — Stadia Controller, Chromecast Ultra, three-months Stadia Pro, Stadia Buddy Pass, exclusive username/badge — with the bundle is just above the service tier comparison.

It’s unclear how long the Google Stadia ad in Search will stay, but with five months to go until November expect a bigger consumer push nearer launch.

Update 8/21: Following the second Stadia Connect livestream yesterday where seven more games were announced, Google is advertising its upcoming streaming service on the homepage. Underneath the search bar, the “S” beacon icon appears alongside “New! Welcome to Stadia, the future of gaming.” Clicking opens the Google Store pre-order page for Stadia Founder’s Edition, which is almost sold out in some of the initial 14 countries. 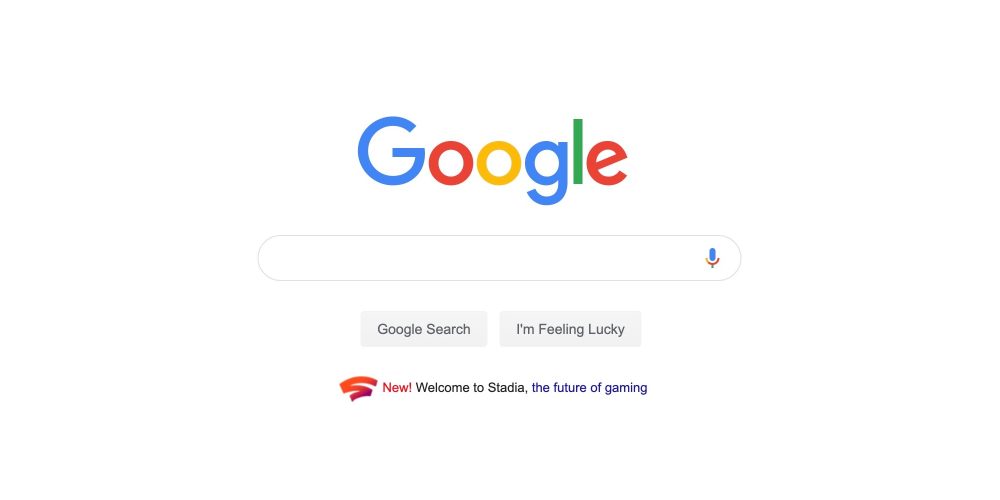