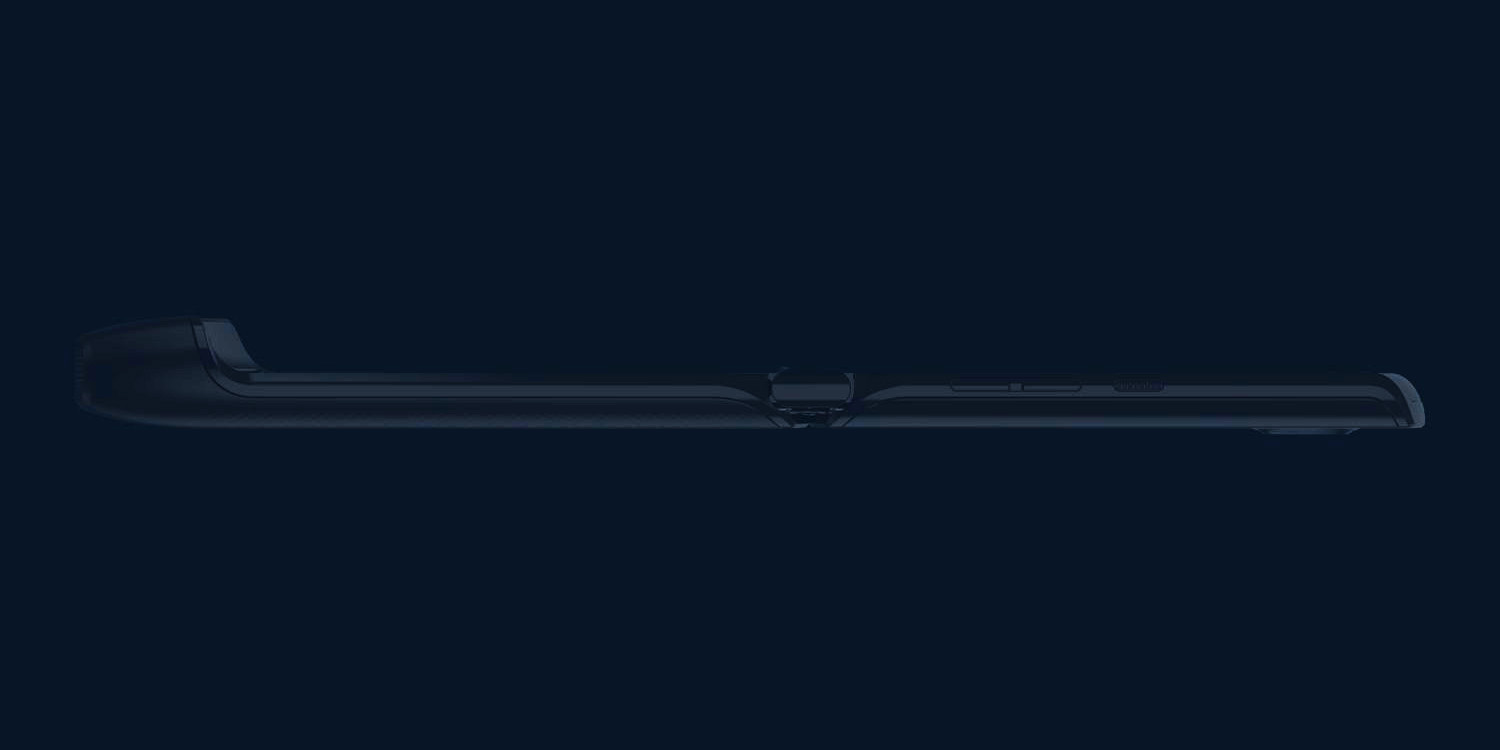 Motorola is hosting an event later today to unveil its first foldable smartphone following a collection of leaks earlier this month. Now, Motorola has confirmed the design on Twitter with a Razr teaser right as FCC images show off the live design again.

An FCC listing for the Motorola Razr went live early showing off several images of the device from the outside and the inside too. Looking firstly at the external design, there’s a textured rear plate with a classic Motorola “dimple.” The front, on the other hand, is made from glass with a camera.

At the bottom of the device, there’s that notable “hump” design which also makes room for the USB-C port and a fingerprint sensor too. The rest of the device is extremely thin. The display is also seen here turned off, showing no crease in the panel as we’ve seen on the Galaxy Fold and Mate X.

These FCC photos which went live early also show off the internals of the phone. This confirms the Qualcomm chipset as well as the camera components and the battery too. However, it appears there may be more than one battery as the one pictured here is an extremely small 1165 mAh cell. However, this is the only battery shown in these photos.

Alongside the FCC pictures, some of Motorola’s Twitter accounts recently changed their cover image (via Android Authority) to a dark image which, upon closer inspection, reveals another official teaser for the upcoming Motorola Razr. Mostly, this image just confirms what we’ve seen in previous leaks of the device with its tall folding design and “hump” along the bottom of the device.