Google Pixel 3a re-review: Still the best of Google in a budget package [Video] 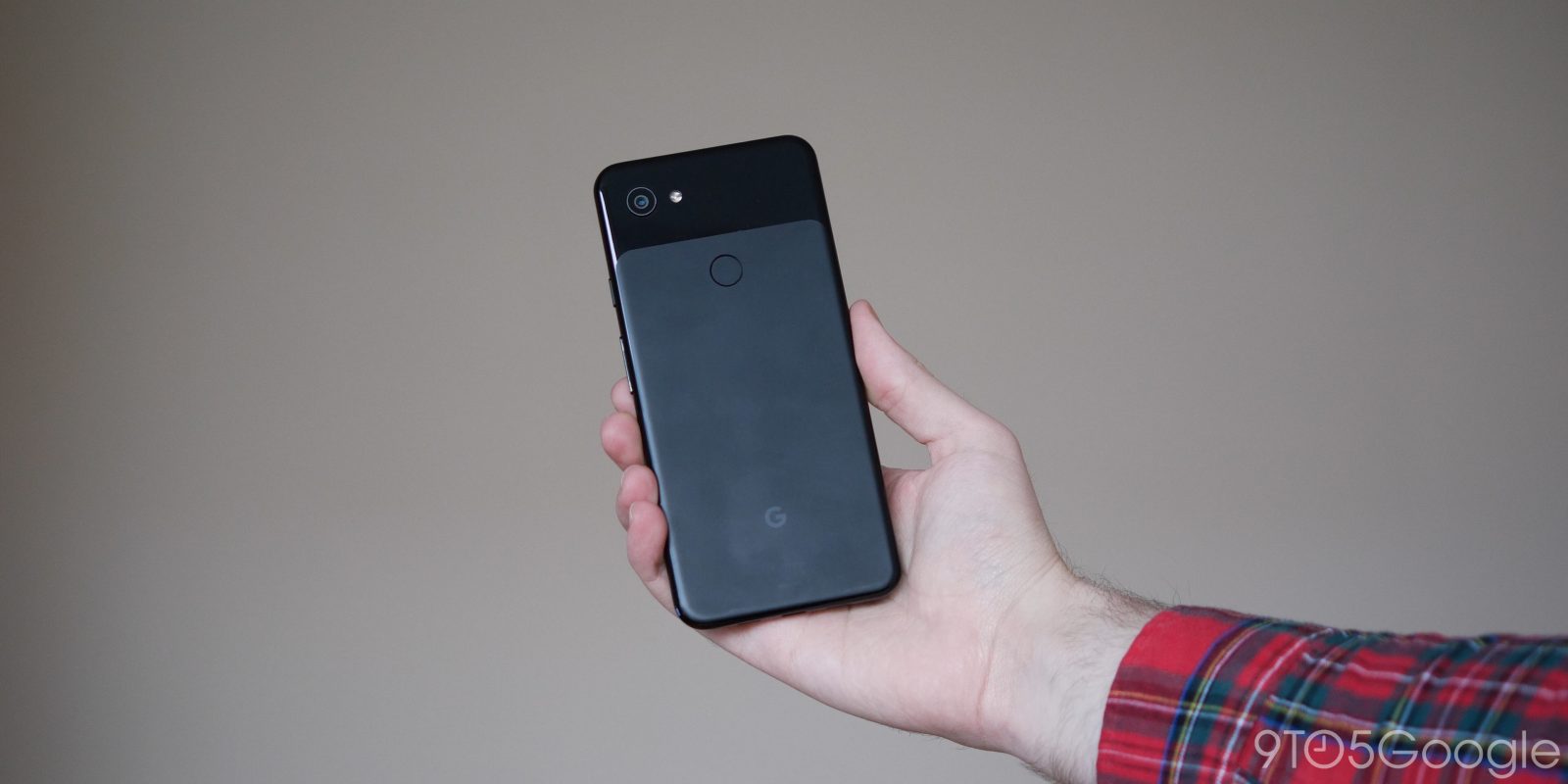 When the Pixel 3a was leaked — multiple times — it seemed like a weird device a little out of place with what Google has been trying to do over the past few years within the premium flagship space.

Despite that, in our opinion, the Pixel 3a is arguably the best Pixel phone to date for a number of reasons. Pricing is just one of those factors, as the entire package works cohesively and consistently while the entry cost means the compromises feel like far less of an issue.

The budget Pixel has been available for just over six months now, with plenty of new releases since it first hit the market. Despite the challengers and even the release of the Pixel 4, the 3a and 3a XL still remain a valid purchase for people that want the best of Google but without the associated price-tag.

It’s still the case that if you know your stuff and do your research, it’s true that on paper you can get a few smartphones that have better raw specifications. The flaw in that plan though is that spec sheets don’t count for a lot if the overall experience is poor.

Both 3a devices forgo the hype, forgo the unnecessary nuances and extras to deliver you the lowest price Pixel to date — and possibly the one you still should go out and buy. 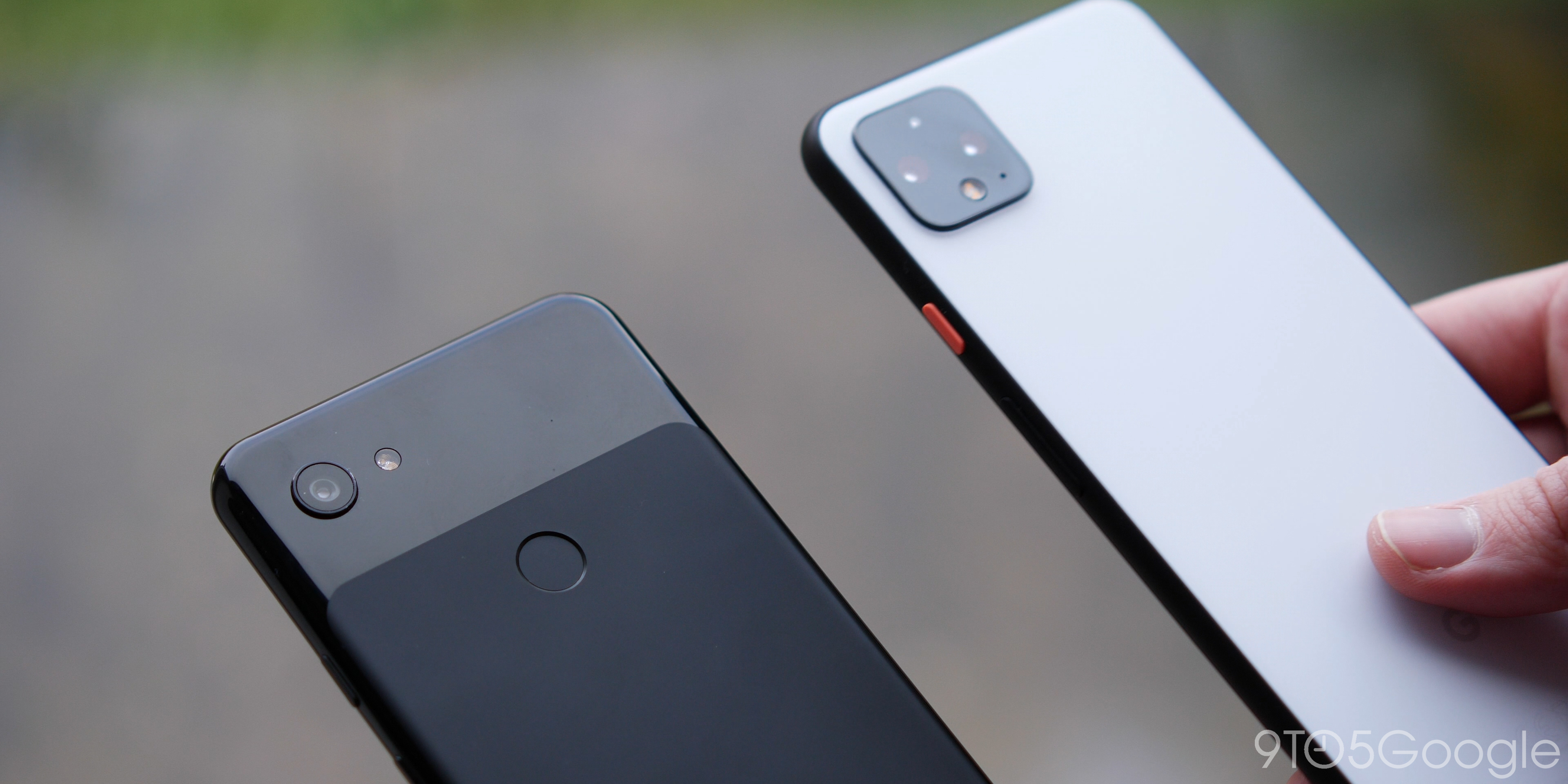 When compared to the brand new Pixel 4, the 3a does feel a slight step behind in the design stakes. It looks slightly out of place with the new design aesthetic that Google has adopted for its flagship line but it is still an attractive device.

The two-tone look and rear-mounted fingerprint reader almost feel like a throwback at this point. Especially as we’re seeing phones forgo the physical reader and go for a multi-colored rear panel made of glass. I said in my original review that the two-tone design mimics the frosted glass of the Pixel 3 well, and I stand by that. Despite being polycarbonate, the phone feels great in the hand and looks good period.

Not adding the notch to either model was a super design decision and while there is plenty of forehead and chin, the design at the front doesn’t feel particularly dated. The FHD+ OLED display is also one of the best I’ve seen on a cheap smartphone and still looks great full stop. I’m kind of glad it’s a nice flat display too, as we’re seeing more and more curved displays that look nice but aren’t all that fun to use. 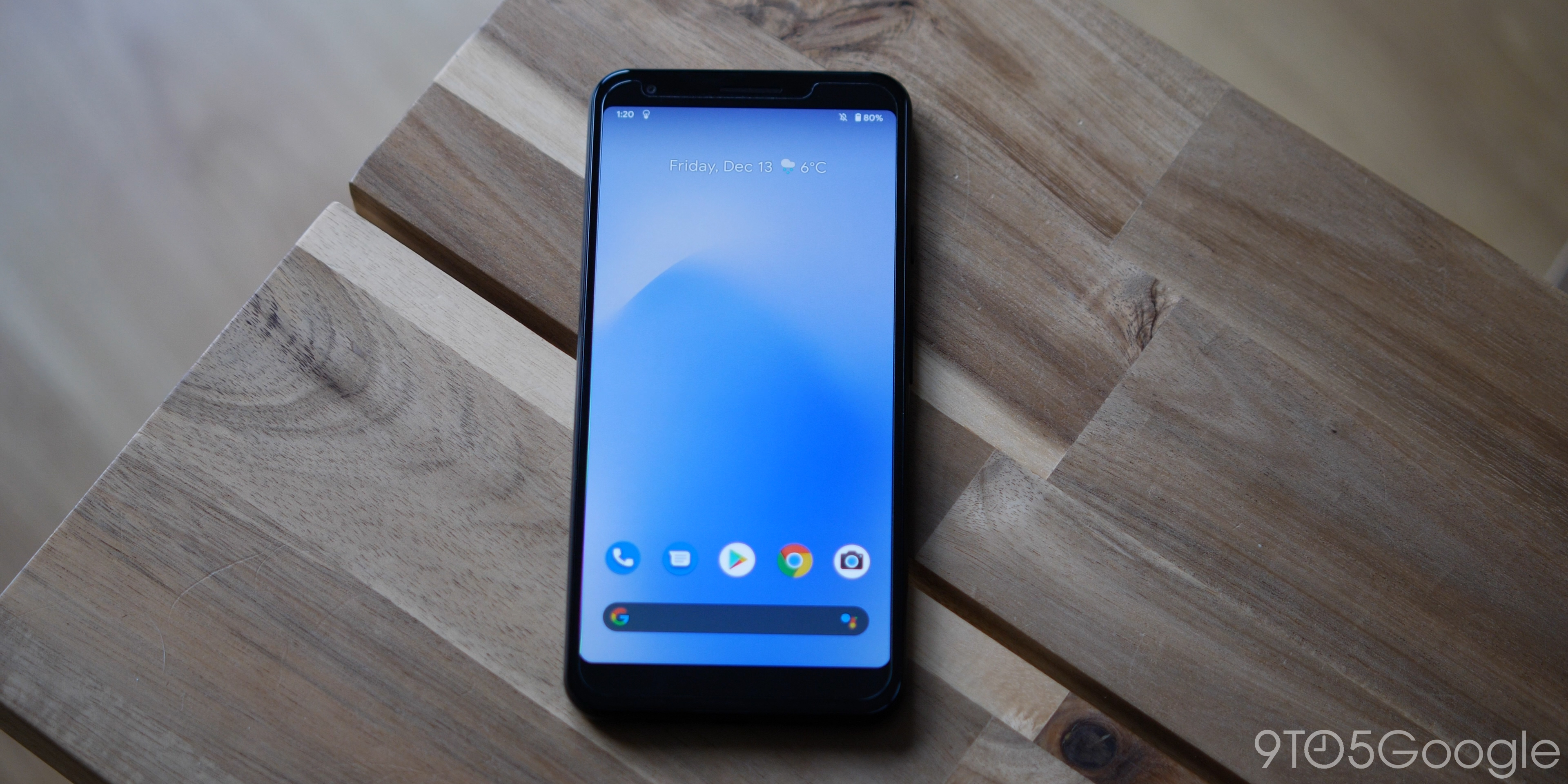 I had been worried about the somewhat soft Dragonglass display but a screen protector has ensured that scratches and scuffs have not been an issue. The rest of the design also ensures that you feel more confident about a potential drop — something I’ve done a few times already. I’d still recommend a decent case though as just because something is cheaper doesn’t mean you want to risk damaging it.

The inclusion of the headphone port has been a welcome one too, as I can plug in my favorite wired Sony headphones. It’s not a dealbreaker (or indeed dealmaker) but it’s really nice to have a Pixel at this stage of 2019 with the ability to plug in wired headphones. I would prefer it slightly more if it were at the bottom of the phone but I still love the inclusion.

I can’t really fault the design given it follows the 2018 Pixel rather than the new 2019 design. It’s clean, simple and doesn’t feel at all dated despite having technically a 12-month old form. The missing water resistance rating still stings but hopefully, we’ll see that on the Pixel 4a. 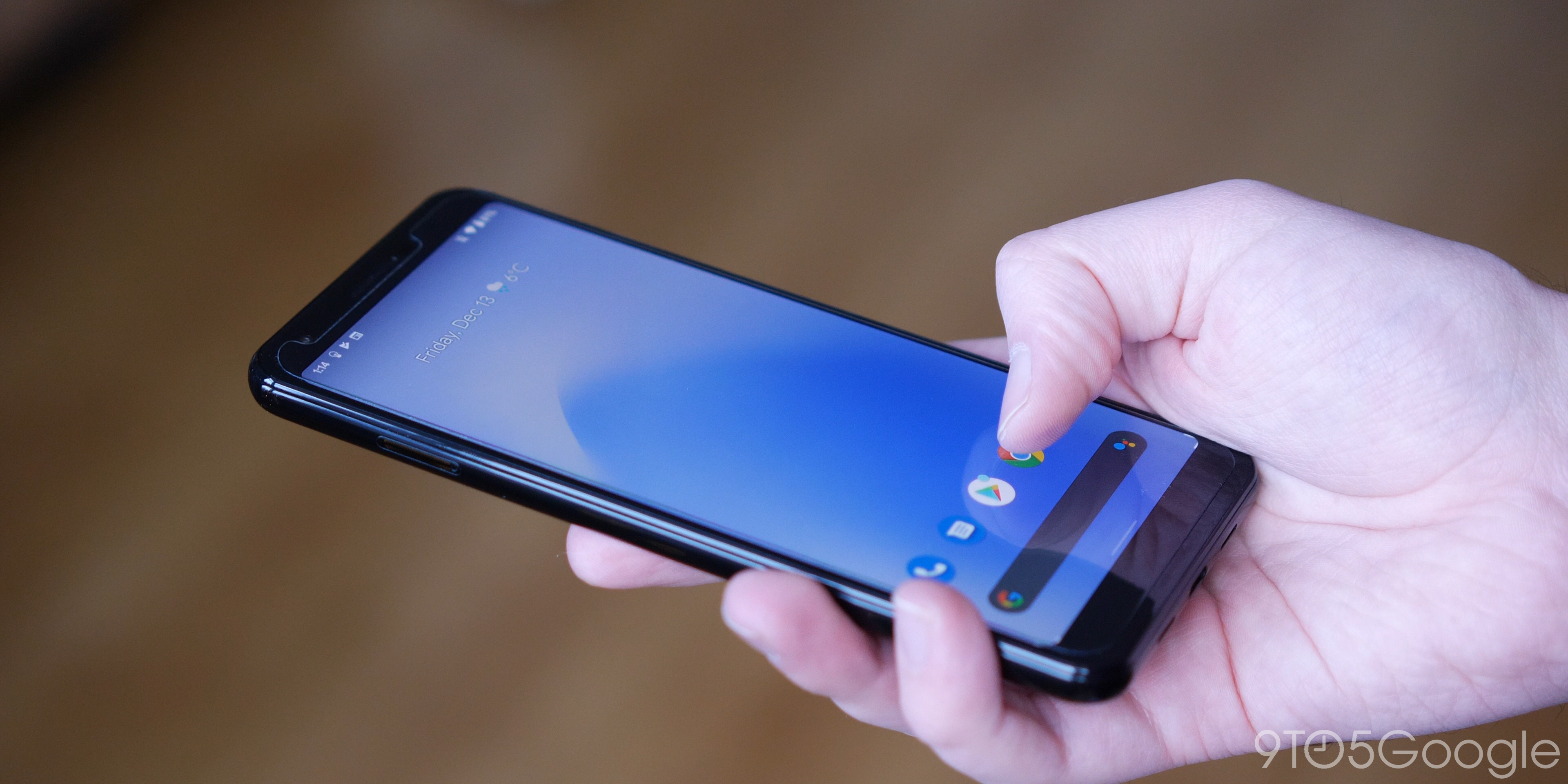 The biggest surprise factor is just how well the Pixel 3a performs. The internals are particularly modest but it’s the Pixel version of Android that really eeks out so much from the Snapdragon 670 chipset and just 4GB of RAM.

Android Pie was excellent and ran superbly. It’s also worth noting that the RAM issues that the Pixel 3 has suffered with didn’t seem quite as much of an issue on the Pixel 3a. The upgrade to the latest version of Android has helped tremendously though in my experience — not that it was bad prior.

I’ve refrained from playing some of the more taxing gaming titles like the recently released Call of Duty Mobile but being able to play most games is more than enough. However, the fact that Google Stadia is compatible means that you can play true triple-A videogames anyway without the internals even becoming a factor. 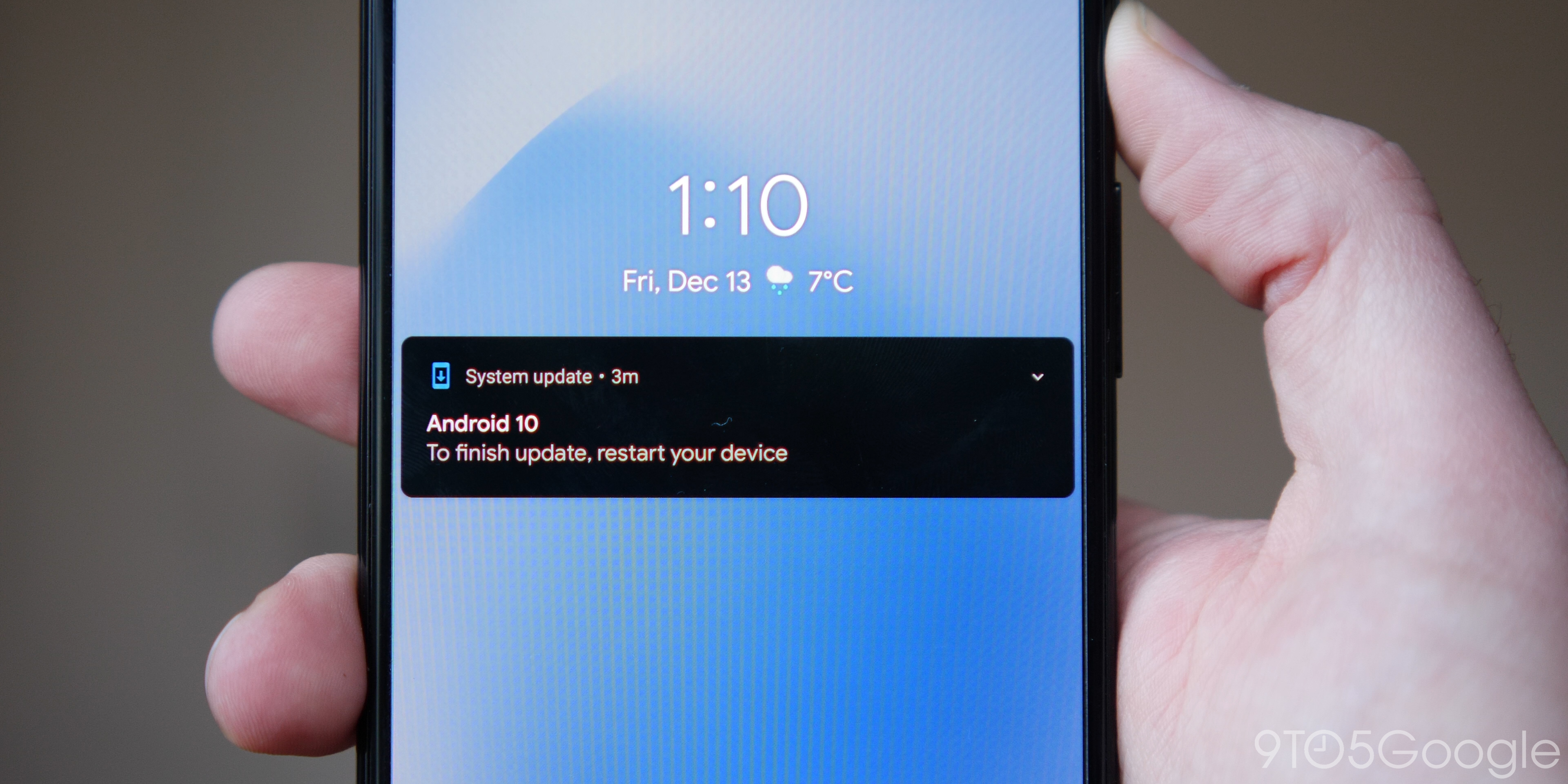 The biggest upgrade throughout the short lifespan of the Pixel 3a so far has undoubtedly been the recent release of the full Android 10 update. While the 3a was great on Android Pie, it flourishes with the latest OS upgrade and now offers an even better experience than it did at launch.

I will say that the smaller size of the Pixel 3a really lends itself well to the navigation gestures. Because it’s more usable in one hand, the gestures feel like the perfect fit — although that does depend heavily on how large your phones are.

Getting features ahead of phones that cost nearly three times as much is something that won’t ever get old. There are even more little nuances that are part of this clean version of Android that gives you an experience that you won’t find at this price point anywhere. The system-wide dark mode is also excellent now that almost every Google app has been themed.

Expect to see more features coming soon like Live Captions, Top Shot for video and yet more with the future release of Android 11. If you want the latest and greatest software, the Pixel 3a might be the cheapest way to get them. 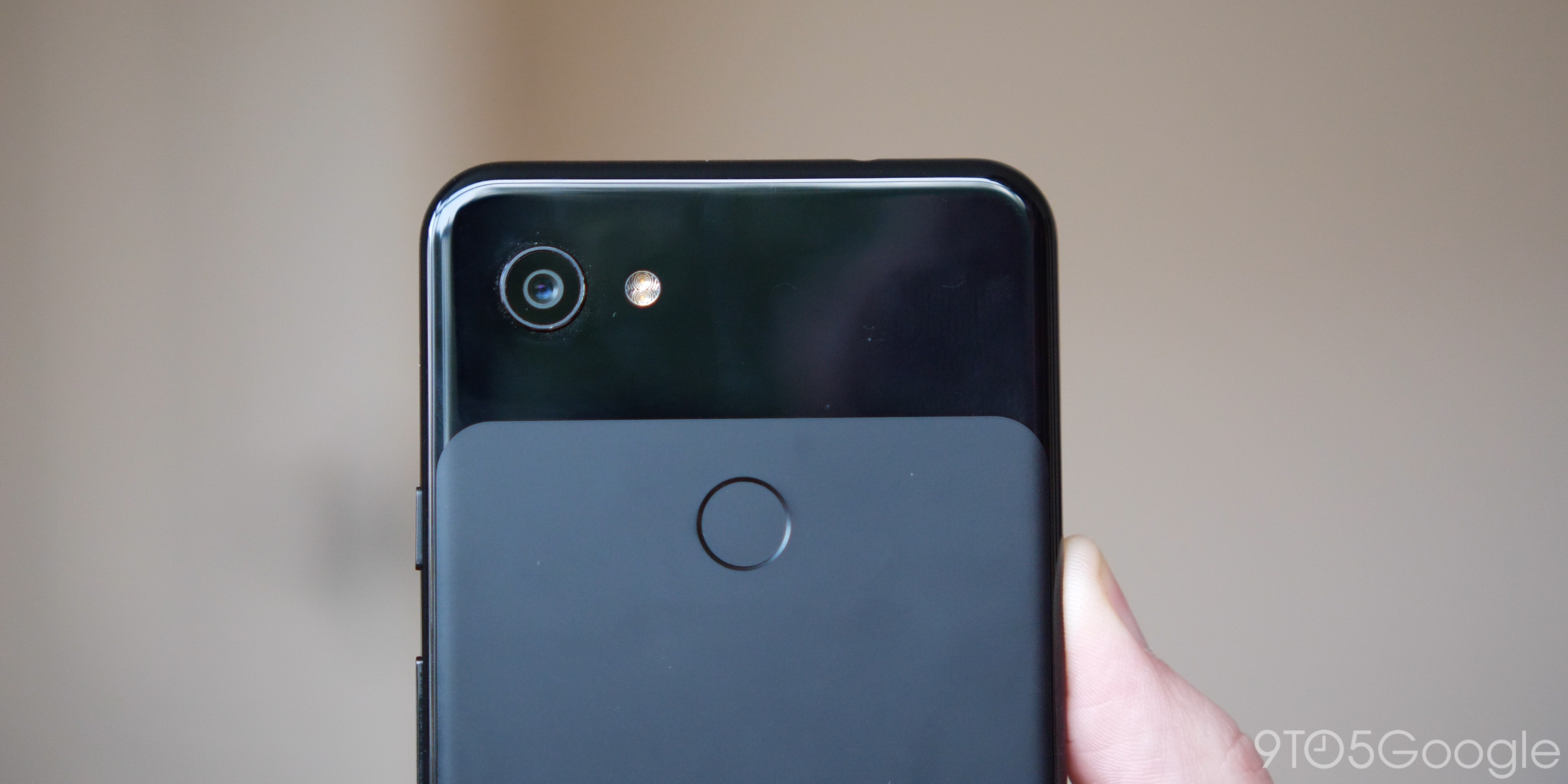 Even with phones throwing more lenses — and therefore more flexibility — into the mix, the Pixel 3a manages to have one of the best cameras on the market. Google does things with a single lens that still remains the envy of the tech space.

It’s astounding just what you can capture with such an affordable smartphone. While the Pixel 3 is marginally better thanks to greater processing grunt, the Pixel 3a creates essentially identical images that stand toe-to-toe with the best in the industry. You really do have to pay up to triple the entry price to get results that match or exceed the quality of this oh-so-impressive single-camera setup.

The processing time after taking an image is a little bit annoying but all is forgiven when you see the end result. The improved Night Sight also puts this camera setup lightyears ahead of much of the budget crowd, while the new Astrophotography mode is just icing on top of an already astounding cake.

Video is another matter, it’s still better than most at the same price-point but the amount of shooting modes is a little limited. The 4K UHD footage at 30fps is good though, the option is there should you want to capture UHD video but given the small 64GB of storage, it’s not recommended. 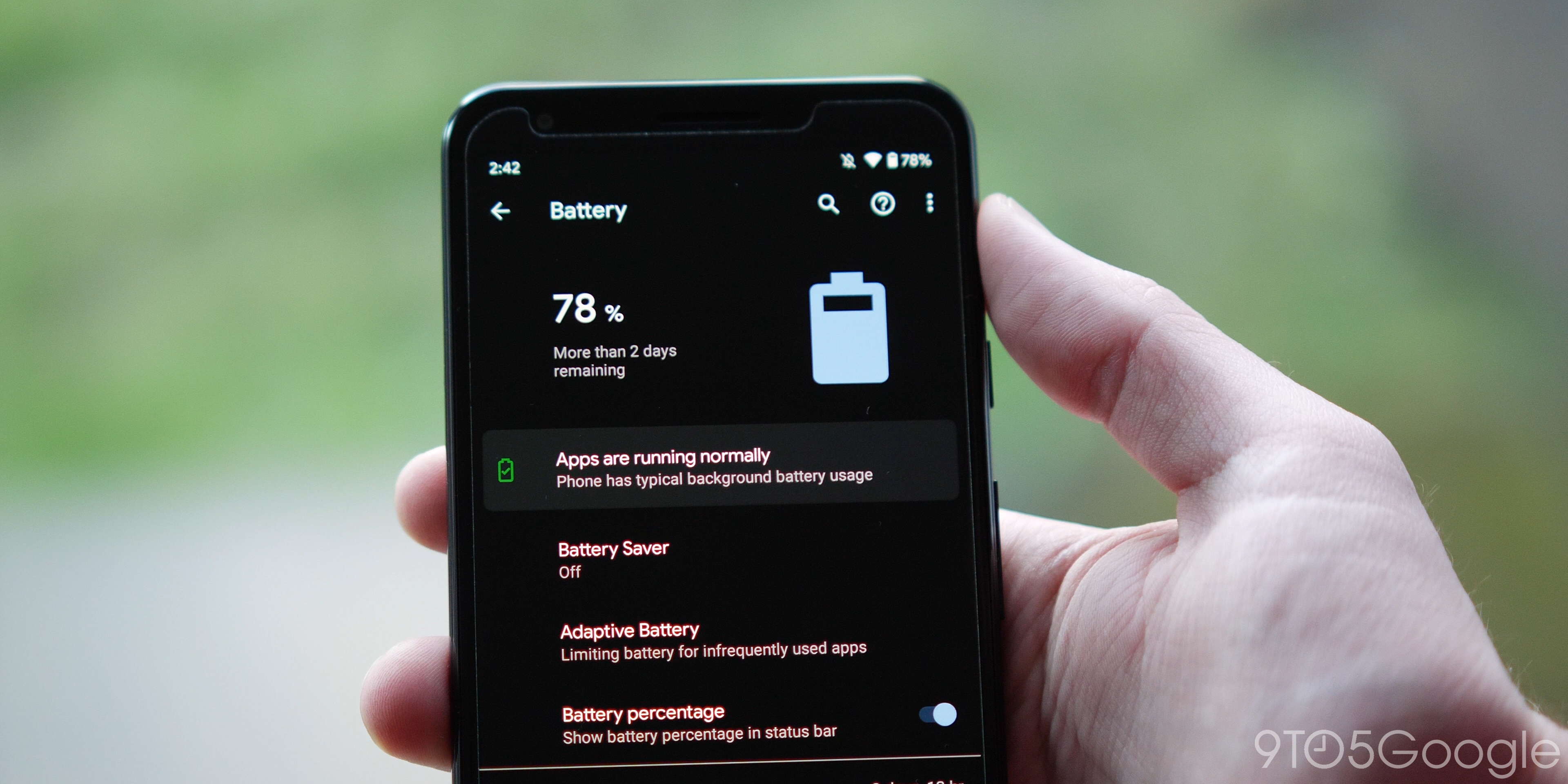 Lifespan is one area that no phone really improves over time but luckily the Pixel 3a has impressive all-day longevity. The 3a XL with that 3,700mAh cell can last a particularly impressive length of time. I’ve regularly seen Screen on Time reach 7 hours and I’ve even managed to garner 10 hours on a few occasions.

Getting an 18W fast charger in the box is welcome inclusion but I really didn’t think I would have miss wireless charging so much. I’ve become almost accustomed to it thanks to the Pixel 3 XL and really hope we see it on the inevitable Pixel 4a.

Google really was on to a winner when the Pixel 3a and 3a XL were announced. Both phones offer so much for a far more palatable price tag. You get one of the best solo camera systems on the market, a fantastic Pixel design, reasonably solid battery life, a headphone port, and exceptional software experience.

The Pixel 3a makes you reassess what you really need in a smartphone by giving you just enough of what makes a good smartphone. It’s made me question what I want from a phone and I’ve even used it as my main smartphone until the release of the OnePlus 7T in late September.

This ‘everyman Android’ really is a fantastic phone for just about anyone out there — from tech-phobic to tech fan — which really is the magical selling point for a truly fantastic product.

Where can I get the best deal on the Pixel 3a?

You can pick up the Google Pixel 3a and Pixel 3a XL unlocked on Amazon from just $379 — making it a great holiday gift. Alternatively, you can pick it up for just $349 from Best Buy. Luckily, it’s available from almost all US carriers too.