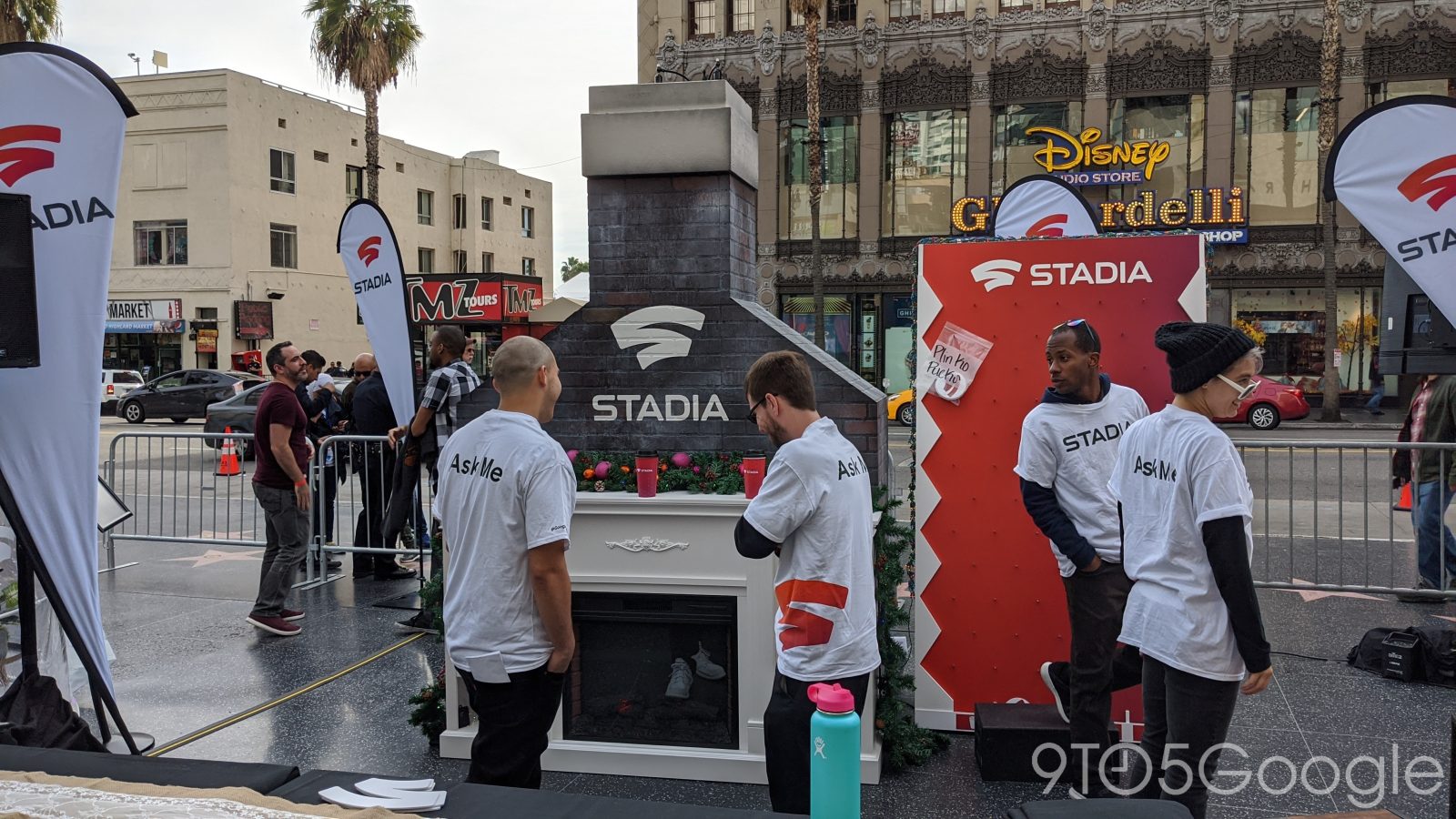 In not having its own retail presence, Google over the years has turned to pop-up shops, especially during the holidays. The latest is for Stadia and the demo experience for the up-and-coming game streaming service is more important than any other Google product that came before.

Google pop-ups date back to Nexus hardware, but have gained particular notoriety with Made by Google. The most polished examples are temporary shops where you could actually purchase hardware. In past years, they went live after the October keynote and lasted into the holiday season. Other instances advertised Google Home and Assistant speakers.

The first Stadia Holiday Pop-ups today in Los Angeles, London, and Paris (December 13th) are decidedly more important. Everyone knows what a smartphone is, while the public was just inundated with affordable smart speakers.

A mass market game streaming service is a new concept and one that Google is pioneering ahead of Project xCloud and Nvidia GeForce. The company makes the argument that most people in the 14 launch countries have the necessary connection speed, but that arguably hasn’t been put to the test yet.

By design, the first few months of Stadia are behind a paywall that poses a higher barrier to entry than other Google debuts. To access, you need to purchase a $129 kit instead of just even being able to pay monthly. The lack of a free Base tier (coming next year) means that the promise of any URL serving as a portal to AAA titles is just not here yet without buying.

At the same time, Google this holiday season is gunning hard for people to purchase the Premiere Edition — for better or worse. You’ve undoubtedly been subjected to online ads talking about a “gaming revolution,” while the Google Store and official accounts have guides on how to gift Stadia.

This brand activation is definitely a “pop-up” in how confined and temporary (about 8 hours) the space is. The Los Angeles site on Hollywood Blvd is literally next to the Walk of Fame. A cordoned off strip contains three plastic geodesic domes that have an impromptu living room setup with large Chromecast Ultra-connected televisions and comfy chairs.

Off to the side is a seasonally appropriate hot chocolate station, as well as fake chimney with swag earned by taking “The Stadia Challenge.” This involves entering your email to get more information, partaking in a demo, sharing, and getting branded refreshments. After completing — verification is done with stamps on a postcard, you play pachinko. Prizes are handed out depending on what slot your Stadia puck lands in: jacket, coffee cup, blanket, or mystery.

Stadia as a service will eventually emphasize its YouTube integration heavily. In fact, each city has popular Creators doing livestreams from a Stadia-branded truck — down to the wheels — to drum up follower excitement.

This Google Stadia Pop-up in LA attracted a group that amusingly harbored a higher concentration of Pixel phones than normal. There was both interest from those already aware of the service, and those lured in by the bright ‘S’ beacon. Interestingly, there’s no Google branding anywhere that would otherwise be another sure attractor.

It’s all a very nice experience, but it simply needs to be bigger with more TVs. The first three pop-ups will help Google learn what the best way to sell Stadia is, and how much interest there is for real-life demos. A handful of people lined up when it opened in Los Angeles, and as the event stretches into the afternoon every seat is occupied.

Activations like these usually just raise awareness, but Stadia’s has the important task of convincing people that you can stream a game over the internet. In the grand scheme, there is something quite futuristic in playing a game on Hollywood Blvd with nothing more than a controller, streaming dongle, and screen. I believe it’s a technological feat that most people can appreciate.

All that’s remaining after that is letting them try at home. That’s not as simple as it could be this holiday season, but Google’s Stadia pop-ups are definitely getting people in front of the service.